If you needed another proof that Apple is not very good at online services, here’s one: the App Store, the Mac App Store and various other online services are currently down, according to a notice on Apple’s System Status webpage.

Other iCloud services were affected at the time of this writing and have been inaccessible to an unknown portion of Apple’s user base, including the Apple TV, iTunes in the Cloud and Volume Purchase Program.

UPDATE: The outage is more widespread than originally thought, with iCloud Drive, iCloud Backup, Mail Drop, iWork for iCloud, Photos, iCloud Web Apps and iCloud Storage Upgrades all having been affected as well.

The outage started at about 12:30pm. Multiple store, iTunes and iCloud services have been affected. “Users are experiencing a problem with the service listed above,” wrote Apple. 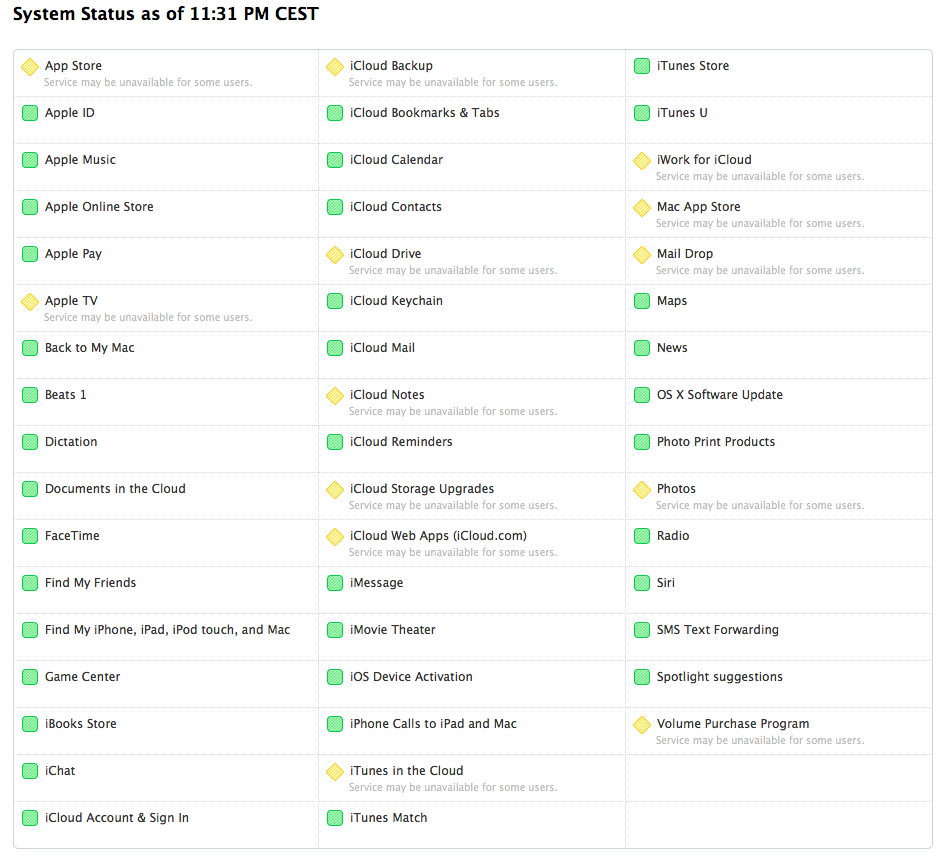 The company has acknowledged the issues and said it was investigating and promised to update the status “as more information becomes available”.

We’ll update the story as soon as these services have been reinstated.