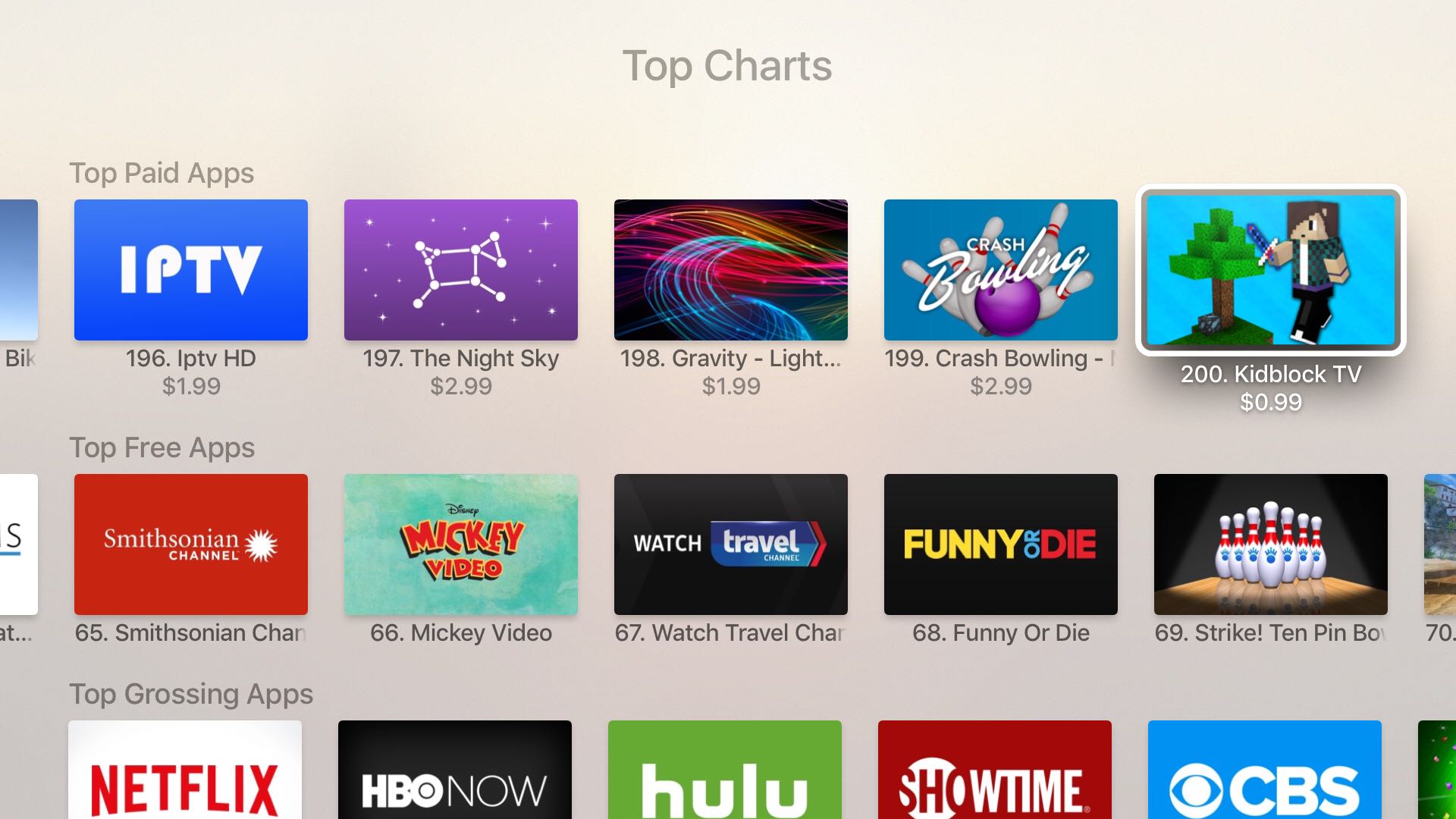 Apple seems to be making some changes to the tvOS App Store on the new Apple TV, with reports coming in that the store’s various charts now automatically hide any apps a user has installed on their device. This behavior is now consistent in the Top Paid, Top Free and Top Grossing charts.

As a result, no longer will everyone see the same entires as the “Top” apps have now effectively become the “Top apps that you haven’t installed yet,” as first discovered by Apple developer Equinux.

In the Medium article titled “How Apple is messing with tvOS top charts”, Equinox developers note that this change has been live since at least last week.

“After we released an update to Live TV (German TV Streams) last week, we were shocked to see it had disappeared from the Top Free charts,” reads the post. “Live TV has been one of the most popular apps on the Apple TV in Germany and has been in the Top 10 almost since day 1, so for it to disappear completely was inconceivable.”

But the app wasn’t pulled from the tvOS App Store, it just stopped being included in the Top Charts sections for those who installed it on their set-top box.

If you download Equinox’s TV Pro Mediathek from the German tvOS App Store, or any other app that’s on the charts, and then check the charts again, you’ll see that the app is gone from the charts and the next-placed app has moved up.

I’ve double checked if the iOS App Store had implemented this change at post time—it had not. At any rate, this is a welcomed change because it makes the charts on the tvOS App Store appear “fresher” to users.

This change came less than four months following the expansion which increased the number of apps listed on the tvOS App Store’s charts to 200 items per chart instead of 50 like before.

Earlier in the year, tvOS’s App Store also received a new ‘Not on This Apple TV’ sub-section within the Purchased section.