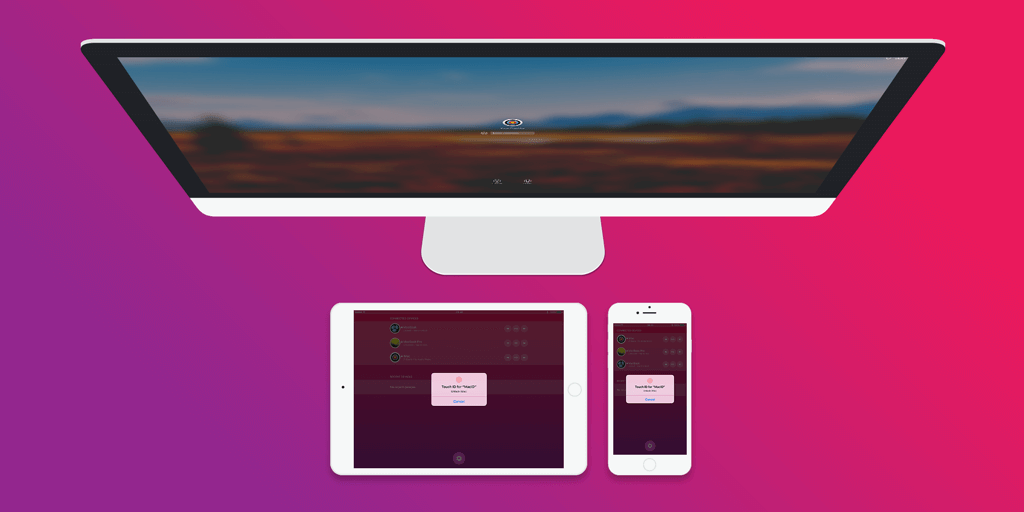 The popular app for iPhone and iPad that lets you unlock your Mac with your Touch ID sensor over a low-energy Bluetooth connection has received an important update on Tuesday that adds a number of new features to the app and fixes a number of previously-known issues.

The update is free for everyone who owns MacID already for both the iOS and OS X apps, and make the new features and stability available across both platforms immediately following installation.

An update everyone should get

Those who own MacID already, a $3.99 value in the App Store,  should know by now that the app is made with love from a single iOS developer, Kane Cheshire. His app updates are always extensive and detailed, cramming in every little bit of functionality performance that he possibly can into each release.

Version 1.3.4 of MacID for iOS and OS X is no different. Along with an extensive list of new features and improvements, MacID has been touched by a number of bug fixes that make this release the most stable yet.

Grabbing the updated version of the MacID app for iPhone and iPad is as simple as going to the App Store and visiting the Updates tab. Those with the app installed will see the update here and can easily install the update.

Among the things that are completely new in the new version of the app for iOS are:

NEW STUFF
• Adds new MacID for Apple Watch settings screen in the watch app itself
• Tap the little cog at the bottom of the screen on your watch & see new features such as being able to choose whether the MacID complication shows how many devices are connected, locked, or both! *crowd goes wild*
• You can now view the MacID for Apple Watch version in the new MacID for Apple Watch settings screen, so you can know for sure the right version has been installed on your watch
• When creating new home screen shortcuts, the Safari page where you save to the home screen now uses your chosen color scheme. Ooh!
• Home screen shortcut icons also now use your chosen color scheme and have a cleaner design. Double ooh!
• URL schemes can now handle multiple Macs per URL. Just add that to the list of awesome stuff MacID can do
• Adds new “unlock” URL scheme – using this scheme with Touch ID disabled in the app will allow your Mac to be unlocked using a URL scheme without having to use Touch ID
• Adds even more beautiful color schemes, which work on MacID for OS X and MacID for Apple Watch
• Updated Apple Watch notification design (unfortunately the color isn’t customizable in code yet so I can’t make the color schemes work with it. *more sad face*)
• If you receive an unlock notification while MacID for Apple Watch is active you can now action it from anywhere in the app
• You can now long-touch on the Settings navigation bar at the top to jump back to the start. Handy as MacID is getting so customizable with more options!
• Adds power saving options – you choose how MacID throttles the connection to save power for Low Power Mode
• Adds new MacID for Pebble options – you choose if MacID for Pebble automatically launches for all unlock requests, just Proximity Wake requests, or none
• Lifts 4000 character limit on sending clipboard text between devices. If you wanted send over the whole text of War & Peace to your Mac you could, if you had time to wait that long anyway 😐

Of course, because MacID has to run on your Mac too in order to work properly, the Mac app had to be updated as well.

The Mac App, which is a free download from the developer’s website, can be updated directly through the app’s built-in update menu in the MacID Menu Bar icon itself. 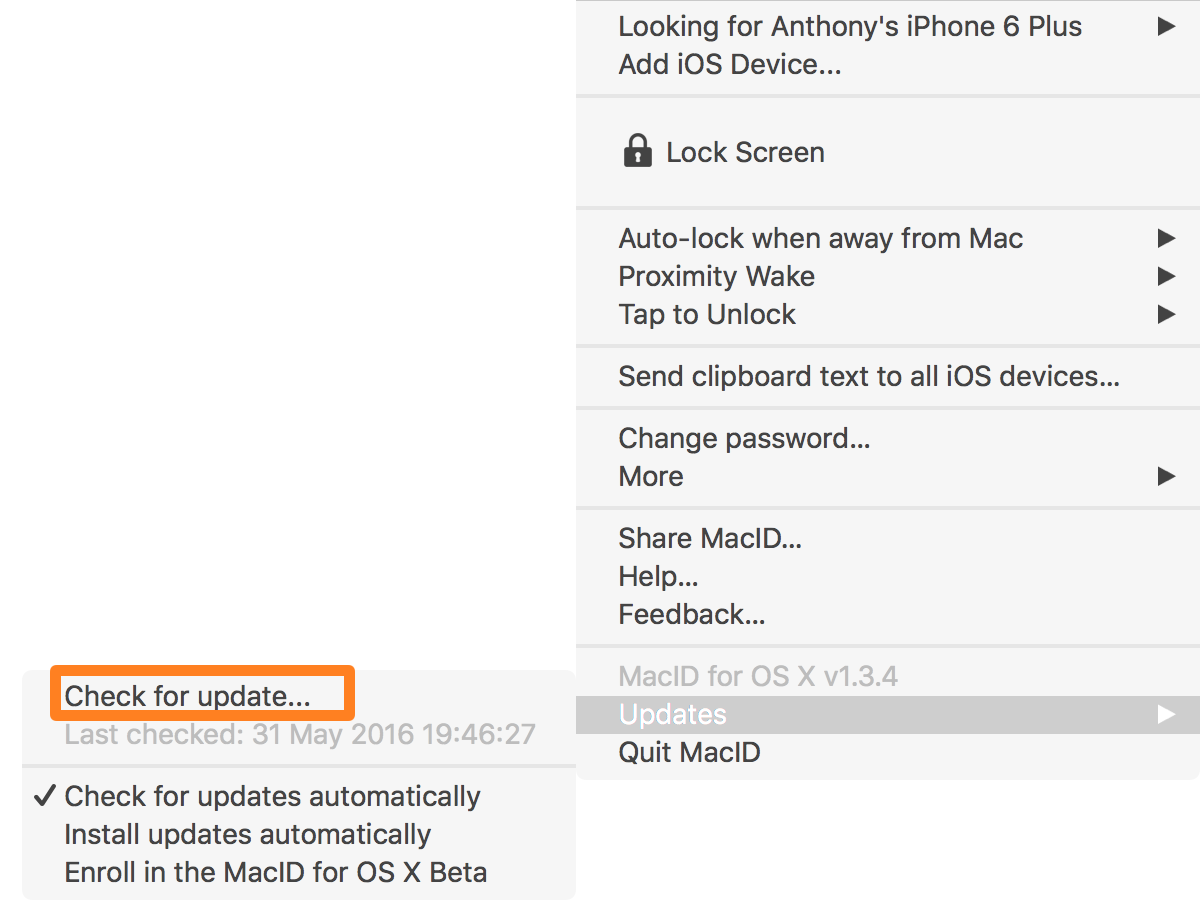 Among the things Mac users will be find new in this update are the following:

• You can now enable Tap to Unlock to work when Terminal is active, but note that there is no was for MacID to know if Terminal is asking for a password. This means tapping your tap pattern will always type your password into a Terminal window if it’s active.
• You can also now ask MacID to notify you when the Mac App Store requires your password. This also enables Tap to Unlock for the Mac App Store. This feature requires that your OS X account password and Mac App Store password are the same.
• The two new options above can be found in the new Advanced menu under More
• Increases the size of the Lock Screen menu item.
• Improves reconnection times a little.
• Includes support for the new MacID colors which you can choose in MacID for iOS.
• Improves elevated auth requests/admin requests by only notifying you if the system is actually asking for a password. Sometimes the system is just asking for your approval but not asking for a password, MacID can now tell the difference.
• Adds an option to make any paired device the primary device.
• Improves Tap to Unlock responsiveness when waking from deep sleep.
• Adds option to stop searching for devices when it’s in the “Looking for…” stage.
• Lifts the 4000 character limit for sending clipboard text.

MacID continues to be one of my favorite third-party apps for my iPhone, and without a doubt, is one of my most-used. You probably remember me discussing Tap to Unlock, which helps me to get into my Mac faster than typing a password ever would.

If you don’t already have MacID, and wish to try it, the app is available in the iOS App Store for $3.99, and the Mac companion app can be downloaded from the developer’s website for free.

Do you use MacID? Share in the comments below!