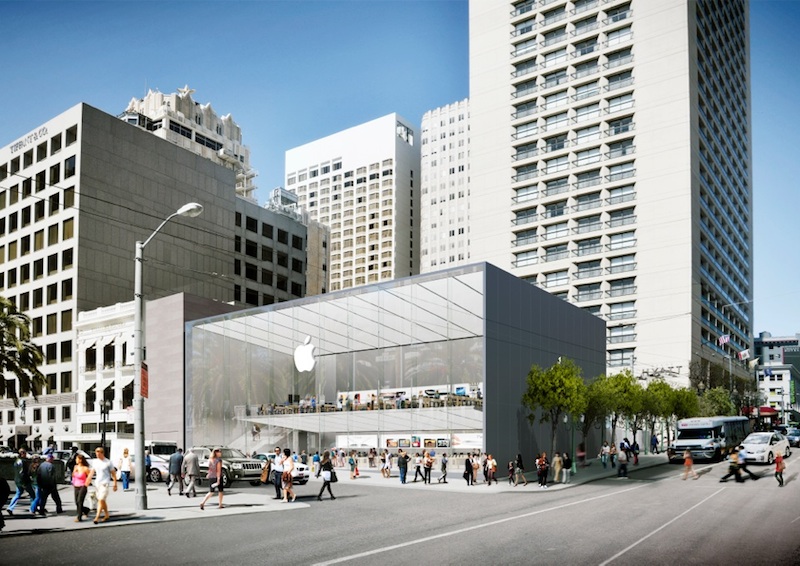 Apple’s signature glass staircase in its newly launched store on San Francisco’s Union Square set the company back a cool $1 million, or approximately $33,333 per stair, while the shell of the building cost about $19 million, according to official building permits obtained by Patently Apple.

The building’s sprinkler system cost an estimated $2.28 million to upgrade, the solar power installation on the roof cost $800,000 while installing canopy panels came with a $150,000 price tag attached to it.

Here’s the full breakdown of the other listed costs:

“Over the weekend we learned from BuildZoom, a company who compiled all of the permits for the new Union Square Apple Store, that Apple spent $24 million at minimum on this one store alone,“ writes Patently Apple.

Building permits don’t make it clear how much the gigantic full-height doors cost.

The massive doors, located on both sides of the store, are 42 foot and open 40 feet wide. The doors open to the street, with the back ones opening on a public plaza.