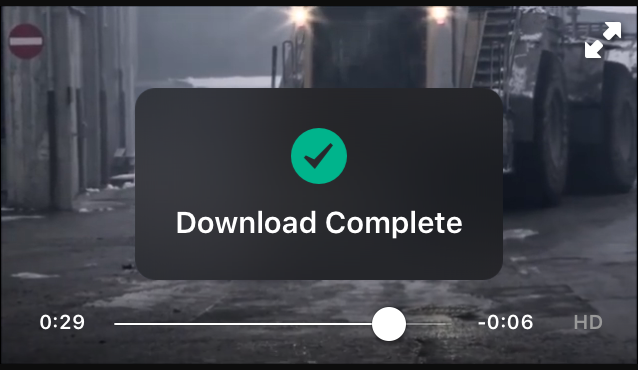 Facebook users who are looking for a little more oomph from their app experience are going to love a new jailbreak tweak release called Prenesi 3.

This tweak not only supercharges the app with additional features, but it even lets users further configure the app’s behavior and features to their liking.

A long story short, if you’re rocking a jailbroken device and you use Facebook regularly, then this is a tweak you don’t want to miss.

The free Facebook app for iOS lacks a number of features out of the box that users actually want to have, but additionally, there are some features the app does come with that users wish they could change to better suit their needs.

Prenesi 3 is a tweak that solves these problems. It offers the following improvements: 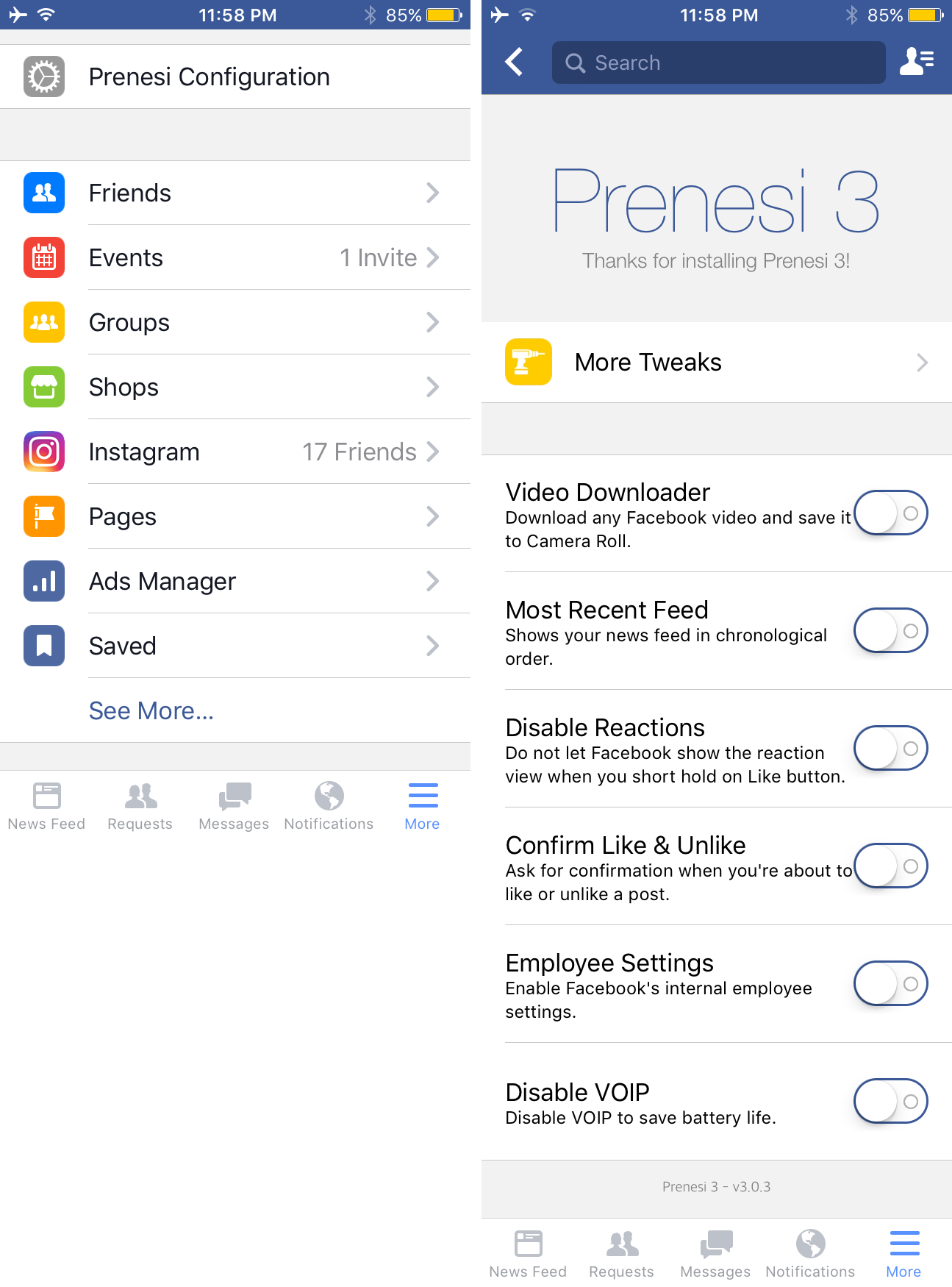 Here, you can enable or disable all or any of the features we talked about earlier.

Just to recap, those include:

Although we’ve shown you before how you can download videos from Facebook without a jailbroken device, Prenesi 3 is a useful tweak because it allows you to download videos directly from the mobile Facebook app.

1) Find a video in your News Feed and tap on it to open Facebook’s video viewer.

2) Tap on the drop-down arrow just above and to the right of the video.

3) Tap on either the High Quality or Low Quality button depending on what video quality you wish to download the video in.

4) The video will begin downloading and you can follow the percentage in the heads-up display. 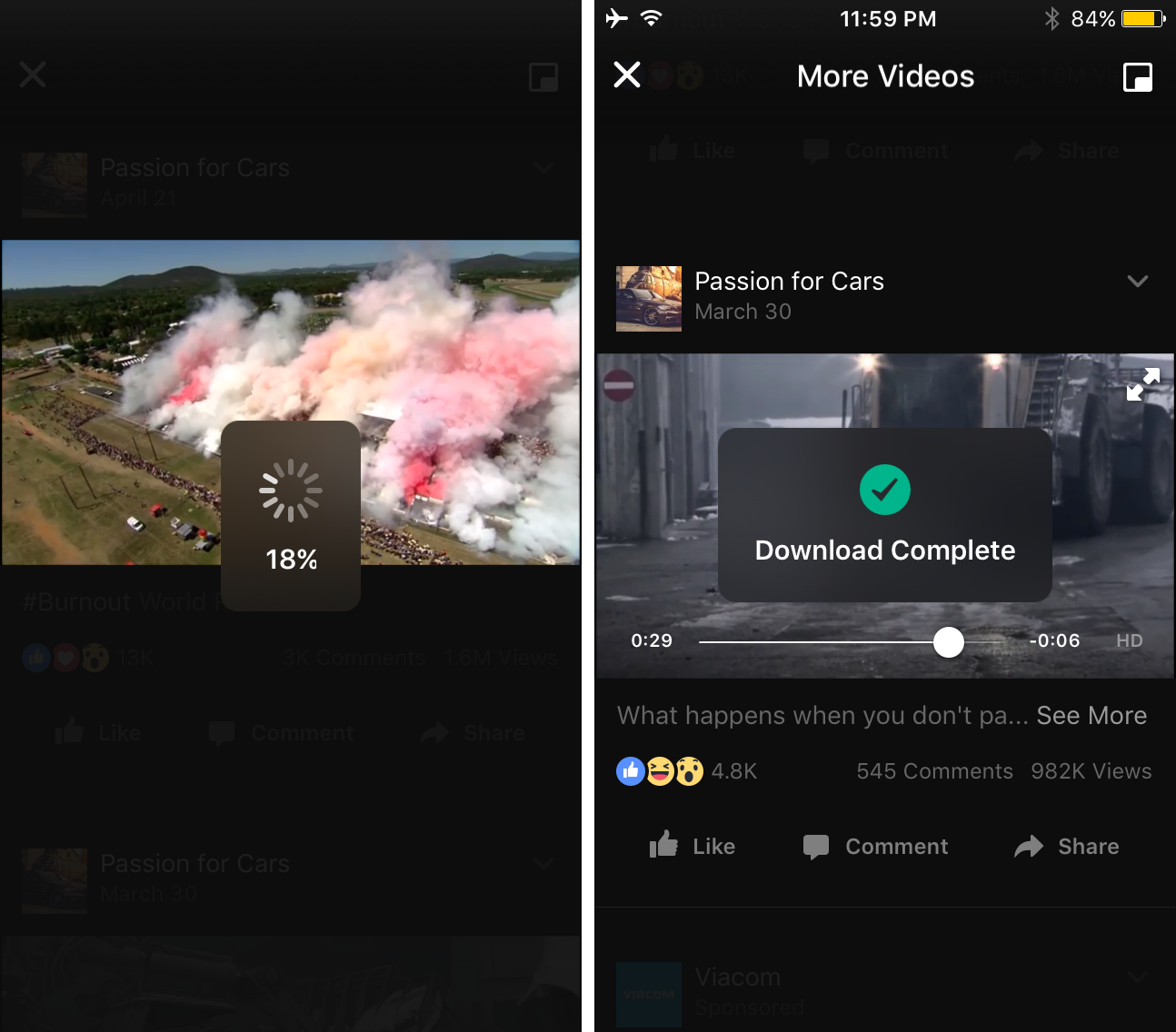 5) Once finished, the heads-up display will say Download Complete and you’ll be able to check your Camera Roll to find the video you downloaded: 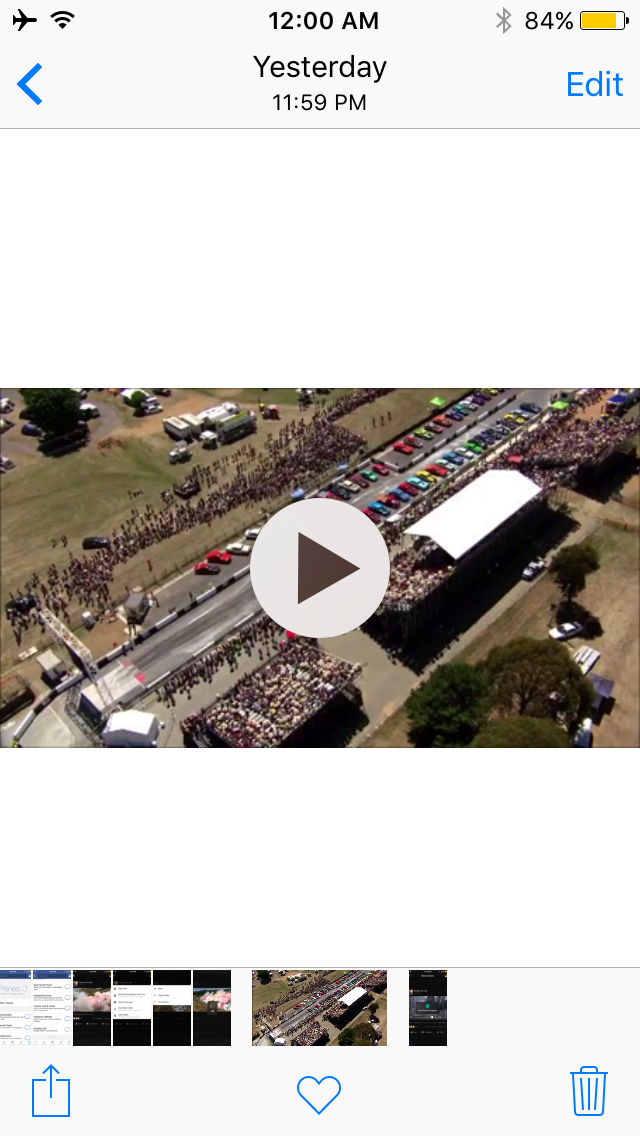 And that’s it! Your downloaded video is now in your Camera Roll and you can watch it offline or even share it with any method you want to from the iOS share sheet.

Prenesi 3 is a great jailbreak tweak for anyone who uses the mobile Facebook app.

I also really like the video downloading feature, because I often find something very interesting and want to save it for later when I’m not connected to the Internet, or I want to share it with someone who isn’t on Facebook. By downloading the video, I get this ability.

I don’t personally need many of the other features, but I think users will have a lot of fun playing around with them to make the mobile Facebook app experience a better fit to them.

I would recommend the tweak to any Facebook user who owns a jailbroken device.

The tweak is a free download from Cydia’s BigBoss repository, so I would definitely say it’s something worth checking out if you use Facebook on a daily basis and are looking to provide yourself with a better user experience.

For the record, the tweak works with iOS 7 and later with the latest version of the free Facebook app from the App Store.

Would you use any of the features built into Prenesi 3? Share in the comments below!