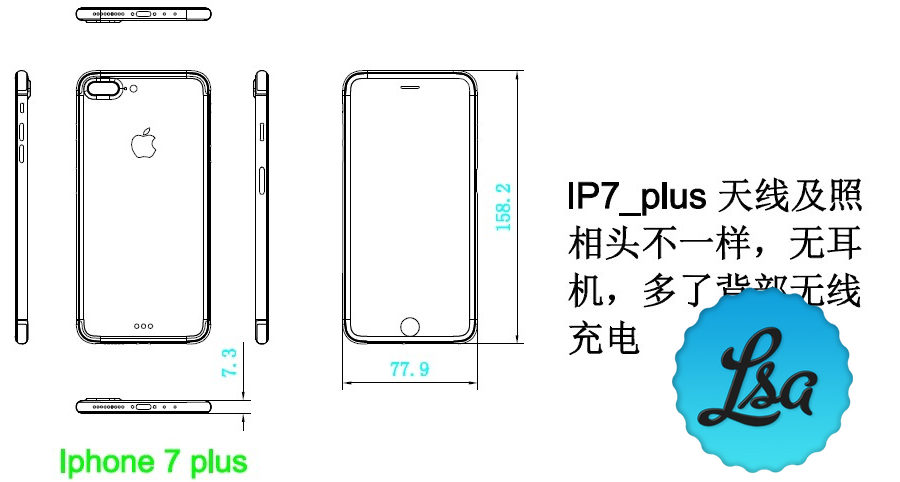 KGI Securities analyst Ming-Chi Kuo claimed last September that Apple’s next iPhone would be iPod touch-thin, measuring between 6-6.5mm for the 4.7-inch model.

Not getting any thinner, are we?

Assuming the new leak is the real deal, the new iPhones will have virtually unchanged dimensions from the current models, meaning most of the existing cases should fit the upcoming models.

These schematics were obtained from a supposedly reliable source and clearly state that the smaller 4.7-inch iPhone 7 measures 7.2 mm deep versus the comparable 4.7-inch iPhone 6s model, which is 7.1mm thick.

As for its bigger brother, the 5.5-inch iPhone 7 Plus remains at 7.3mm thick, just like the iPhone 6s Plus. The iPhone 7 Plus technical drawing can be seen top of post while the alleged iPhone 7 schematics are pictured below. 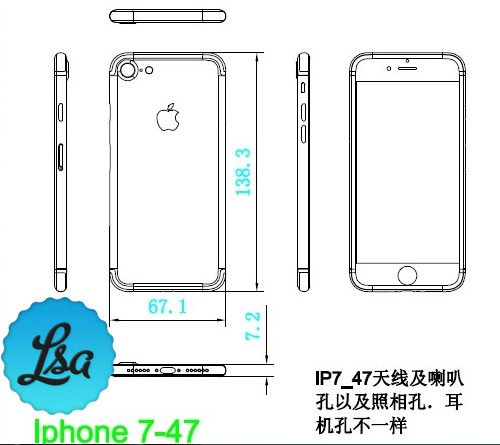 As per the drawings, the iPhone 7 models won’t come outfitted with the 3.5mm headphone jack. Assuming the rumors are true, iPhone 7 owners will have the choice to use either a wired, Lightning-compatible headphones or any wireless Bluetooth headset.

The drawings indicate that the flagship iPhone 7 Plus model has a Smart Connector, which the source says will be used for wireless charging, and dual cameras. Neither feature is present on the schematics that details the 4.7-inch iPhone 7 model.

And last but not least, it would seem that the 5.5-inch iPhone 7 Plus has an edge-to-edge screen with the FaceTime camera behind the display. I’m not sure if this is a mistake or what, but we were under the impression that an all-screen iPhone would become a reality no sooner than 2017, perhaps even 2018.