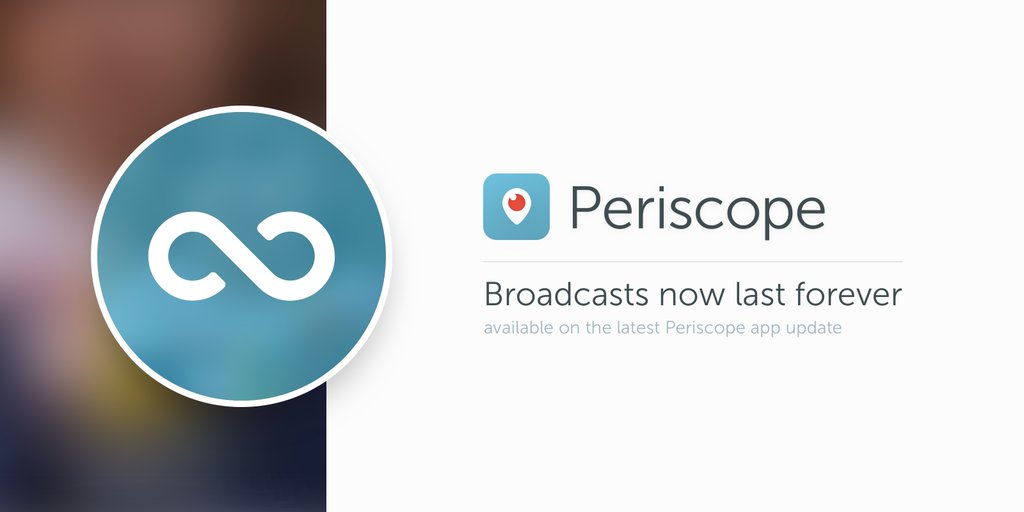 Twitter-owned Periscope has brought out two new features in its most recent update on the App Store, saving and searching broadcasts. As of Periscope 1.4.1 for iPhone, your broadcasts are now saved permanently by default. Additionally, the new search feature is now live, allowing you to find popular places on the world map to quickly locate interesting broadcasts around the world.

If you don’t want your broadcasts to be saved in the app permanently, you can delete them after ending transmission, or from your profile, or adjust your settings so they’re not saved in the first place.

“Your broadcasts will be automatically saved on Periscope and Twitter with comments and hearts,” said the company. The app no longer requires you to use the #save hashtag in order to keep your broadcasts beyond 24 hours.

As for the new broadcast search feature, get started by tapping the new Search button in your Global List.

Search for places on the Map to find broadcasts around the world! Now available on iOS and coming soon to Android. pic.twitter.com/hpRMjYhEcH

You can then type your query or hit a suggested topic to immediately start broadcasting about it. Some of the topics you can search include #Travel, #Music, #Food and many more. If you’d like to welcome new broadcasters to the community, just search for a special topic, titled “First Scope”.

Periscope is available for free on the App Store.