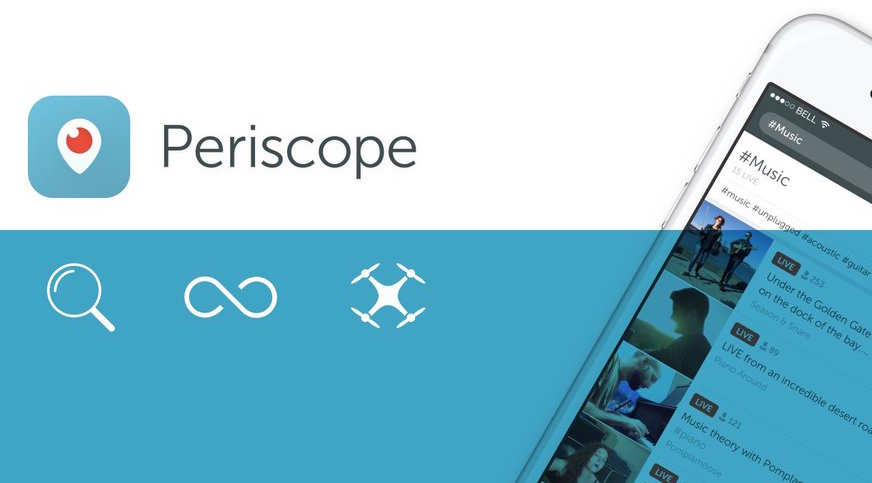 Periscope, a Twitter-owned app that lets anyone start a live video broadcast from their iPhone, today received a pretty substantial update on the App Store. Bumped to version 1.4, Periscope for iPhone now lets you search videos and broadcast live to the service from a compatible DJI drone.

In addition, the team shared a preview of their full beyond 24 hours approach that will be available in the coming weeks.

This feature addition in Periscope 1.4 for iOS lets you search for broadcasts you may be interest in by tapping on the new Search button found in your Global List. 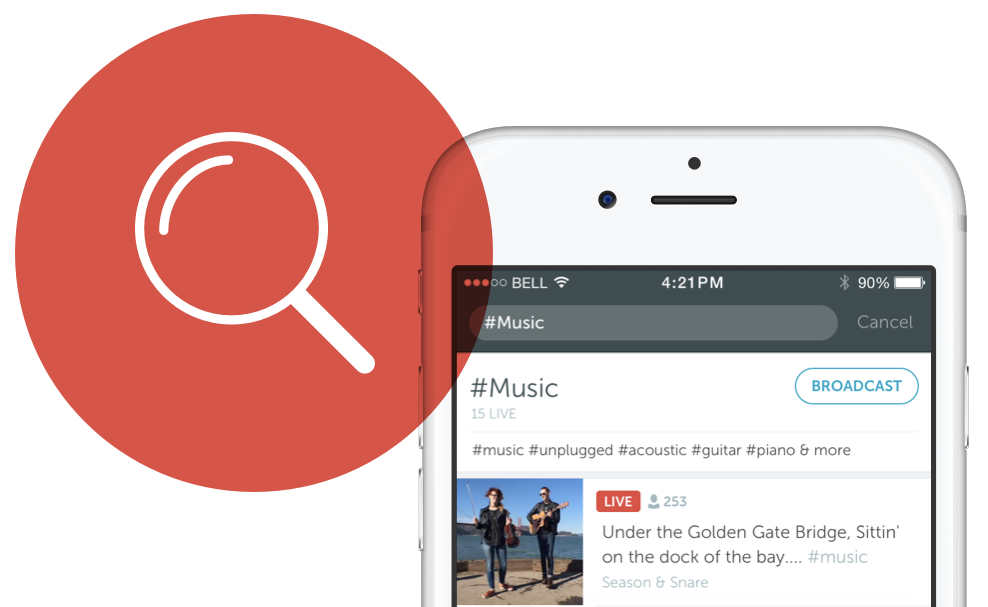 In addition to keyword-based search, you can tap on any suggested topic to broadcast about it. Simply add the relevant hashtag, or add the hashtag to your title directly, and you can start broadcasting about a topic.

Some of the topics to search for include #Travel, #Music, #Food and more. Tip: search for a special topic titled “First Scope” to welcome new broadcasters to the community.

Broadcasting from a drone

After connecting an iPhone to your drone’s remote, Periscope will automatically pull in drone’s video feed and let you switch between it, your iPhone cameras and GoPros. It’s especially cool that you can narrate from a bird’s eye view using your phone or sketch on the live drone broadcast to highlight different sights. 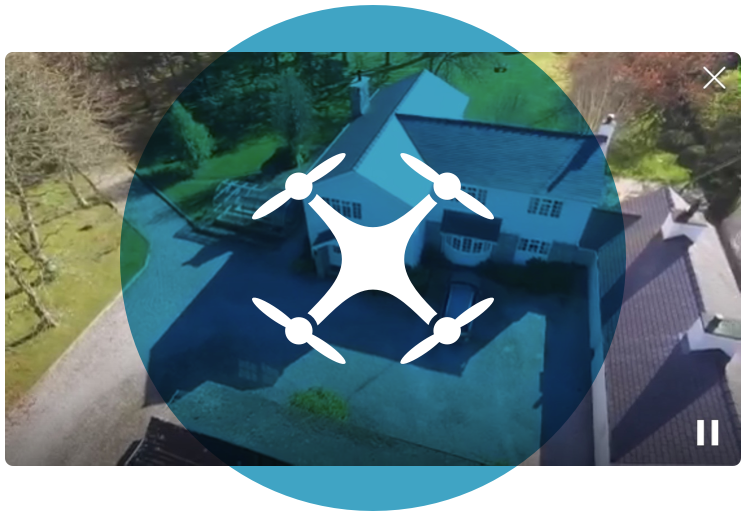 Tip: search for the “GoPros and Drones” topic to find clips from GoPros and drones.

The full list of supported DJI drones and additional instructions for drone broadcasters can be found in Persicope’s help document. As an example of the new built-in drone support, watch Zagat’s drone broadcast from a New York farm.

Broadcast from a bird's eye view with drones! Available on iOS soon.https://t.co/J3GfdW4JRX

Coming soon: save beyond 24 hours

“Soon, your broadcasts will be automatically saved on Periscope and Twitter with comments and hearts,” said the team. This will work in conjunction with the #save hashtag that you can add to your broadcasts to keep them beyond 24 hours.

Of course, you’re in control of your broadcasts and can delete them at any time via the post-broadcast screen or in your profile. If you prefer to have your broadcasts removed after 24 hours, you’ll be able to do so by flipping a switch in account settings.

Periscope is available for free on the App Store.