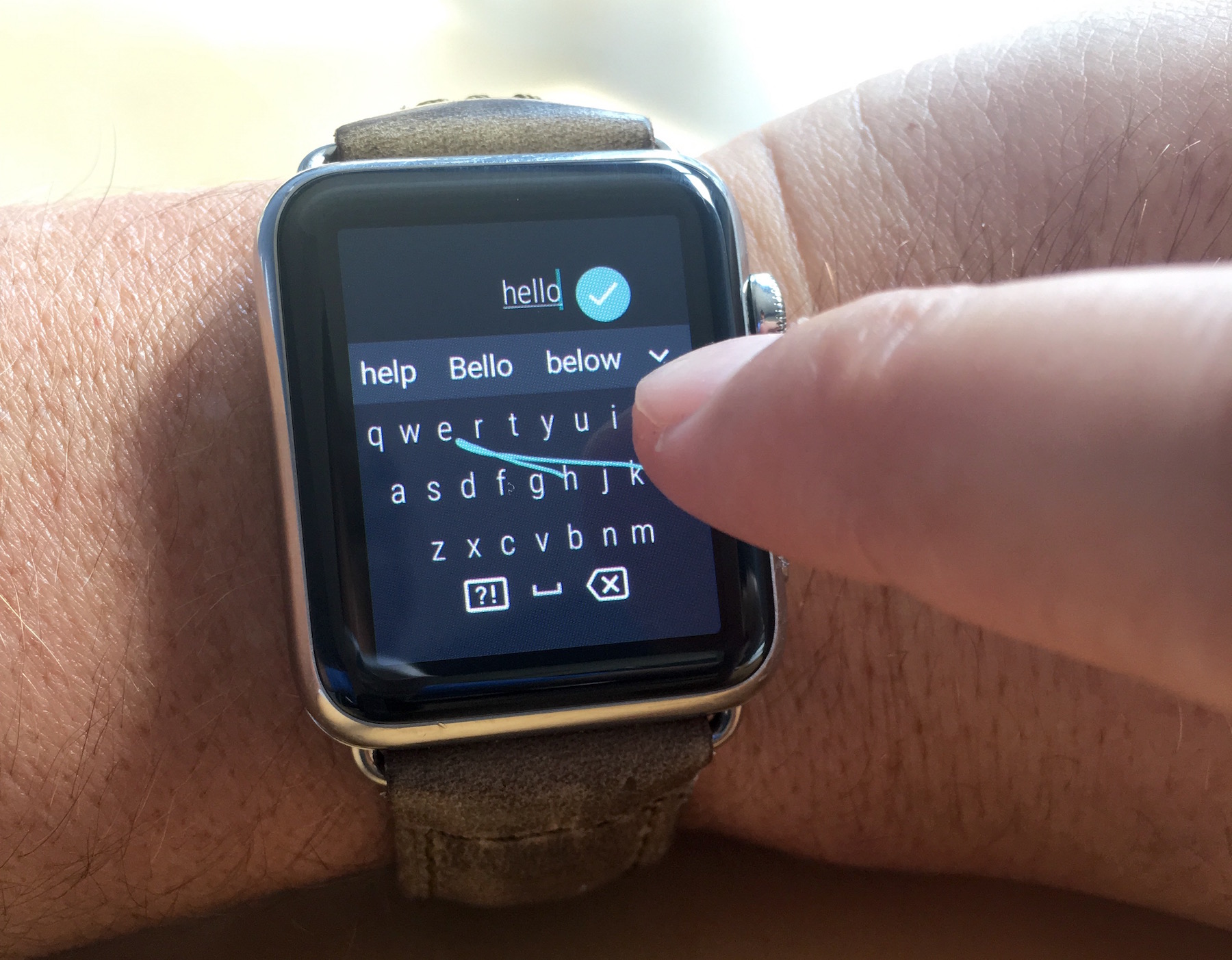 Call me crazy or call me what you will, but when I saw Android Wear 2.0 was bringing support for third-party keyboards, I immediately started imagining how useful that would be on my Apple Watch.

Of course the screen is too small to accommodate a keyboard. Heck, it’s already too small to punch in your passcode without missing a tap target. Still, not only do I think there may me a need for it, but I also believe the technology to make this right is now available.

Why the hell would you want a keyboard on your Apple Watch?

There are currently two ways to input text on Apple Watch. You can either use one of the canned replies (if available), or you can use voice dictation. Neither of them are always the best option to me.

Canned replies aren’t available in all applications, and most importantly, those canned replies don’t always offer the right suggestions for what you really want to say.

And dictation… Don’t get me started on that. It’s not that it doesn’t work well, it’s mostly that it doesn’t work reliably. I experience this first hand every single day when I dictate something to my watch and I’m left staring at a black screen, or repeating myself six times for Siri to get that one word right.

Dictating to your watch is also very awkward. The gesture is awkward, and the action of speaking to your wrist comes across as plain weird for someone who doesn’t know exactly what you’re doing. For those who know what you’re doing, they’ll probably label you as a dork, rightfully so, because that’s exactly how I feel every time I speak to my watch.

I’m actually very self conscious about talking to my watch in public places with people around me. Maybe I wouldn’t feel like that if Siri worked reliably instead of making me repeat the same thing over and over again until it gets it right. Sometimes, I just end up defaulting back to my phone to type in a reply, like an animal. I wasted 40 seconds talking to my wrist for nothing hoping no one saw me.

Ultimately, and regardless of the situation, there are just times where canned replies or dictation just don’t do it.

This is where a keyboard would actually come in handy. It would allow you to quickly type in a message with your own words, without having to rely on Siri to hopefully understand what you’re saying, let alone have an actual connection to a server where it can process what you just dictated.

Obviously we’re not talking about drafting full emails, but rather short blurbs of text such as a Twitter or Facebook updates, an iMessage to a friend, etc.

I understand the screen real estate isn’t very big, but think about how far third-party keyboards have come along. Some of them are very smart and let you be extremely sloppy when inputting text. Take Swype for example, it’s really good at getting correctly what you’re swiping.

If the software can be good (it’s a big “if” of course), then the lack of space on the screen is not as important anymore. Any kind of shortcoming in your swiping or typing can be made up by the keyboard software itself.

I’m really not holding my breath for that to happen on Apple Watch, because despite of the lack of progress made by Apple in this space, it seems the company is betting the farm on dictation when it comes to the primary input method on the device.

All this makes me wonder… Am I the only one wanting a keyboard for Apple Watch?