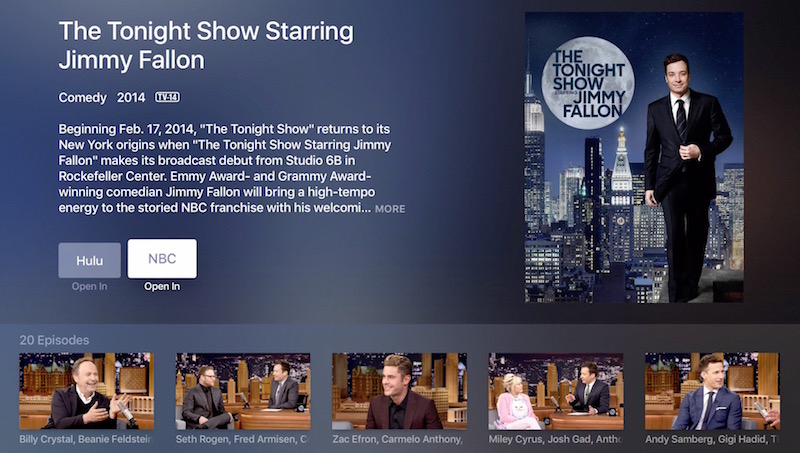 It’s a pretty significant addition give that NBC is the popular American broadcast television network and the flagship property of NBCUniversal, a Comcast subsidiary.

Apple’s support document contains an up-to-date list of content providers for the new Apple TV’s universal search feature. At the time of this writing, the following content providers were supported in Siri, Dictation and tvOS’s stock Search app:

In order for NBC content to show up in search results, you must install their native tvOS application: simply open the App Store on your Apple TV and search for ‘NBC’.