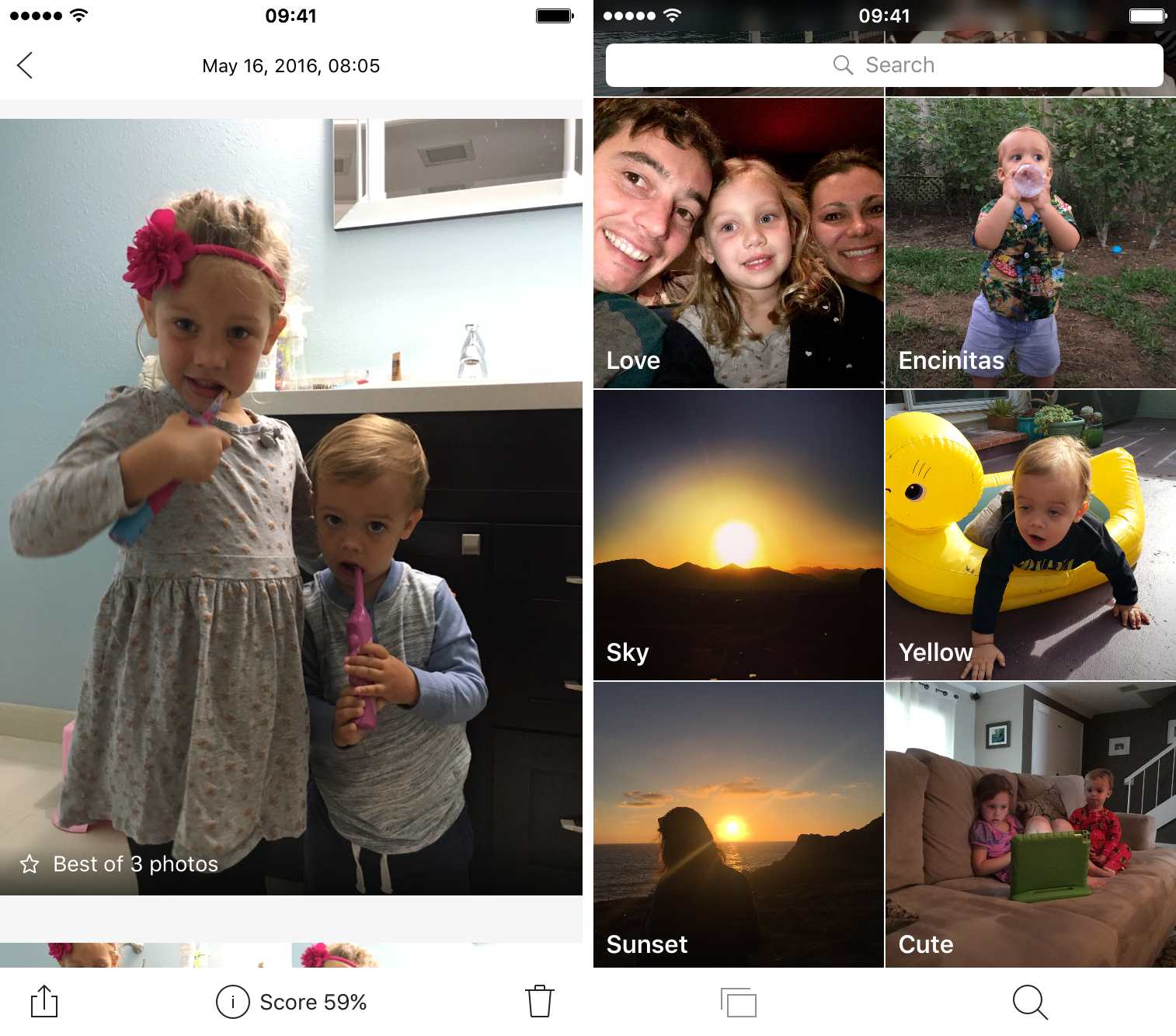 The Roll is a new application that aims to help you organize your photos, but also find your best shots. Using a proprietary algorithm, The Roll will sort, tag, and even score your photos in a way that will make it very easy for you to uncover your best images.

Developed by the company behind Instagram alternative EyeEm, The Roll uses an algorithm that will scan your photo library and give a score to each of your photos based on several criteria. Those criteria aren’t public, but it’s safe to assume basic attributes such as light, exposure, etc are part of the scoring. This feature is particularly helpful when you have several similar pictures taken successively, and you aren’t sure which one is the best.

But it doesn’t stop here. The Roll will also tag and organize your photos by category, bringing much needed order to an otherwise messy Camera Roll. Once again, everything is done automatically, and no user interaction is needed. As far as I know, there isn’t even a way to manually add a tag to a photo. the tagging feature lets you quickly and easily search your photos based on keywords. For example, just type “beach” in the search box, and The Roll will show all your pictures taken at the beach.

In my experience, the app has been working fairly well. The initial scoring of the library can take a while if you have several thousand pictures, but everything after that is a breeze.

Google Photos has a similar recognition feature that may or may not be better, but one thing privacy enthusiasts will appreciate about The Roll is that the app doesn’t store or duplicate your photos. Everything happens on the device without being sent to servers somewhere.

The Roll is by no means a life-changing application, but it can certainly make sense of the mess the Camera Roll is. I actually kind of wish Apple would implement some of these features, specifically the automatic tagging.

You can download The Roll for free in the App Store.

Thanks John for telling us about this app!