The slow death of Adobe Flash continues as Google preps to put another nail into the beleaguered technology’s coffin come this fall. According to a draft proposal from the search giant, a copy of which was obtained by Venture Beat, Google’s desktop browser will default to showing HTML5 content and video, falling back to Flash as a last resort.

Chrome ships with a built-in Flash Player which automatically kicks into action whenever a piece of Flash content is detected on a webpage.

Chrome will continue to come bundled with Flash Player, but its presence will not be advertised by default come this fall.

“If a site offers an HTML5 experience, this change will make that the default experience,” reads the document. Chrome will offer users to allow Flash Player on websites that use Flash and will include a whitelist of the top 10 sites (based on aggregate usage) that’ll expire after one year.

“When the user encounters a site that attempts to load Flash Player, which they have not previously approved, a prompt will appear requesting approval to run Flash Player on that domain,” writes Google.

A very rough mockup of the prompt can be seen below. 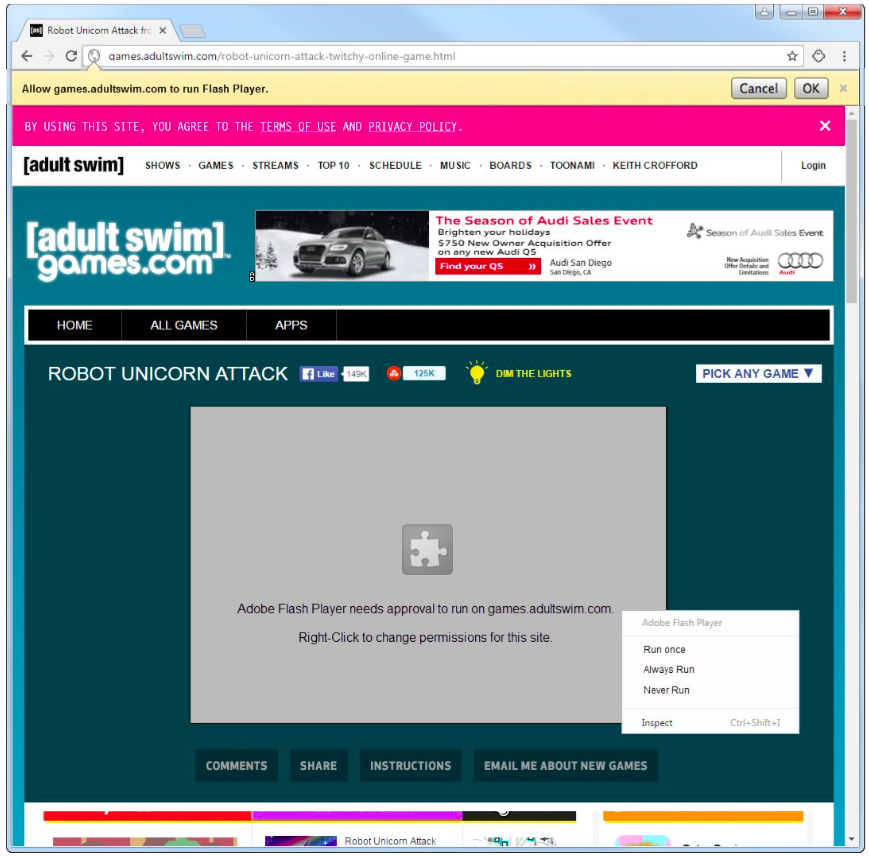 “If the user allows Flash Player to run, we will store that preference and refresh the page with Flash Player enabled,” reads the draft proposal.

Chrome will honor the user’s setting for that domain on subsequent visits.

But what about the websites that direct users to download Flash Player from Adobe when they don’t see it advertised, such as Pandora? According to Google, once the user clicks on the download link, Chrome will intercept the request, cancel the navigation, and instead present an “Allow Flash Player” infobar. 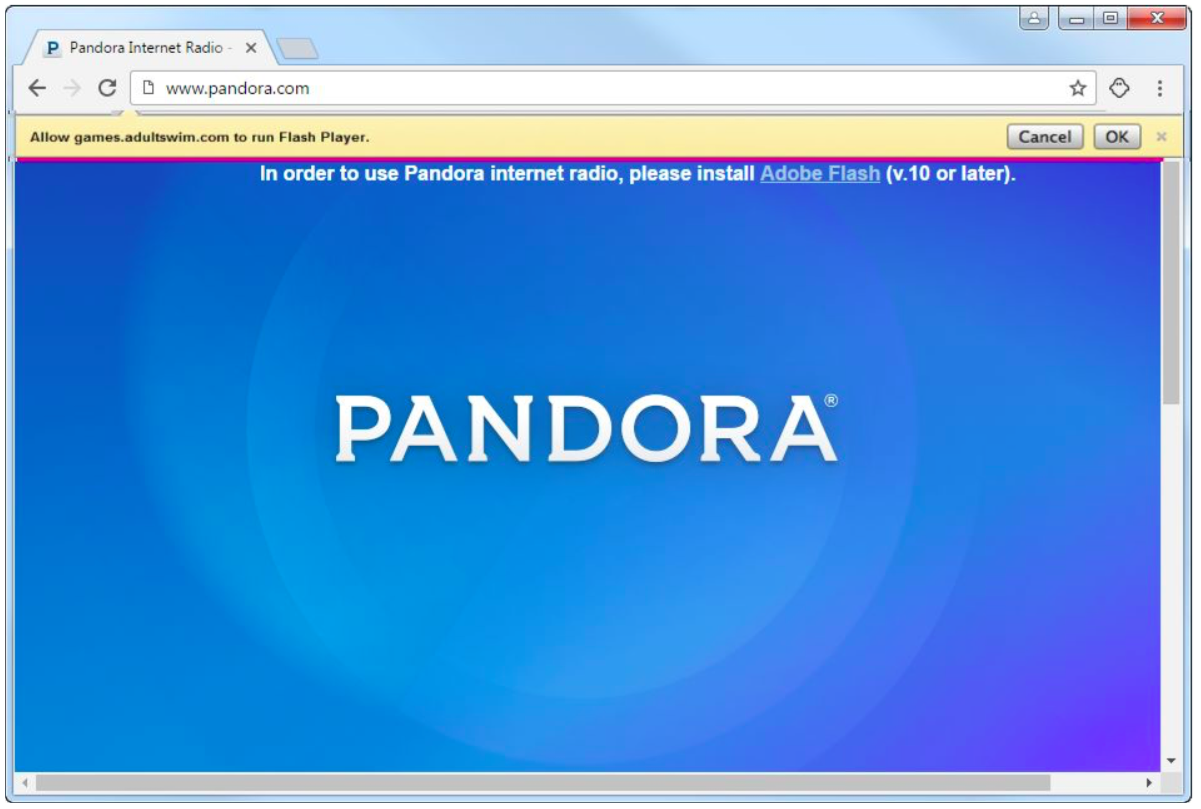 Chrome’s Content Settings will let users opt to “Always run Flash content” and manage their individual site preferences while enterprise users will gain policy controls to allow or disallow Flash across all computers on their network.

Apple automatically disables outdated or compromised Flash plug-in on the Mac. YouTube started using an HTML5 video player over Flash in January 2015, and Facebook in December 2015.