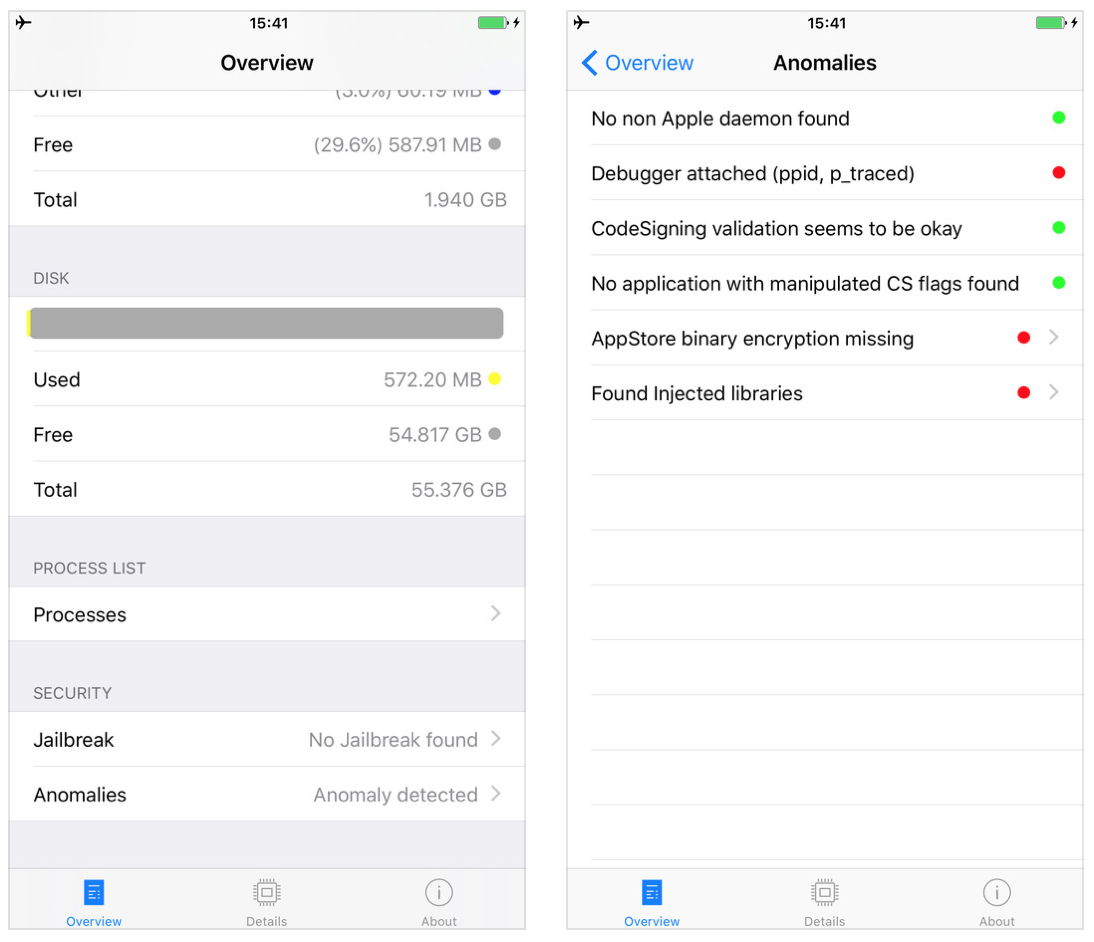 There’s a new app in the App Store called System and Security Info that shows detailed information about your device and running apps from a security standpoint. It can do a lot of things, including monitor memory and disk usage, show running processes, and it even detects malware and other anomalies.

A few other things about the app also caught our eye. One, it’s capable of telling if your iPhone and iPad have been jailbroken, and two, it appears that former jailbreak contributor Stefan Esser (also known as i0n1c) is involved in the project. In fact, it was Esser who penned the announcement blog post.

As a company known for iOS kernel and jailbreaking research SektionEins is from time to time asked by concerned iPhone user’s if we can determine if their device got hacked or secretly jailbroken to gather information about them. To find this out with a high level of certainty we have to utilize private jailbreak exploits, because Apple locks down iOS devices from both defenders and attackers, which proves to be more often a problem for defenders than for the attackers. This is a costly process. We therefore wanted to provide the public with a low cost solution that allows to find out if someone used one of the public jailbreak or a customized version to hack and backdoor your device. System and Security Info therefore runs a number of tests to determine if it can find artefacts of one of the known jailbreaks and runs further generic tests to determine if e.g. the code signing functionality seems to be still working or not.

Of course most of you reading this probably don’t need to be told if your iPhone has been jailbroken or not, but the app’s other features could still prove useful. For example, if you’re concerned your device has been infected by malware, you can use the app to check for malicious code or unsigned binaries.

SektionEins (Section One), the developer of System and Security Info, describes itself as a young IT security company with a specific focus on web and mobile applications. If you want to check out their new app, you can find it in the App Store for iPhone and iPad for $0.99 (this is a limited-time price).