Apple is working on a minor update for desktop iTunes and MacRumors was able to obtain screenshots which show off several design improvements in tow for the app. This isn’t the top-to-bottom overhaul we’ve been all waiting for though the changes in iTunes 12.4 should make this infamous Mac and Windows app a bit easier to use.

As per the leaked screenshots, iTunes 12.4 packs in a redesigned media picker, a persistent sidebar for quick access to different sections of your iTunes library, a slightly reworked mini player and a tad simpler menus.

Currently, users can switch between Music, TV Shows, Movies, Podcasts, Apps and other iTunes sections by clicking the navigation icons alongside the window’s top. 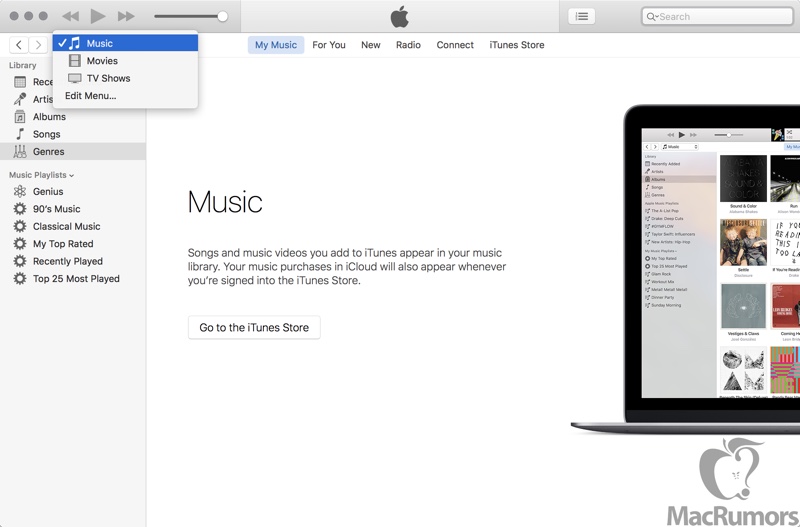 In iTunes 12.4, these are replaced with a user-customizable dropdown picker. Like before, you can decide which iTunes sections appear in the picker and there are forward and back buttons for jumping from one iTunes section to another.

To further simplify navigation, iTunes sports a new persistent bar on the lefthand side for quick access to different portions of your library, such as specific songs or albums. 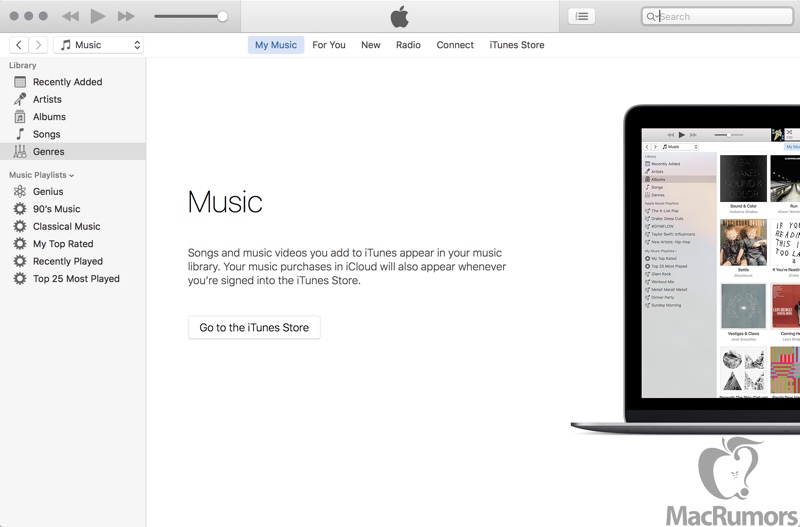 “The sidebar, like the menu bar, can be edited to show desired content and songs can be dragged and dropped to playlists,” explains MacRumors.

Menus in iTunes 12.4 are a tad easier to use. The View menu, for instance, now has a new Media Kind sub-menu with shortcuts for the Music, Movies, TV Shows, Podcasts, iTunes U, Audiobooks, Apps, Tones, Internet Radio and other sections.

In iTunes 12.4, these shortcuts now have their own Media Kind sub-menu, making the menus a bit less overwhelming than before. Lastly, the Up Next feature in the iTunes mini player now sits on its right side.

MacRumors’ sources are adamant that iTunes 12.4 will release “in the next few weeks.”

Apple’s Worldwide Developers Conference is slated to run from June 13 through June 17 so we fully expect the iTunes 12.4 update to drop following Apple’s keynote.