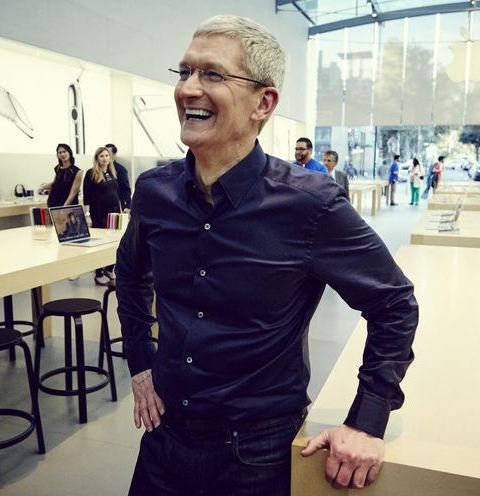 Tim Cook’s annual CharityBuzz auction ended this afternoon, with the winning bid raising $515,000 for the Robert F. Kennedy Center for Justice & Human Rights. The winner of the auction will get a one-hour lunch date with Tim Cook at Apple headquarters, as well as tickets to an upcoming Apple keynote event.

There were over 40 bids in the auction, with the high bid nearly doubling over the last 24 hours. The lunch date is valid for up to two people, and will be scheduled at an agreed upon date, based on availability. Obviously the guests will be subject to security screenings, but don’t worry, the cost of the meal is included.

Cook has built up quite the resume over the past several years. In addition to being CEO of one of the world’s largest companies, he has repeatedly made TIME magazine’s 100 Most Influential People list, was ranked #1 on Fortune’s World’s Greatest Leader list in 2015, and was Financial Time’s Person of the Year in 2014.

Proceeds from the auction will benefit the RFK Center for Justice and Human Rights, a cause Tim Cook has publicly spoken about on numerous occasions. Last year, the RFK Center gave Cook the Ripple of Hope Award for his commitment to social change, and in early 2016 he was named to the charity’s Board of Directors.