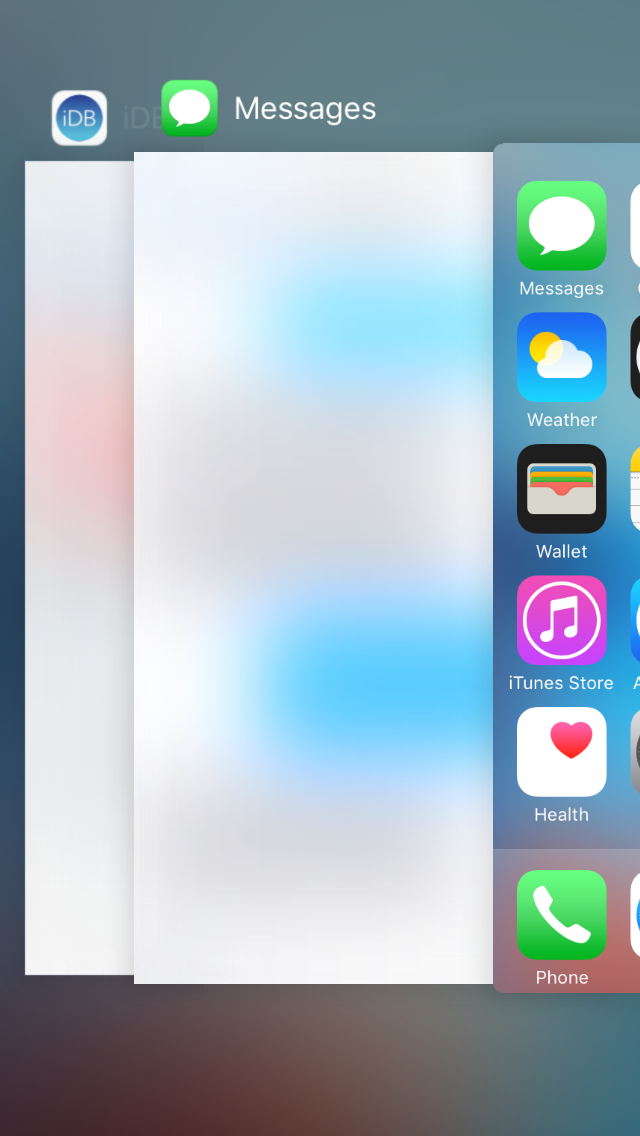 You probably use the App Switcher a lot throughout your day-to-day iPhone usage. It’s an essential part of multitasking because it lets you easily get back to the apps you’ve used recently.

On the other hand, it also takes a screenshot of your last activity in the apps you closed recently, so it’s a privacy hazard because anyone can peek over your shoulder to see what you’ve done recently when you’re switching between recently-used apps.

ASBlur is a new free jailbreak tweak that helps solve this problem by blurring the contents of your App Switcher app previews.

Since a lot of people like to keep their activities to themselves, the App Switcher can pose as an issue with privacy when you’re in places with large crowds. In these situations, it can feel like everyone around you is looking over your shoulder to see what your App Switcher contains.

Although lots of banking apps like Discover and PayPal took a hint and blur out or hide the contents of their apps from the App Switcher, not all apps seem to get the idea. That’s where ASBlur comes in; it’ll blur all your App Switcher app previews for you.

Some examples where you may want the App Switcher app previews blurred from sight by those around you are:

There are a number of scenarios where the wrong person glancing at these kinds of information can leave you embarrassed, in trouble, or could spoil a good surprise, so rather than put all that information at risk, using ASBlur to keep your recent activity undetectable from the App Switcher when you go to use it can be a good idea.

ASBlur isn’t the first jailbreak tweak to bring this functionality to Cydia for jailbroken device users to download. SwitcherFX was released last year for iOS 8, but since iOS 9 came with a redesigned App Switcher, SwitcherFX will no longer work with in iOS 9.

With that said, ASBlur works just like SwitcherFX, but for the iOS 9 App Switcher specifically.

Moreover, it doesn’t have any configurable options to configure like SwitcherFX did; instead, you can only enable or disable it on demand from the kill switch added to the Settings app after the install. 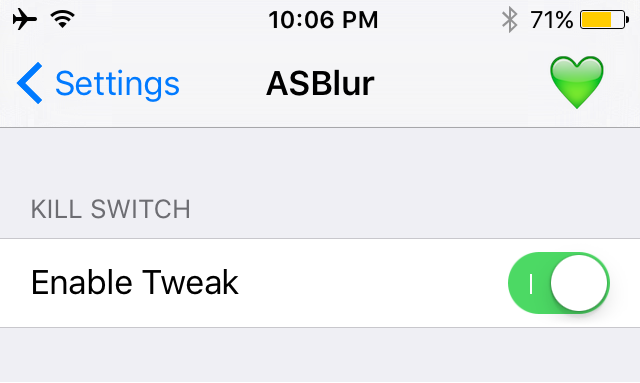 The ability to enable or disable ASBlur on demand is useful, because it lets you use the App Switcher normally when you foresee no dangers to your privacy, but you can always turn it on before a big event where you’ll be around a lot of people.

Without all of the features SwitcherFX had, such as configuring the blur intensity among other options, it does feel a little more bare-bones than its predecessor.

On the other hand, as you can see from the screenshots, it’s very effective at making app data unreadable. All you’ll see are blotches of blurred color instead.

For someone where privacy matters, I can see where this tweak will come in handy. On the other hand, so many people want app previews in their App Switchers that it could be counterproductive for some people, so this is something to keep in mind.

ASBlur is a free download from Cydia’s BigBoss repository and works great for keeping the contents of your recently-used apps hidden from the App Switcher in iOS 9. As bare-bones as it is, it’ll work right out of the box without any complex settings to configure.

What are your thoughts on ASBlur? Would you ever use this tweak to protect your privacy? Share your opinion below.