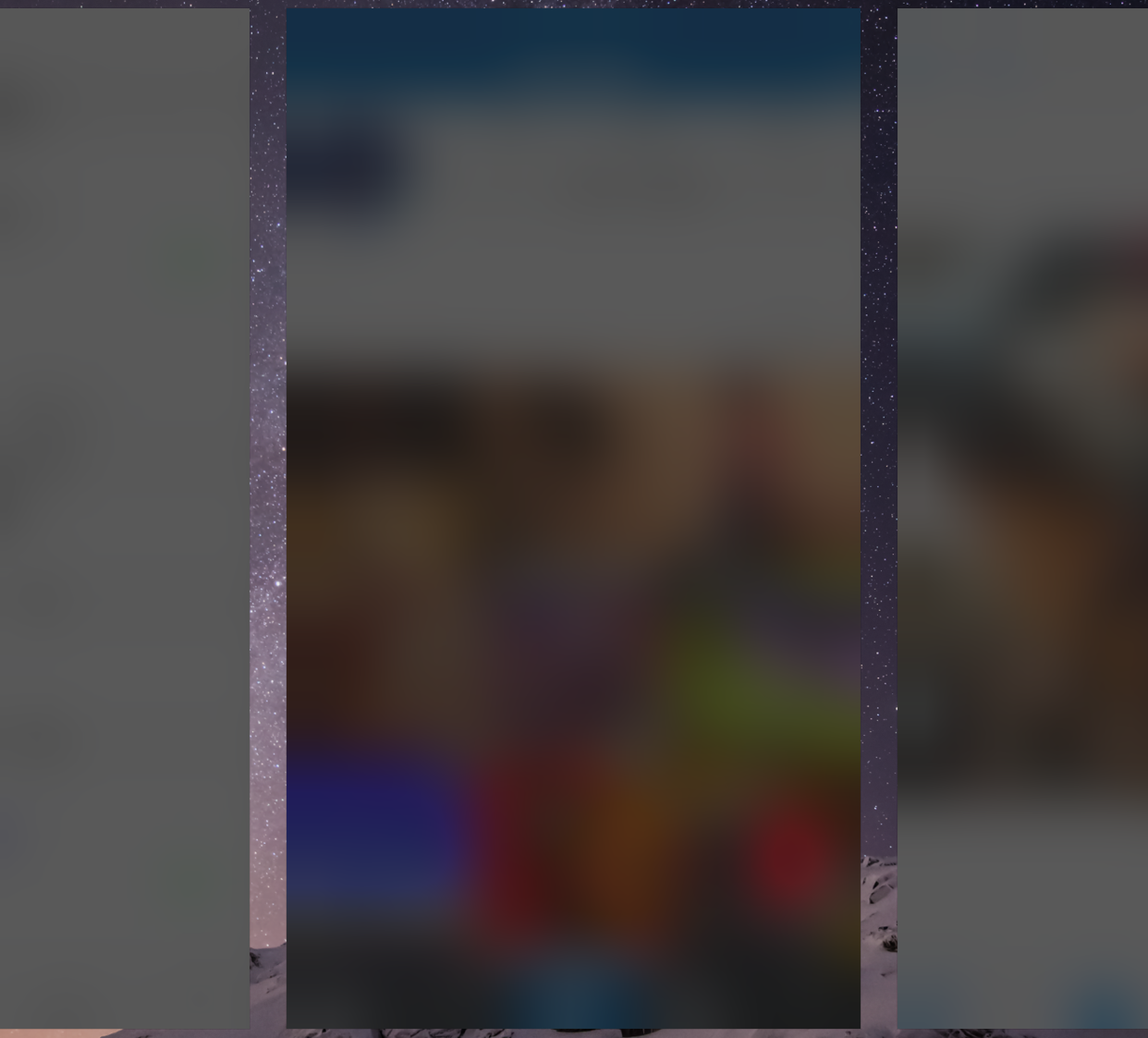 If you’re looking to add more privacy to the cards found in the App Switcher, then SwitcherFX is mostly capable of fulfilling that task. It’s a new jailbreak tweak that allows you to add a privacy blur filter on top of the app preview cards that appear in the App Switcher. It also features several degrees of App Switcher and blur customization.

SwitcherFX can be configured from the stock Settings app. The tweak’s preferences are simple and straightforward, and begin with a kill-switch toggle for enabling or disabling it on the fly. 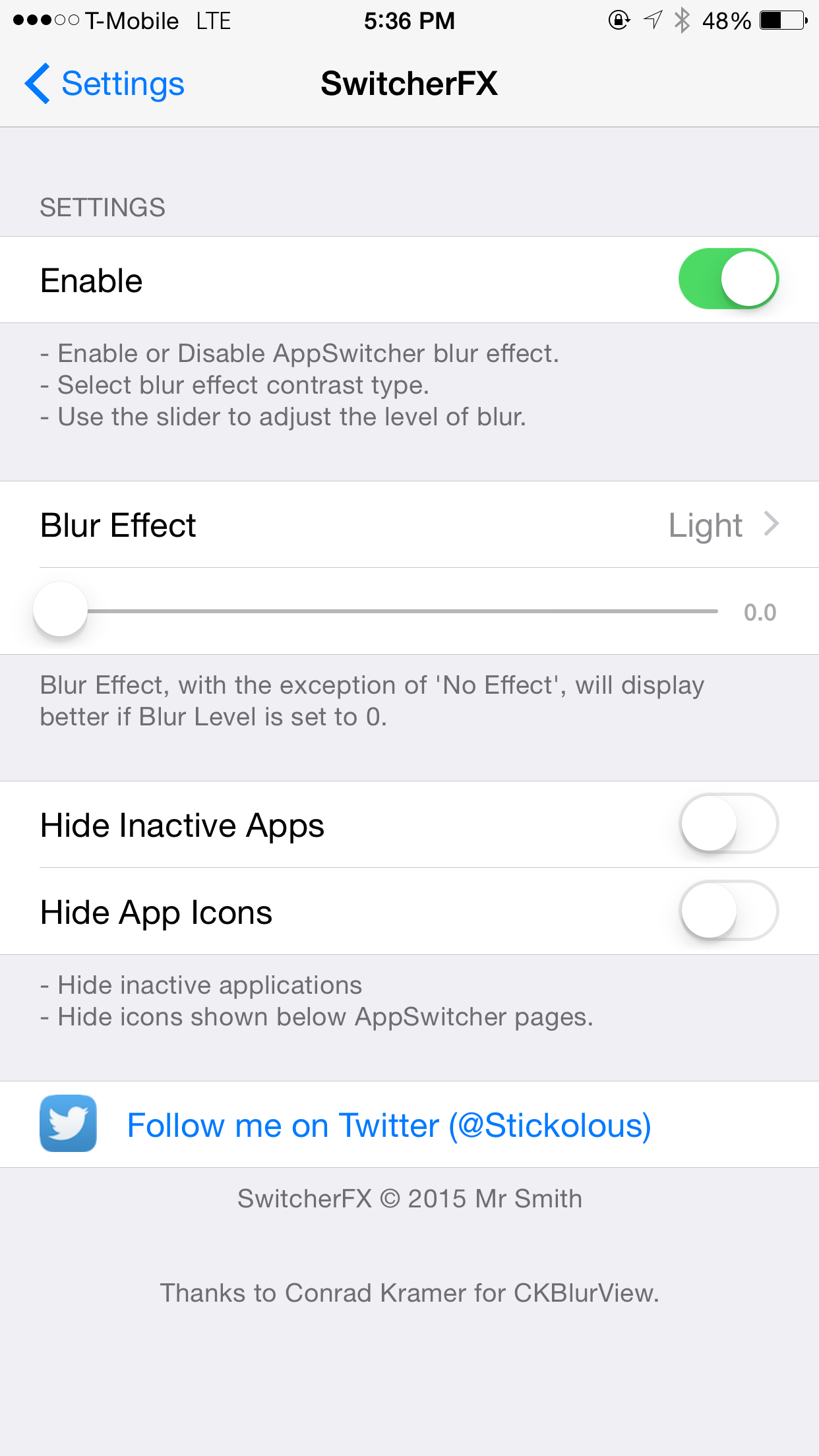 You’ll find a Blur Effect panel inside of the preferences as well, with a slider to adjust the level of blur. The Blur Effect panel allows you to choose between three types of blur: Extra Light, Light, and Dark. I personally recommend the normal Light blur type over the other two. 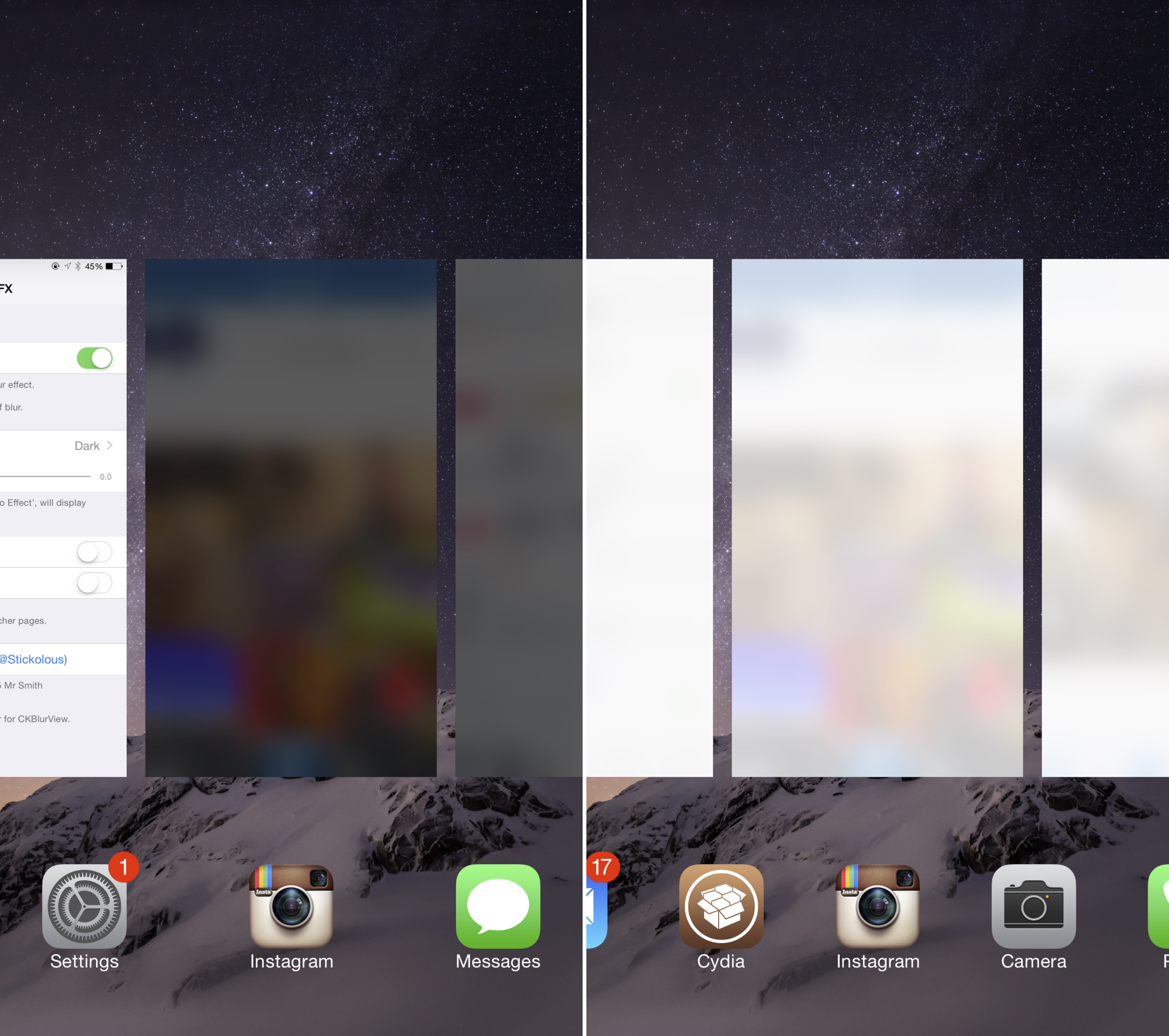 SwitcherFX’s blur effect slider is odd, because it actually looks a bit worse as you increase the blur. The slider ranges from 0 to 20, with 20 being a lot of blur, and 0 being modest blur. It’s a weird numbering system, as you would think 0 would equate to no blur, but that’s not the case here. With this in mind, the developer of SwitcherFX recommends that users select the 0 level for the effect slider if they want the best looking blur. I agree with his sentiments.

I did notice one major shortcoming for SwitcherFX, and that’s that the blur doesn’t fully apply to the App Switcher while it’s in landscape mode. I’m guessing that the developer doesn’t own an iPhone 6 Plus, or didn’t bother coding his tweak for landscape mode in mind. 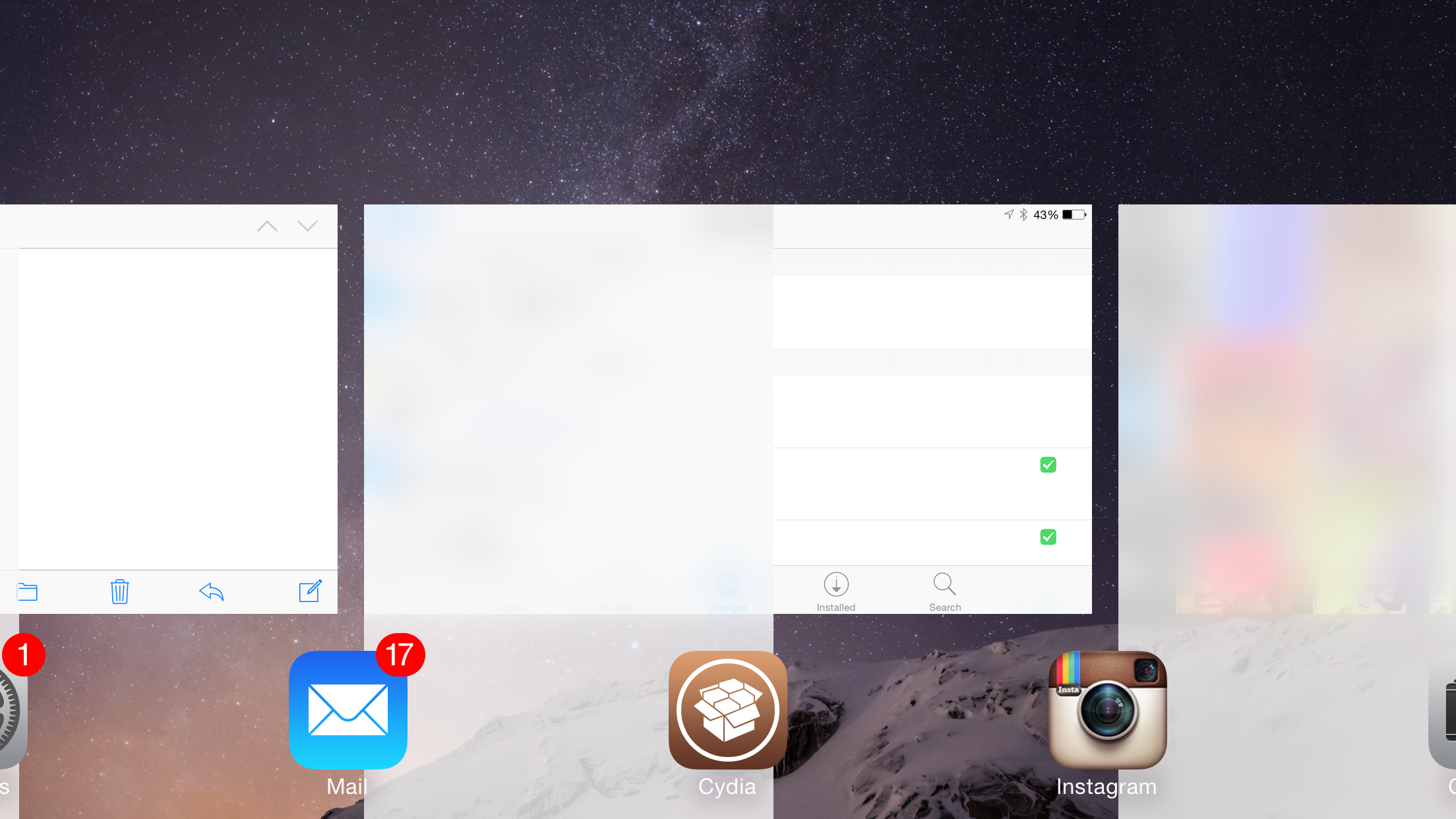 If you want a tweak with better overall functionality and App Switcher card blurring, then I recommend checking out Ryan Petrich’s BioLockdown. The downside to BioLockdown is that it’s a paid tweak, and you may deem it to be overkill for your needs.

You can find SwitcherFX for free on Cydia’s BigBoss repo. Sound off with your thoughts on the release in the comment section that follows.