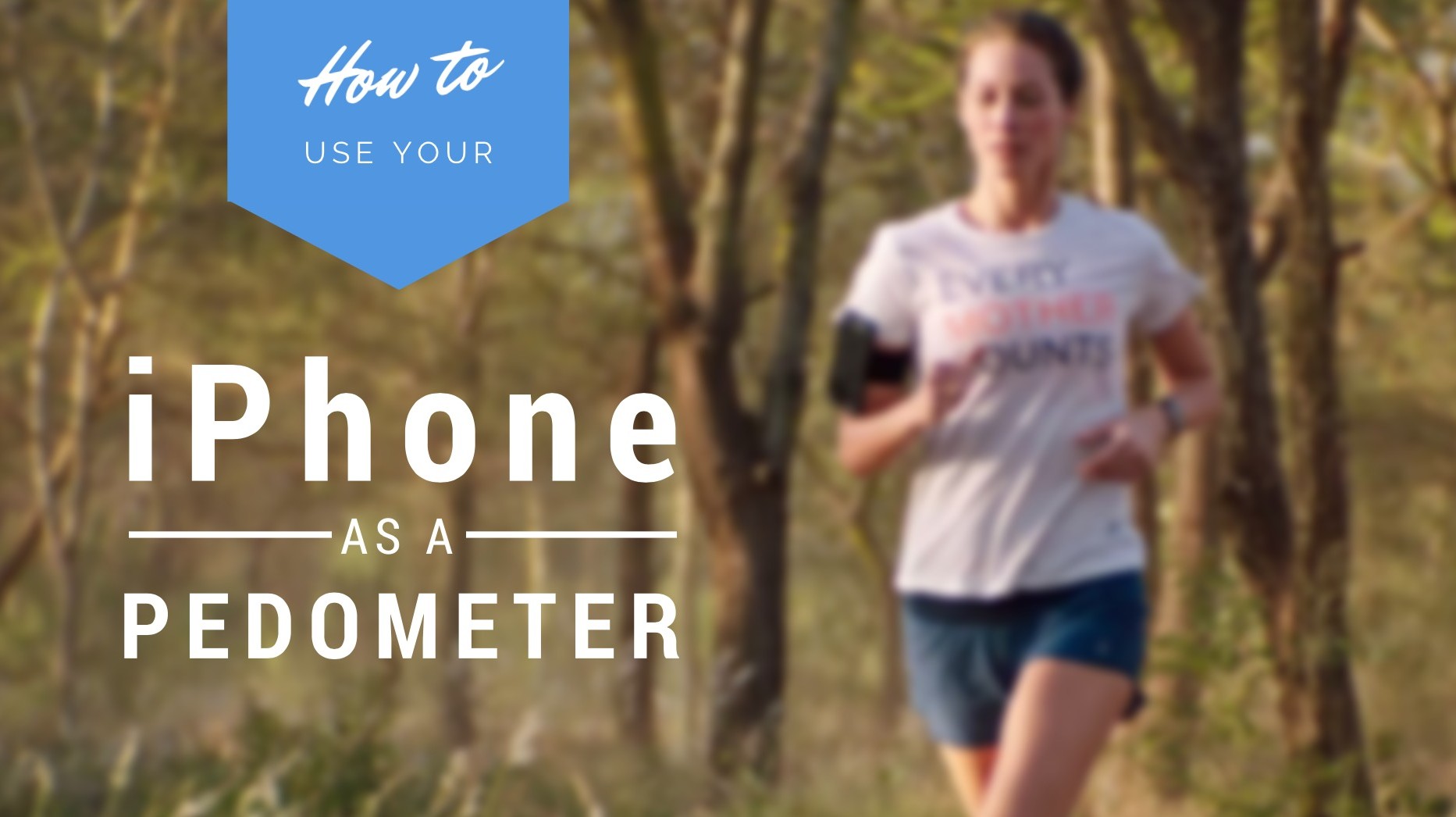 Some of you may know that I am the creator and sole member of what I call the 10,000 steps a day challenge, a self-imposed goal of walking at least 10,000 steps per day. I started with a goal of 6,000 steps per day back in 2015, and increased that goal by 1,000 every new year, a goal I reach every single day, no matter how busy my schedule may be, no matter what the weather is like outside, and no matter my health condition.

When I talk to people about the 10,000 steps a day challenge, a question that often comes up is how I track the amount of steps I take. Surprisingly, most people don’t know this is something newer iPhones can do straight out of the box.

iDB readers are probably aware of that feature, but for those that might not be, or those who want to share the existence of this feature with friends and family, we will go over this today as I talk about how you can use an iPhone as a pedometer.

The chip that makes it all possible

Introduced as part of a new feature of the iPhone 5s in 2013, the M-series motion coprocessor is a tiny chip found in all newer iPhones and iPads that collects sensor data from the accelerometers, gyroscopes and compasses found on your iPhone or iPad to detect and measure motion, among other possible usage. This allows your iPhone to know if you’re walking, running, or driving, for example. In our specific case, it can efficiently and precisely measure how many steps you are taking.

The best part of the motion coprocessor is that it can collect data without having a meaningful impact on your battery usage. As a matter of fact, if your iPhone runs out of battery, or if you manually shut it down, the motion coprocessor will keep collecting data and offload that data once the device is powered back on.

Of course, you can choose to not have your iPhone track your motion. This is something that can easily be disabled by going to Settings > Privacy > Motion & Fitness, then turn off the Fitness Tracking toggle.

Using an iPhone as a pedometer

The good news is, if you’re using an iPhone 5s or newer, you do have that tiny chip embedded in your device, and you pretty much have nothing to do but start walking or running to effectively use your iPhone as a step counter. The trick here is not to have your iPhone act as a pedometer, because it already does. The trick is to find out how you can get access to that step count, and more.

There are a couple of ways to keep track of your step count on your iPhone. The first one is to use Apple’s own Health application. The second option is to use a third-party application from the App Store. We’ll go over both options.

The Health app is a stock application on iOS, so if you have a newer iPhone, you automatically have that app installed on your device.

On your iPhone, simply launch the Health application, and you may already see a chart of steps on your main Dashboard, as seen on this screenshot. 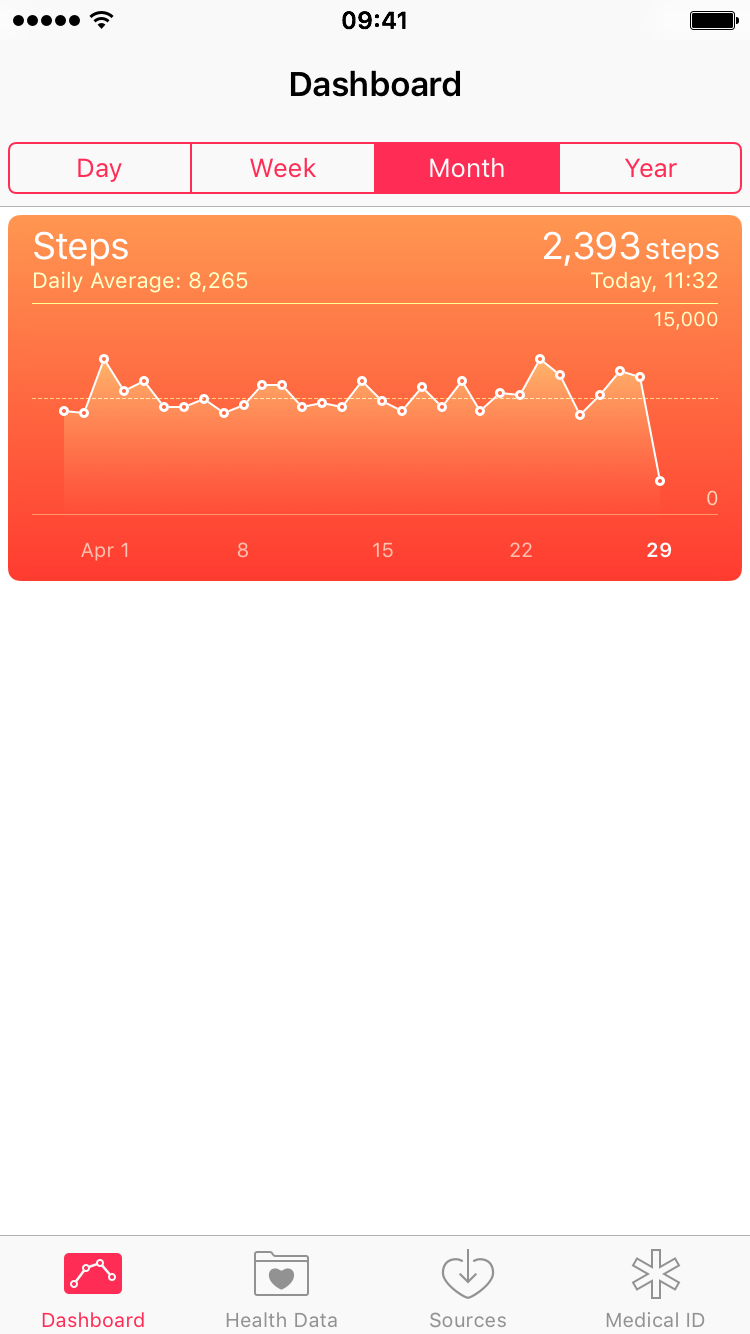 If not, tap on the Health Data tab at the bottom of the screen, then select Fitness, then Steps. Finally toggle the “Show on Dashboard” button to display your step count on your main dashboard. 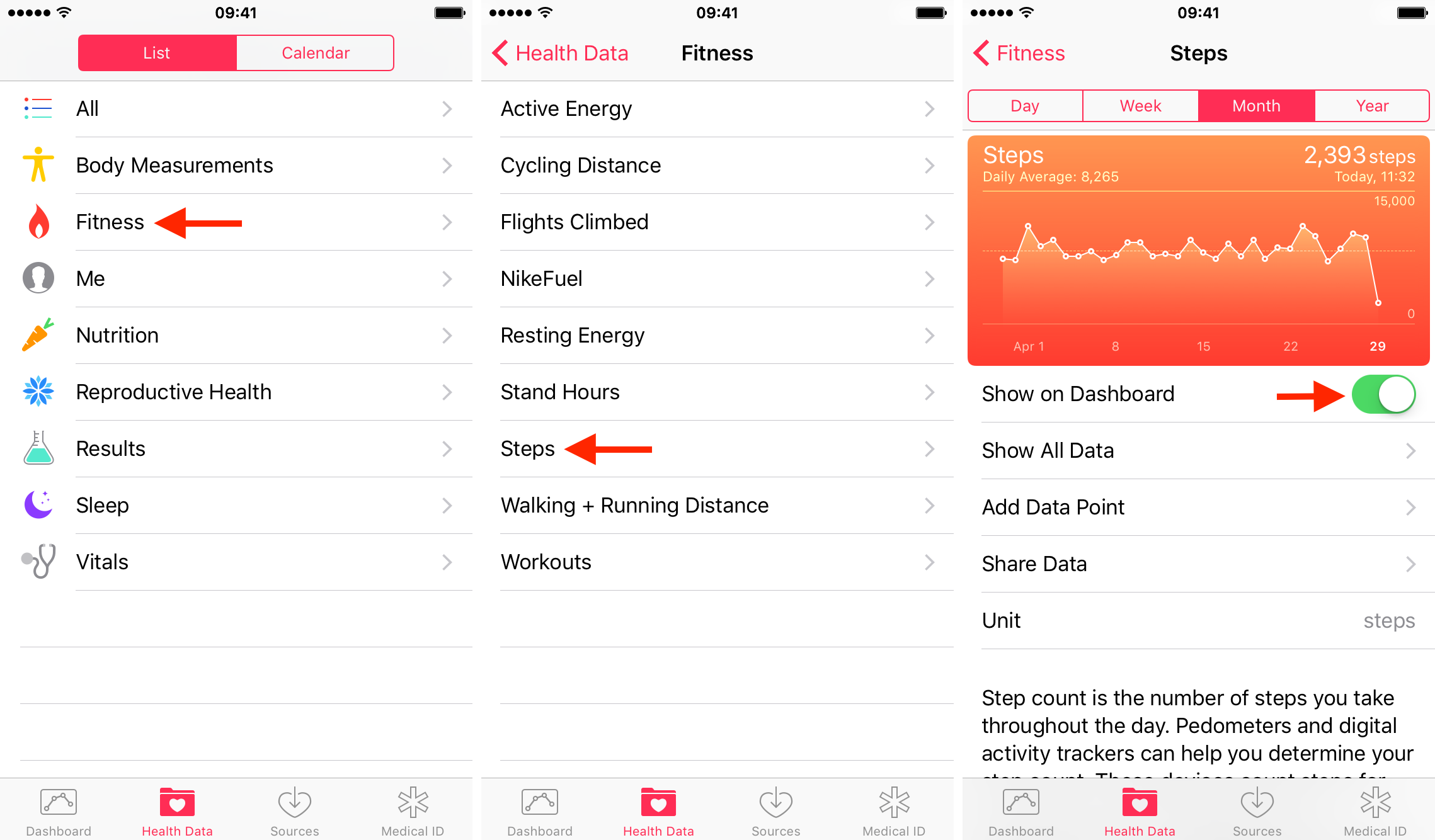 From the Dashboard, you can keep track of your steps by day, week, month, or year.

The best part of using the Health application is that it is entirely free and readily available on your iPhone. But to me, the main downside is that the Health app isn’t really pretty and doesn’t always give a great visual representation of your steps. This is where third-party applications can come in handy.

Before owning an Apple Watch and keeping count of steps directly from it, I used Pedometer++, a free download from the App Store, and admittedly one of the best pedometer apps for iPhone. It is free, simple, and to the point, which I particularly appreciate.

Specifically, my favorite feature of Pedometer++ is how it displays step data in a very clear fashion using a bar graph. The tallest the bar, the more steps you have. And unlike Apple’s Health app, it clearly shows how many steps you’ve been walking each day, something you have to hunt down when you use the Health app. 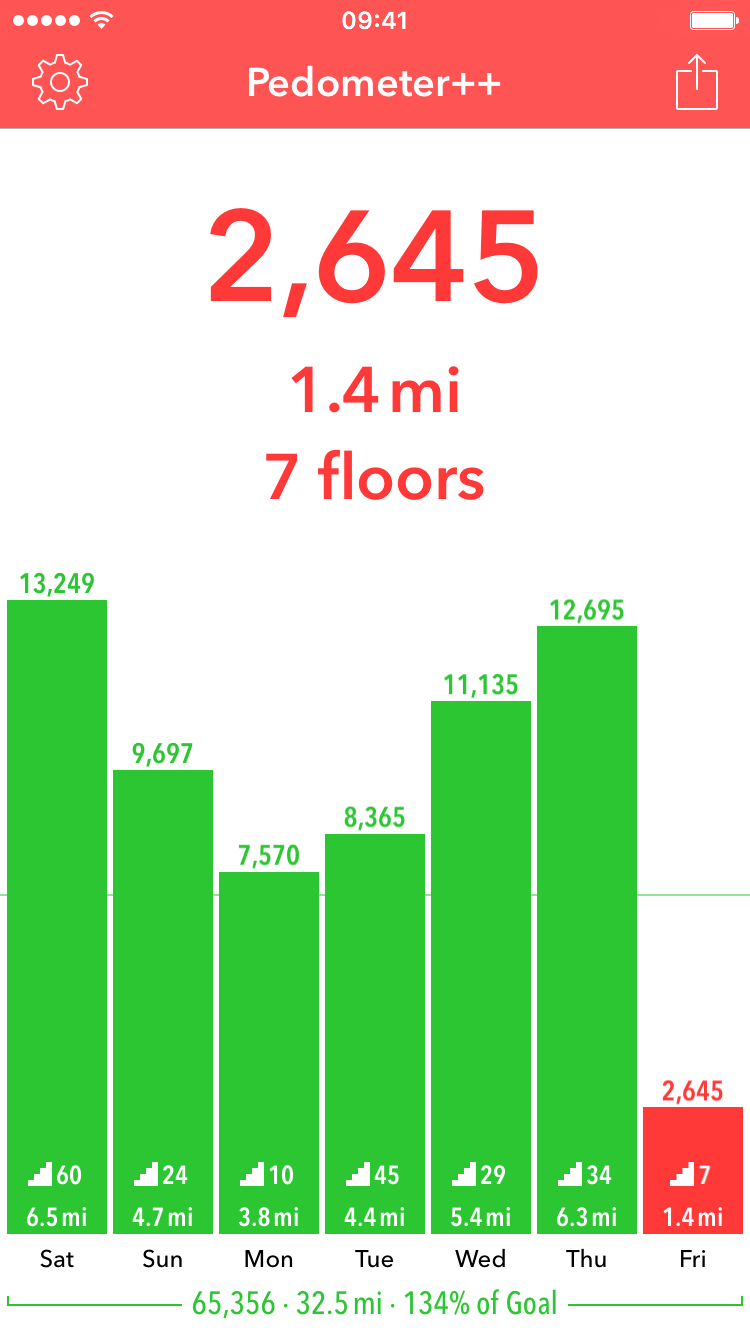 Pedometer++ also lets you set up a daily step goal. If you’re far below the step goal, your bar will show in red. It will turn orange if you get closer, and green once you’ve reached the goal.

Still, Pedometer++ is not perfect. I find it to often report step data much higher than what Apple reports in the Health app. I don’t want to argue Apple’s tracking is better than Pedometer++’s, but as a conservative measure, I like to base my daily step goal of 10,000 steps on Apple’s own data.

As an example based on the screenshots used in this post, you can see that the Health app reports 2,393 steps for me so far today, while Pedometer++ reports 2,645. That’s a 10% difference! At the end of the day, it might not be a big deal to you if all you’re looking for is a rough estimates of your walking steps.

To be completely fair, Pedometer++’s developer David Smith explains on his blog that he believes Apple way of counting steps when the user has both an iPhone and an Apple Watch may be skewed, which could be the reason why I am seeing some discrepancy in the data being reported. If Smith uses the same motion coprocessor to get the raw data as the Health app uses, he actually tweaks this data with his own algorithm when he detects an Apple Watch is being used in conjunction with an iPhone to track step count. Still, I put a little more trust in Apple’s army of engineers, and again, I’d rather be conservative when it comes to my step count.

There is a plethora of similar applications in the App Store, including Runtastic Pedometer Step Counter, and Steps Pedometer & Step Counter, so if Pedometer++ doesn’t seem to work well for you, you might want to try something else.

Tip for getting more accurate data

Although incredibly smart, the motion coprocessor of your iPhone can be more accurate at counting steps if you put your iPhone in your pocket when walking. Having it in a purse or backpack will work too, but it might not be as accurate as if the phone was in the pocket of your pants or shorts.

If you’re trying to count your steps when running, consider using an armband for your iPhone. This will also increase accuracy of step count.

Do you have a daily step goal?

They say that everyone should walk 10,000 steps a day, which for most people would equal to about one and a half hour of walking. I find this goal hard to reach, which is why I started by setting myself a more realistic goal of 6,000 steps a day in 2015, and slowly increased that daily goal over time.

What about you? Do you have a daily step goal? If so, how do you keep track of your step count? Make sure to share with all of us in the comments section below.