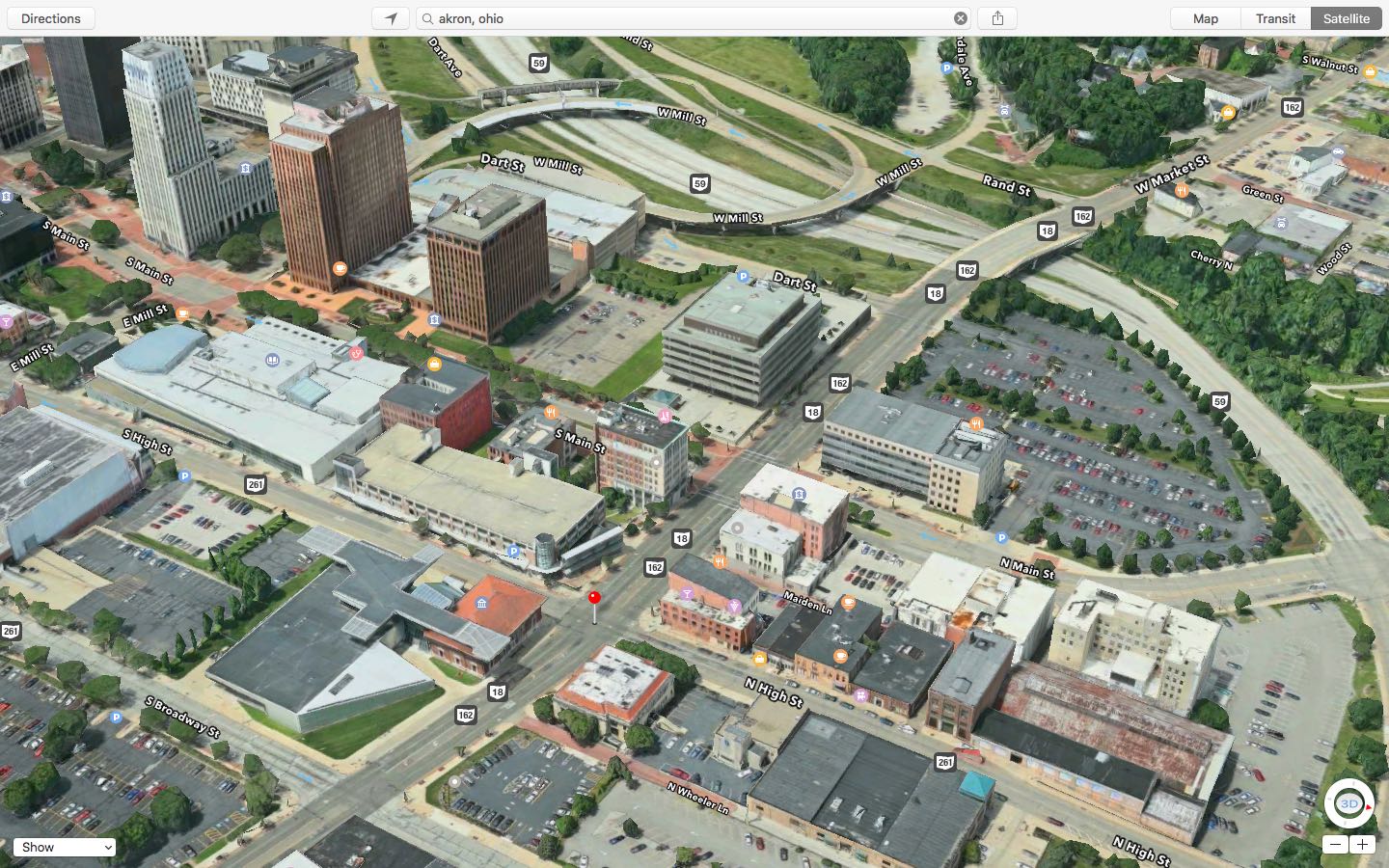 Another day, another content expansion for Apple Maps. Less than 24 hours after bringing TrainLink and bus routes to commuters in New South Wales, Australia, Apple’s mapping service has expanded its footprint with new three-dimensional Flyover content for Akron, Ohio and Puerto Vallarta, Mexico.

Last but not least, traffic information on Maps has gone live in Thailand, bringing the total number of markets where this feature is available to 34 countries, as per Apple’s iOS 9 Feature Availability webpage.

The Flyover feature renders buildings, landmarks and other objects in 3D.

Now available in more than 260 cities around the world, this Apple Maps feature can be accessed by switching to Satellite mode and zooming your view all the way in. You can rotate these Flyover views and pan them around in the full 360-degree freedom.

As for Spotlight Suggestions, which are available after today’s expansion in a total of nineteen countries, they enrich your search results in Spotlight for the iPhone, iPod touch, iPad and Mac with suggestions from web sources, including maps from Apple Maps, content from the iTunes Store, applications from the App Store and more.