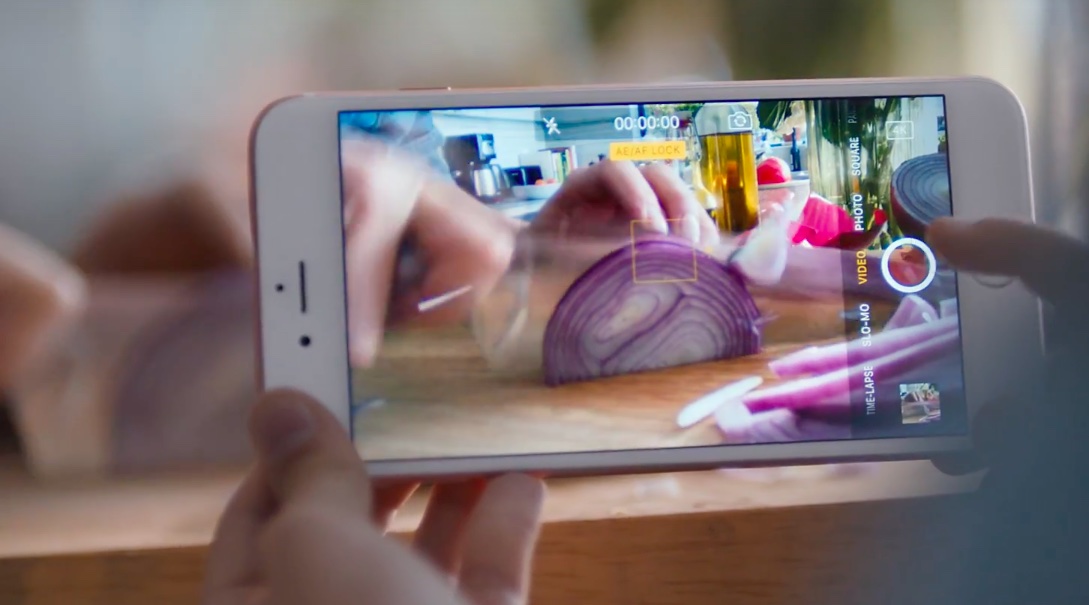 Following its nicely done Earth Day ads featuring iMessage and a recycling robot dubbed Liam, Apple on Monday released a pair of brand new television commercials for the iPhone 6s, which promote Touch ID and the handset’s ability to capture video in crisp 4K resolution through the lens of its twelve-megapixel rear camera.

The new commercials, titled “Fingerprint” and “Onions,” run thirty seconds each and are available on Apple’s official YouTube channel, but we’ve embedded them into this article for your viewing pleasure.

“With Touch ID on iPhone 6s, your fingerprint does way more than just unlock your phone,” says Apple about the “Fingerprint ad”, which you can watch right below.

“Fingerprint” is a good commercial, but “Onions” is really amusing.

That one starts off with a girl using her iPhone 6s to capture a high-resolution 4K video of her mother chopping and slicing onions. After her family is bewildered by the quality of the recording, they post it online and before you know it—the clip goes viral due to its quality.

But the hyperbolic ad doesn’t stop there.

The girl’s video then hits the silver screen (“Cutting Onions,” a thrilling action movie coming soon to a theater near you!) and our protagonist earns a Hollywood award presented to her by no other than actor Neil Patrick Harris.

Which ad do you like better, “Onions” or ”Fingerprint”?