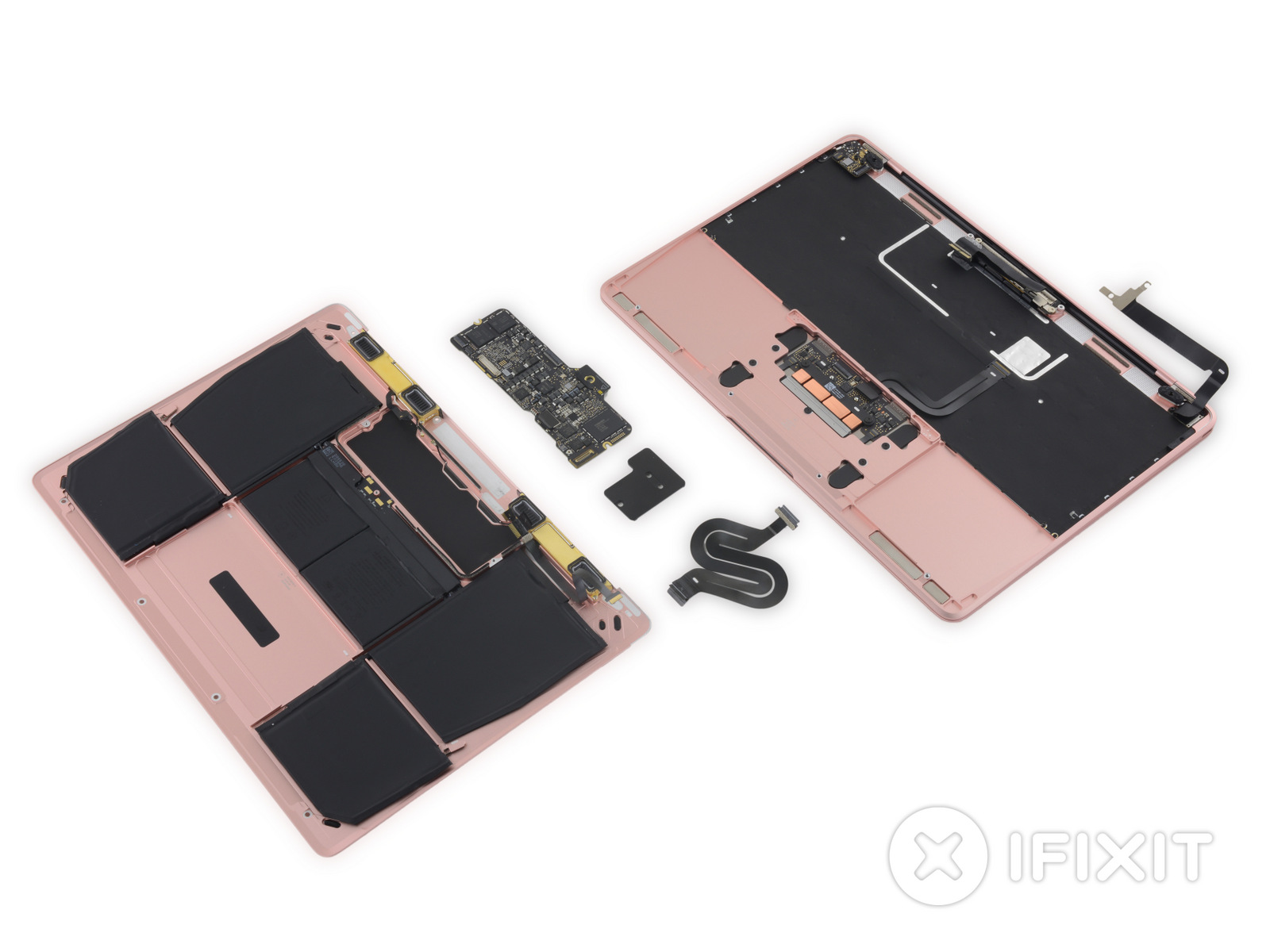 Just last week, Apple launched the second generation of its Retina MacBook lineup with a bump in CPU and SSD speed performance, as well as in battery life.

iFixit has now torn down the new 2016 Retina MacBook to reveal what kinds of hardware gems could be hidden inside of the very familiar aluminum enclosure.

Unsurprisingly, they have torn down the new rose gold-colored model. For the most part, a lot of the internals are similar, although there are a few tweaks to the design and internal hardware that users will love and hate.

iFixit tears down the 2016 Retina MacBook

As noted right off the bat in the teardown, Apple has kept the external design of the Retina MacBook completely the same with the second generation of the notebook. The only real difference is going to be the new color choice of Rose Gold, but any other color will look virtually the same as the previous generation.

All the changes appear to be internal. iFixit starts noting changes once the enclosure has been opened up; screws inside the machine appear to have a tamper-evident substance that “disintegrates” when you insert a screwdriver tip. As a result, when you mess with your own computer, Apple will now know that you’ve been in there.

iFixit also notes a change in the USB-C flex cable, where the USB-C controller is now an all-in-one piece with the cable, rather than providing a removable end that could be serviced. 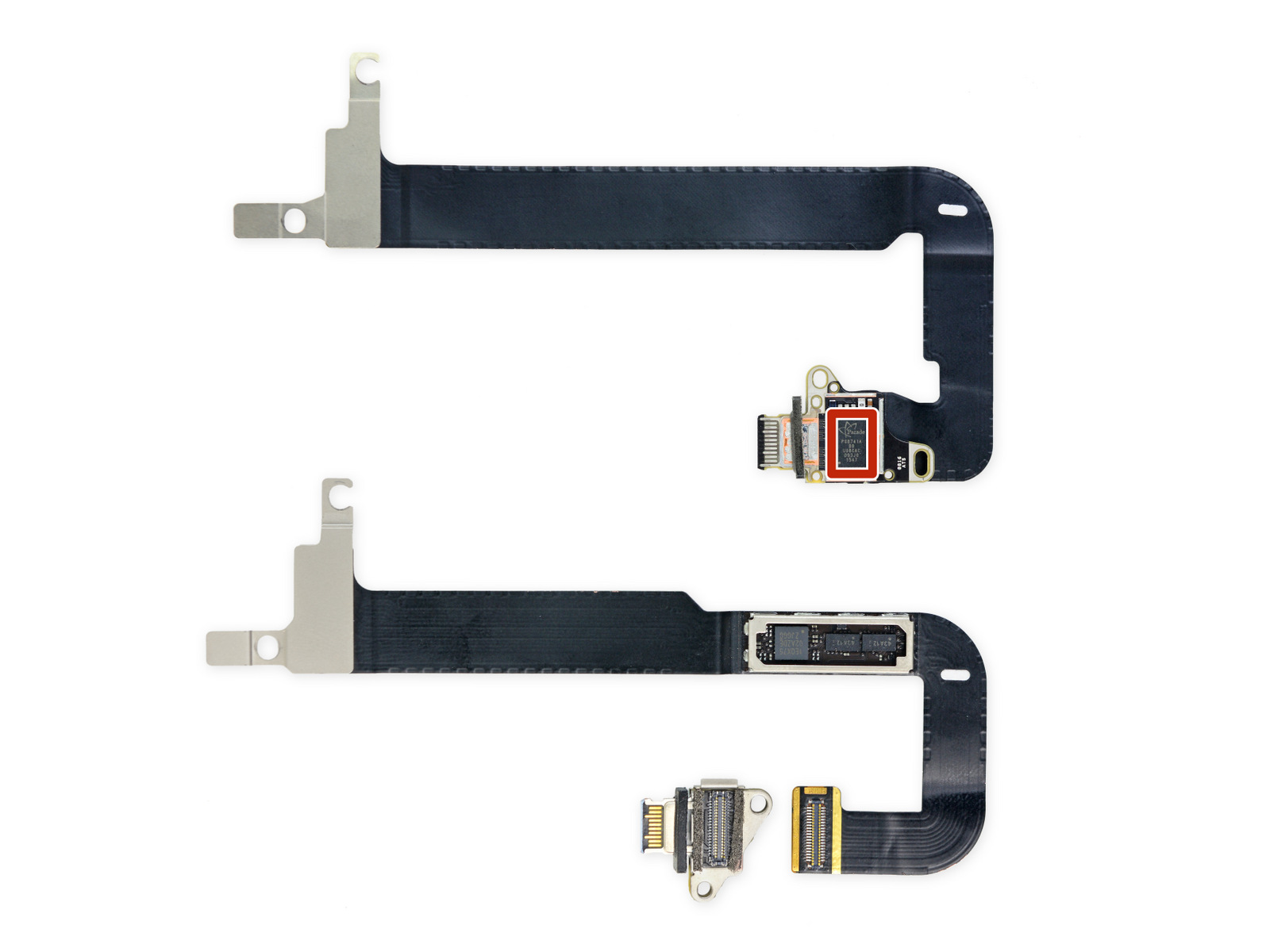 The next thing iFixit notices a difference in is the battery. As small as the change is, the 7.55V 39.71 Wh battery has been increased to a 7.56V 41.41 Wh capacity, giving the 2016 Retina MacBook a 4% power capacity increase. This, coupled with the new updated CPU is probably what gives the 2016 Retina MacBook its newfangled bump in battery life.

The rest of the magic occurs on the super tiny logic board, which was also present in the previous generation Retina MacBook. There are some changes however in the hardware, as Apple has added a faster CPU and a zippier solid state drive. 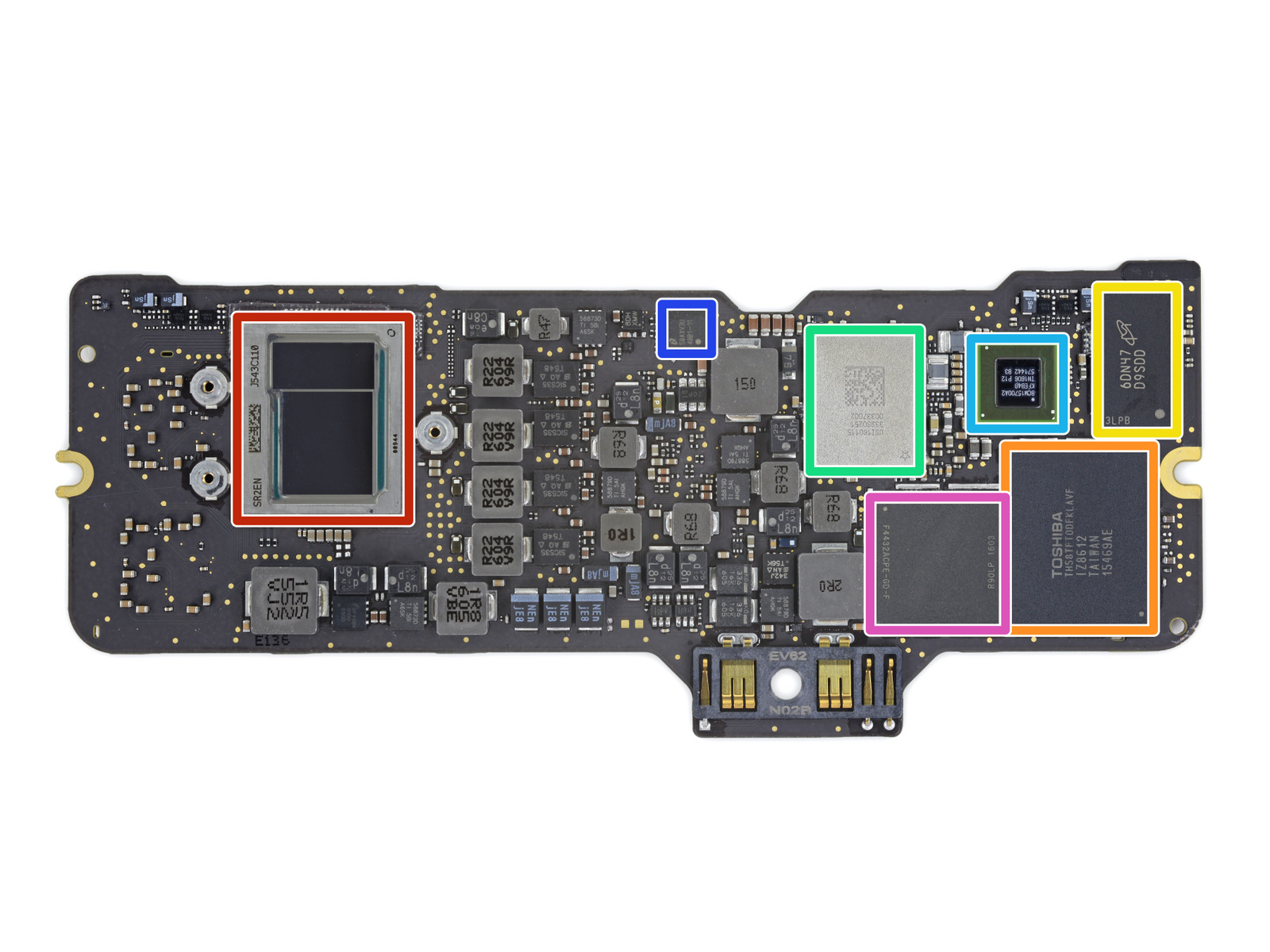 iFixit points out the following from the logic board:

What’s interesting here is the weird Frankenstien mix between Micron-branded and Samsung-branded RAM on the same logic board. Each chip is 4GB, but together it gives the computer the 8GB total RAM that users can use to run multiple apps at the same time without lagging.

The Toshiba SSD is a significant upgrade over the previous model, as it provides up to 90% faster read and write speeds over the last-generation. Those with significant workloads are going to love this speed bump.

iFixit is giving the new 2016 MacBook a pretty low 1 out of 10 repairability score due to a few nuisances that make repairs hard or expensive for this machine. Those include:

For the most part, it’s no easier to repair than last year’s model, but on the bright side, some of the pesky tri-wing screws have been replaced with easier-to-service Phillips-head screws. That’s a plus!

Are you considering picking up a 2016 Retina MacBook for yourself? Share in the comments below!