The twelve-inch notebook is now available in four aluminum finishes: Gold, Silver, Space Gray and Rose Gold. In addition, the Cupertino firm has made 8GB of memory standard across all configurations of the 13-inch MacBook Air.

The refreshed twelve-inch notebook starts at the same $1,299 like before and will be available starting tomorrow.

“MacBook is the thinnest and lightest Mac we have ever made and it’s our vision for the future of the notebook,” said Philip Schiller, Apple’s senior vice president of Worldwide Marketing. “Customers are going to love this update to MacBook, with the latest processors, faster graphics, faster flash storage, longer battery life and a beautiful rose gold finish.”

An additional hour of run time

The new twelve-inch MacBook provides an additional hour of battery life thanks to Intel’s latest-generation Skylake platform and the use of a 41.4-watt-hour lithium-polymer battery versus a 39.7-watt-hour one inside last year’s models.

The updated MacBook offers up to ten hours of wireless web browsing and up to eleven hours of iTunes movie playback versus nine hours of power per charge on the first-generation model.

There’s also a faster 1,866 MHz memory inside, a faster PCIe-based flash storage and up to 25 percent faster graphics (Intel’s HD Graphics 515). Though Apple did not mention how speedy the new Skylake chips are nor did the company divulge how performant the overhauled SSD storage is, first benchmarks point to a modest 15-20 percent improvement on the CPU side and up to ninety percent faster disk-write operations on PCIe-based flash storage.

The resolution of the Retina screen on the new MacBook model has remained unchanged from the original model. Contrary to some rumors, the updated model still offers a single USB-C port, meaning customers who want to connect a bunch of peripherals to their machine will have to buy pricey adapters.

“Following the introduction of USB-C on MacBook, the ecosystem of Apple and third-party USB-C accessories has continued to grow, giving users added flexibility and capability,” said Apple. 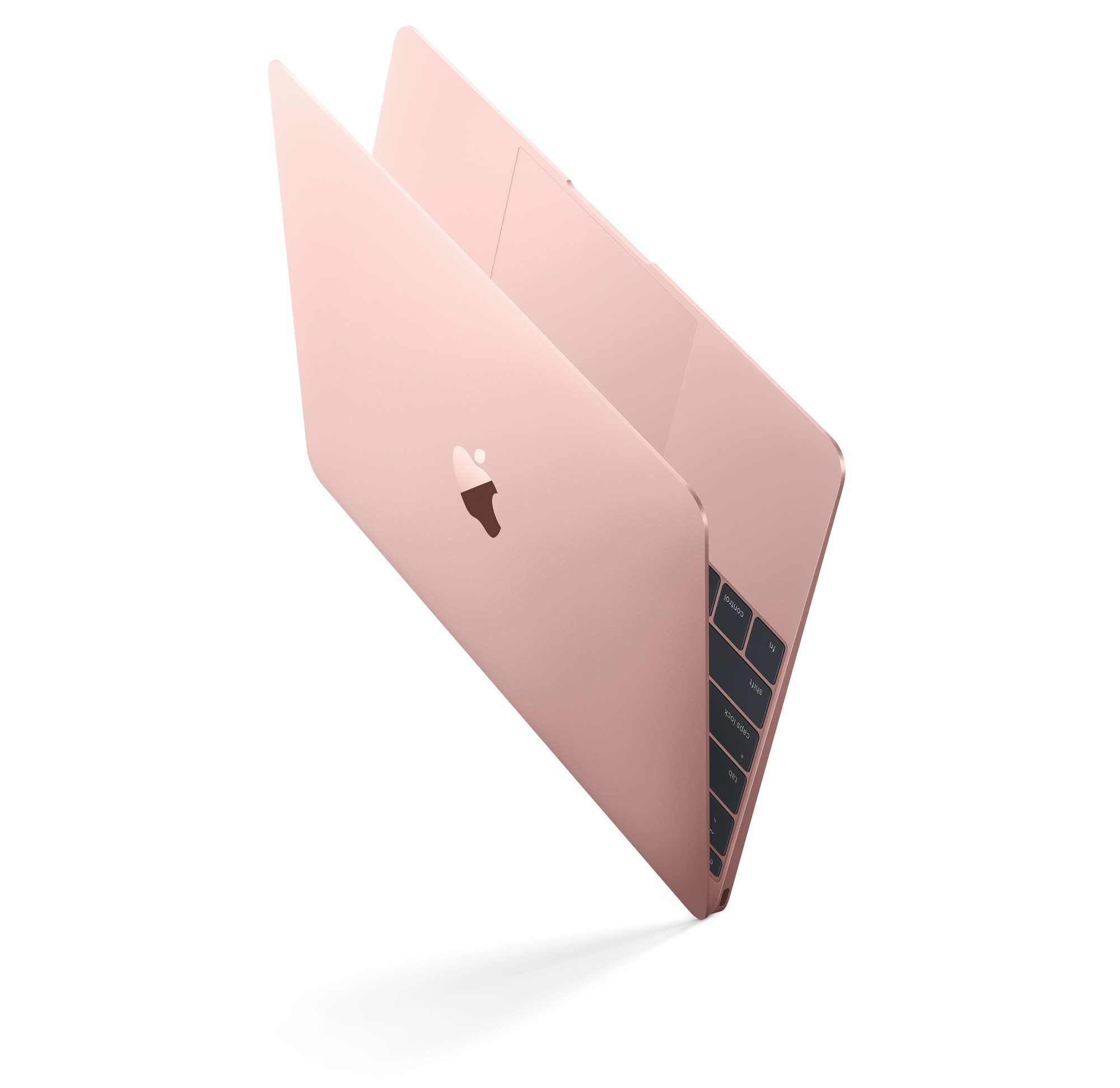 In addition to the same low-quality 480p FaceTime camera like on last year’s MacBooks, the new machines lack features like Thunderbolt 3 or DDR4 RAM.

The new MacBook will be available starting tomorrow through the Apple Online Store, Apple Retail Stores and via select Apple Authorized Resellers. The entry-level models starts at $1,299, with a more powerful $1,599 one and configure-to-order options available as well.

If you’d rather buy last year’s models, Apple is now offering refurbished first-generation MacBooks with up to an additional fifteen percent discount. These are good as new, include one-year warranty and are eligible for extended AppleCare coverage.