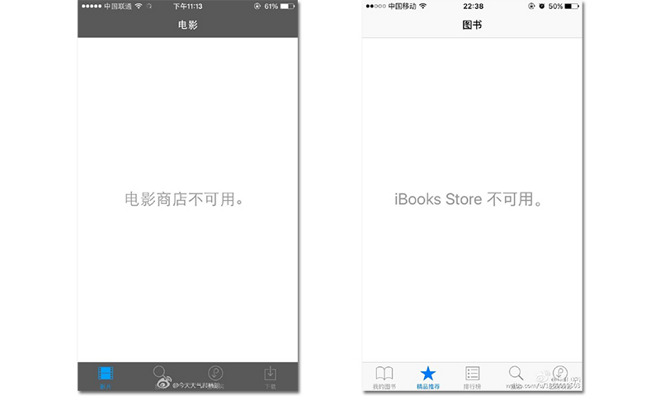 Apple’s iBooks Store and iTunes Movies have been shut down in China by a state agency, reports The New York Times. The outlet says the Chinese State Administration of Press, Publication, Radio, Film and Television was behind last week’s mysterious outage.

The shutdown occurred just six months after the two services were made available in the country. An Apple spokesperson said in a statement that the company “hopes to make books and movies available again to our customers in China as soon as possible.”

Last week, Apple’s iBooks Store and iTunes Movies were shut down in China, just six months after they were started there. Initially, Apple apparently had the government’s approval to introduce the services. But then a regulator, the State Administration of Press, Publication, Radio, Film and Television, asserted its authority and demanded the closings, according to two people who spoke on the condition of anonymity.

The turnaround is quite surprising, given that Apple has seen a lot more success launching new products and services in China than other tech companies. The country has become the iPhone-maker’s second largest market, behind the United States.

China has sweeping goals in its move against Apple, said Daniel H. Rosen, founding partner of Rhodium Group, a New-York based advisory firm specializing in the Chinese economy.

“They are interested in protecting the content that the Chinese people see, policing its national security and favoring indigenous giants such as Huawei, Alibaba and Tencent,” Mr. Rosen said. In this new era, he added, China “is strongly disinclined to accept the dominance of foreign players on the Internet, not least those from the United States.”