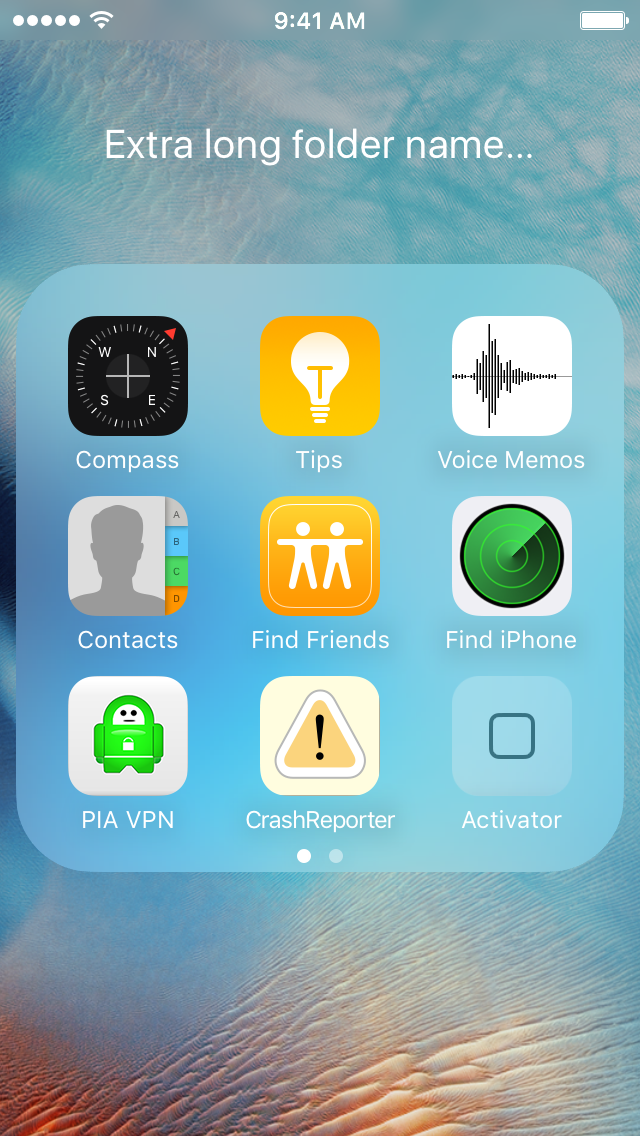 If you’ve ever had a folder name that was too long for iOS to display, then you probably had an atrocious-looking folder title like the one above; cut off, and ended with an ellipsis.

That’s why a new free jailbreak tweak called Marquee is going to appeal to those of you with the desire to have longer folder names on your Home screen.

Marquee – have your cake and eat it too

When you have a folder name that is too long for iOS to display, you get an ugly cut-off version of the title followed by some dots. Unfortunately, iOS just doesn’t support longer titles, which some of you might wish to have, either for humorous or descriptive reasons.

With Marquee installed on your jalbroken device, those longer folder titles that would normally be cut off by iOS will now display in their entirety.

They will scroll from left to right so you can view the entire thing as it moves, as you can see in the animated GIF example below:

As you can see, after the name finishes scrolling, there is a brief moment of blank space, and then the name will begin scrolling all over again.

The animation effect is similar to that of what you would see in the Music app if a song title is too long to be displayed in one screen. With that being said, even the animation itself is Apple-esque.

My thoughts on Marquee

Honestly, my folder names are typically kept within 1-2 words each, but I’ve seen some pretty creative people out there that like to take things to the next level. I don’t really see why this feature isn’t already a part of a stock installation of iOS, as it wouldn’t hurt to have.

In my opinion, it should be, because having a cut-off title after a certain amount of characters hinders creativity and is just absurd.

Although it’s a pretty niche feature and many people are going to find it silly that some even have longer folder names, the fact that Marquee is free in Cydia makes me excited about it and makes me want to experiment with it.

It’s a simple feature, but I like that it lifts a limitation Apple sets and lets you go out of bounds with your own device.

If you’re interested in trying Marquee, you can download it for free from Cydia’s BigBoss repository right now.

The developer confirms that the tweak will work on all iOS devices running iOS 7 through iOS 9. The tweak also doesn’t have any options to configure, and starts to work as soon as you install it.

What are your thoughts on being able to have super long folder names that scroll in iOS? Share in the comments below!