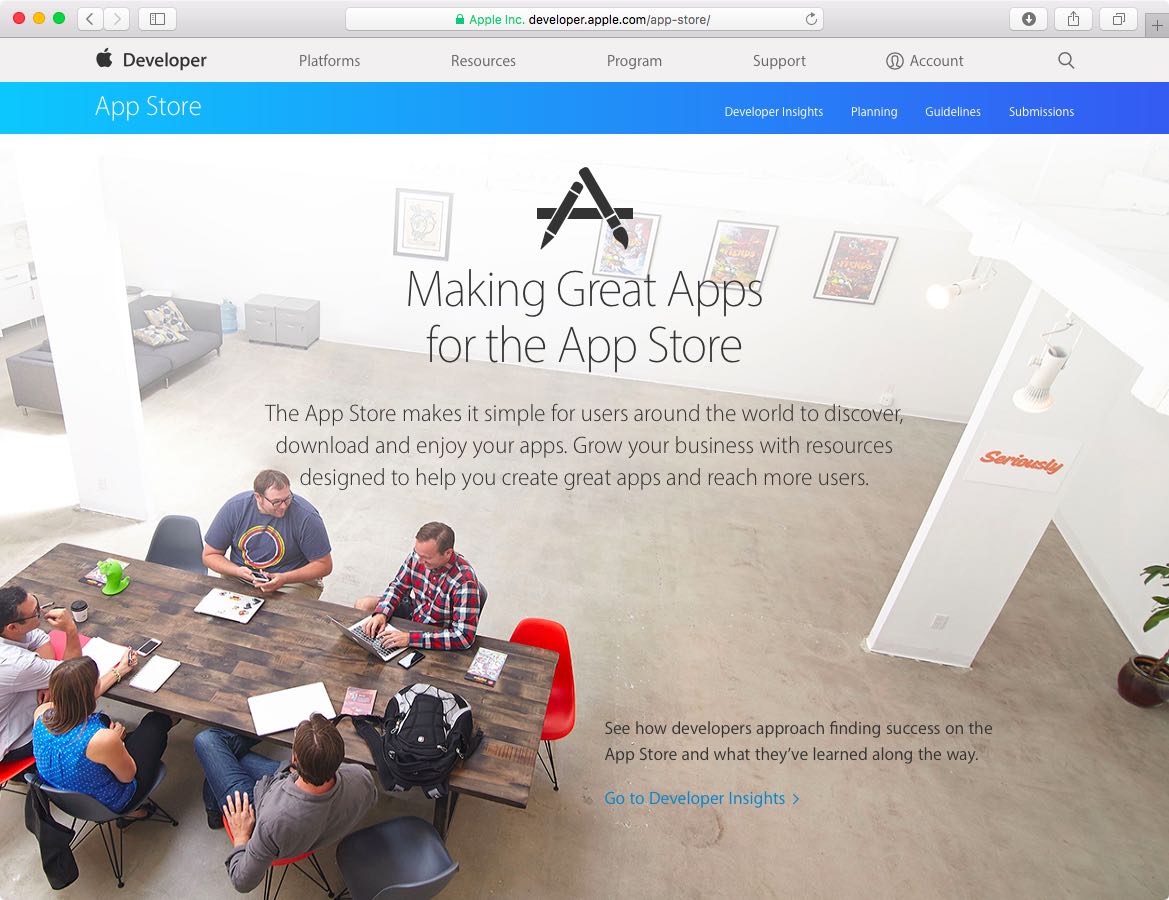 In addition to formally announcing that it will be kicking off the Apple Worldwide Developers Conference with a keynote on Monday, June 13 in San Francisco, Apple yesterday quietly refreshed its portal for developers with a brand new section dedicated to helpful App Store resources which Apple has created to make it easier for its developers to find success on the App Store.

“Take advantage of new articles and videos designed to help you grow your business on the App Store and engage users worldwide,” said the company on the new “Making Great Apps for the App Store” webpage.

Both existing and new resources pertaining to developing for Apple platforms can be accessed through the main navigation bar at the top, such as the official App Store guidelines and review process, tools for submitting apps and resources for planing apps.

The new resources under the Planning section include:

With more than 1.5 million apps to choose from and search that leaves a lot to be desired, only the best developers live to see their apps climb the charts and deserve a spot in one of Apple’s featured App Store sections.

Many other apps don’t make it to featured pages at all, which often seals their doom as they’re not surface unless customers search specifically for them. Apple is said to be making some changing to the App Store algorithm soon and is even considering paid search results, Bloomberg said last week.