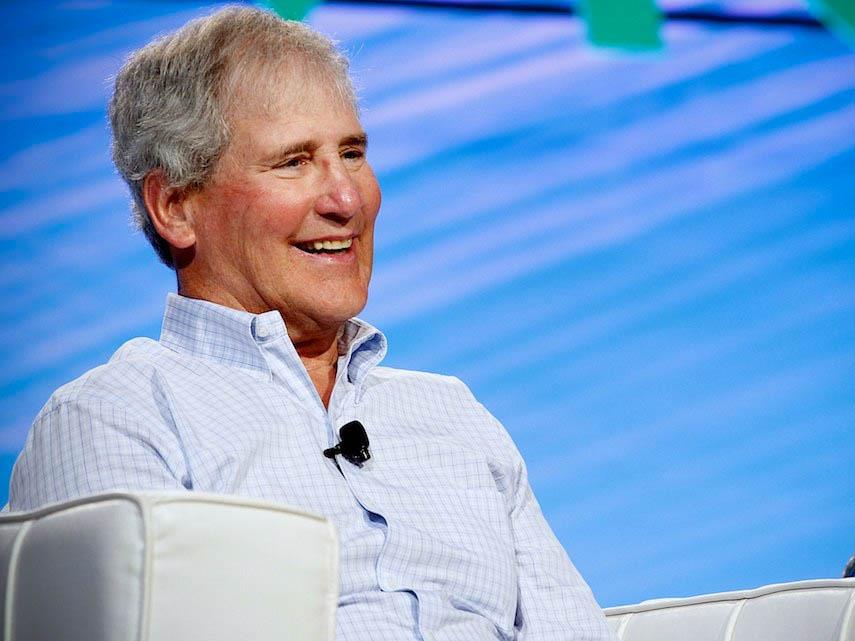 Silicon Valley has lost its coach: longtime Apple board member and true Silicon Valley icon, Bill Campbell, has died today at the age of 76 after a long battle with cancer, Re/code reported Monday. Best-known as simply “The Coach” for his business acumen and coaching skills, he coached many big name Silicon Valley executives, including Google’s Larry Page and Amazon’s Jeff Bezos.

He, of course, acted as an unofficial adviser to Apple’s executive team and coached Apple’s own Steve Jobs. “News of his passing popped up on Facebook early this morning and many prominent tech players also confirmed the death to me, wrote reporter Kara Swisher.

“Bill Campbell passed peacefully in his sleep after a long battle with cancer,” reads a post on Facebook. “The family appreciates all the love and support but asks for privacy at this time.”

Apple has released a beautiful statement on the death of its former director, who was also a very close friend of Steve Jobs.

“Bill Campbell was a coach and mentor to many of us at Apple, and a member of our family for decades as an executive, advisor and ultimately a member of our board,” Apple said in a prepared statement.

“He believed in Apple when few people did and his contributions to our company, through good times and bad, cannot be overstated. We will miss his wisdom, his friendship, his humor and his love for life.”

“His contribution to Google—it is literally not possible to overstate,” former Google CEO Eric Schmidt said about Campbell back in 2008. “He essentially architected the organizational structure”.

Campbell, who was also a football coach at Columbia University, advised Silicon Valley’s technology leaders that their product managers not just bark down commands about what features a new product should and shouldn’t have.

“They should work in close concert with the engineers and act more or less as editors, guiding features along the way,” Campbell said, mentioning Steve Jobs and Twitter co-founder and CEO Jack Dorsey as two of the top such editors of their day.

In July 2014, Campbell left Apple’s board of directors and announced his retirement.

Susan Wagner, a founding parter of asset-managment firm BlackRock, was later elected to the board of directors as Campbell’s replacement. Campbell had been with Apple since 1983, when he joined the company as VP of Marketing.

Longest-serving board member in Apple’s history

Next to Apple co-foudners Steve Jobs and Mike Markkula, Campbell was the longest-serving board member in the company’s history.

“Bill’s contributions to Apple are immeasurable and we owe him a huge debt of gratitude. On behalf of the board and the entire company, I want to thank him for being a leader, a mentor and a friend,” said Apple CEO Tim Cook after Campbell retired. “When Bill joined Apple’s board, the company was on the brink of collapse. He not only helped Apple survive, but he’s led us to a level of success that was simply unimaginable back in 1997.”

When Cook took the full reign of Apple following Steve Jobs’s passing, Campbell said that “the company today is in the best shape that I have seen it”.

“Apple is an institution now,” he said. “Tim’s done an amazing job of building bench strength within the organization. There’s a whole set of new and smart people who are taking over. You’re watching that company grow up.”

“Tim is a calm, thoughtful guy,” he said. “He studies things and thinks about them, makes a decision, and moves on,” he added.

Campbell was hired away from Kodak in 1983 – where he ran the company’s European film biz – by John Sculley who appointed him Apple’s VP of Marketing. He would go on to lead Apple’s Claris software division until quitting after Sculley refused to spin off Claris into an independent company.

He also ran Intuit from 1994 to 1998 and was one of the first former Apple executives Jobs brought back on board upon his return from exile. Campbell delivered a moving segment during Apple’s corporate event which celebrated Steve Jobs life, that took place outside its Cupertino, California headquarters on October 19, 2011.

That’s an insightful speech for Jobs’ fans and people who believe in coaching.

Joining Apple and conflict of interest

In an interview with Fortune, Campbell reflected on how Steve Jobs asked him to re-join Apple as a member of the board of directors in 1997, shortly after Jobs had returned to his company.

A very sad day. My deepest condolences to his family. Bill was instrumental as a mentor – for me, for Google, for all Valley entrepreneurs

Jobs and Campbell were neighbors in Palo Alto.

Jobs would frequently take walks on weekends and knock on Campbell’s door, or simply wander into Campbell’s backyard and sit down by the pool.

“He came by one day, and we sat on a bench by the pool,” Campbell recalled, “and he said, ‘I’d like you to join the Apple board.’ The only time I’ve had a rush like that was when I was asked to be a trustee of Columbia University. I said, without hesitation, ‘For sure.’

Just hearing the news about Bill Campbell. Horrible. Called me on my last day at Twitter & had both the funniest & most insightful comments

The Coach was sometimes accused of conflicts of interest because he had been training Apple executives alongside those at Google and other Silicon Valley technology companies. Such was the case of his dual role on the Apple board and advising Schmidt and Google.

“Steve would say, ‘If you’re helping them you’re hurting me.’ He would yell at me,” recalls Campbell, whose normal banter typically needs to be sanitized for most publications. “ I’d say, ‘I can’t do HTML, come on. I’m just coaching them on how to run their company better.’”

He continued in both roles for years.

As an interesting side fact, Campbell’s never learned how to code in HTML.