With each passing day, Chinese handset vendors are getting better at their game, producing phones with great technical specifications that often outperform flagship devices from the likes of Samsung, but cost half as much. Take, for example, Meizu, a Chinese consumer electronics company, which has built a new phone with some impressive hardware specifications.

Their new Pro 6 smartphone was just announced this morning: it has the world’s first ten-core mobile processor, a 21-megapixel rear camera with a small ring two-tone flash consisting of 10 LEDs, a first for any smartphone, and a clone of Apple’s 3D Touch.

The phone’s ten-core processor is a three-cluster MediaTek Helio X20 series with four gigabytes of RAM. It consists of four 1.4 GHz ARM Cortex-A53 cores, an additional four cores of the same variety but clocked at two gigahertz each and a pair of 2.5GHz ARM Cortex-A72 cores. The graphics subsystem is ARM’s Mali-T880 image processor.

In addition to the speedy CPU and 4GB of RAM, the phone also utilizes modern eMMC 5.1 flash memory. For those wondering, that CPU recently scored 101757 points on the Antutu benchmark. The device itself measures 147.7mm tall, 70.8mm wide and 7.25mm deep, weighs in at 160 grams and has a 2,560 mAh battery.

According to Meizu, many popular Chinese such as like WeChat, Weibo, Youku and QQ will be supported at launch, with more apps gaining support for 3D Press in the future. 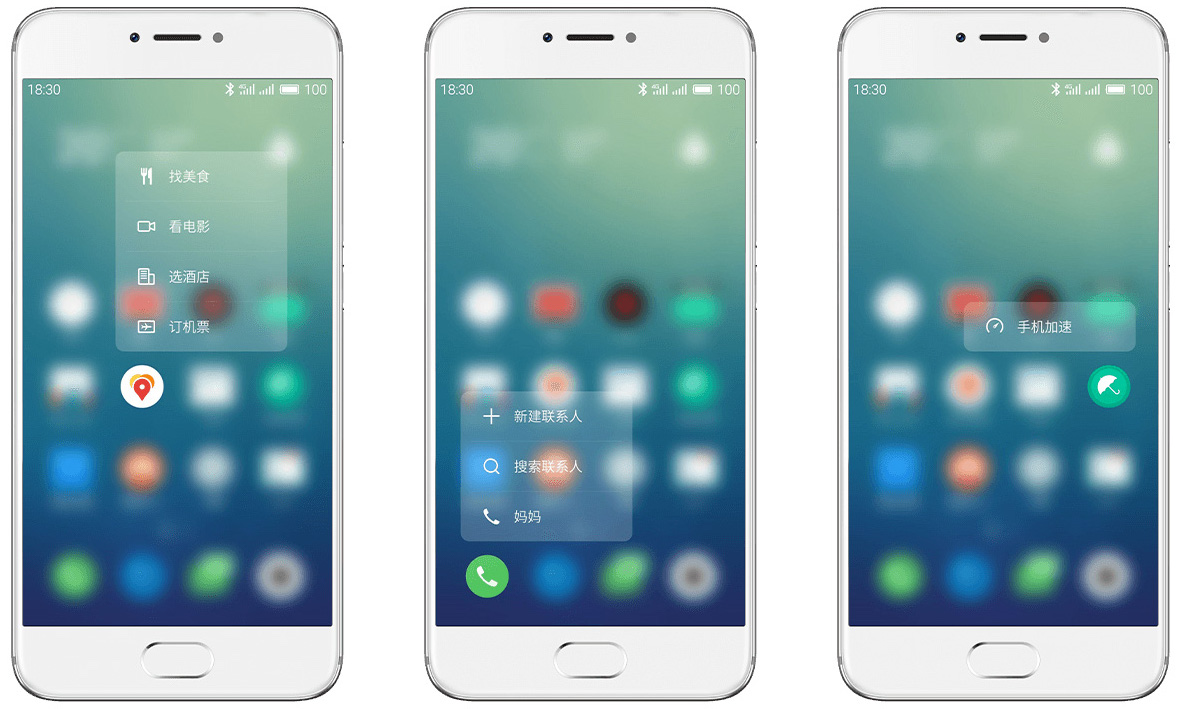 As mentioned, the phone packs in a 21.16-megapixel f/2.2 camera on the back (the mid-range Sony IMX230 sensor) with a Gorilla Glass 3 lens protection instead of the harder sapphire crystal. The camera sports an improved laser autofocus and has a 10-LED flash. The front camera is a 5-megapixel f/2.0 shooter.

The device is dual-SIM, charges from zero to 100 percent in one hour, has a fingerprint reader built into the Home button, LTE Cat 6 radio, a USB 3.1 Gen 1 Type-C port (up to 5 Gbps; can transfer 1 GB within 10 seconds), a Cirrus Logic audio chip, a third-generation NXP Smart PA chip that acts as a smart amplifier that controls the vibration of the built-in loudspeaker, a gravity sensor and more.

The only thing missing is NFC for contactless payments. 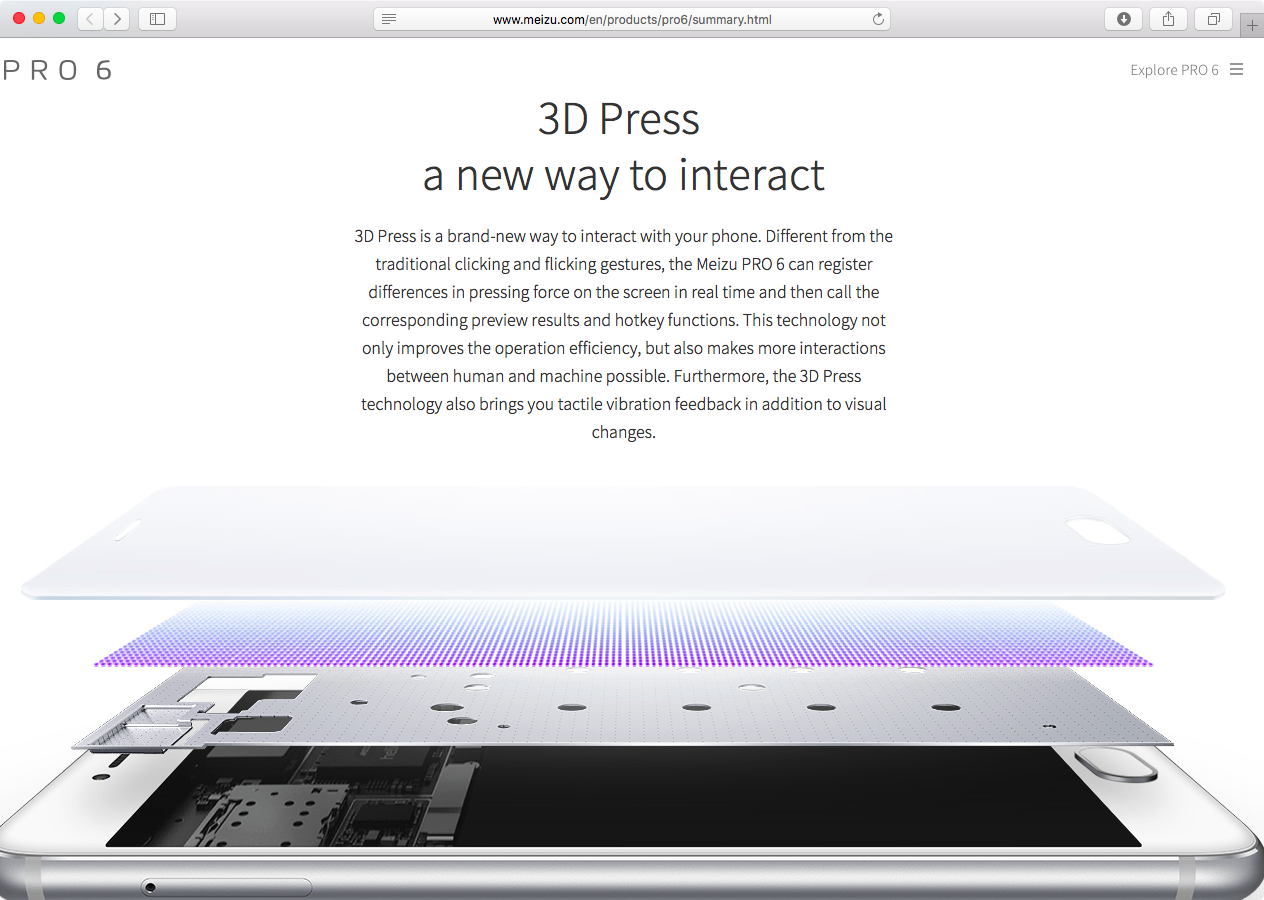 It’s available in Gold, Gray and Silver and starts from just 2,499 yuan for a 32-gigabyte version, or about $390 off-contract. A higher-priced 64GB model is available as well.

What do you think about Meizu’s new phone? Is it a good value for money and would you consider it if you were in the market for a non-Apple smartphone?