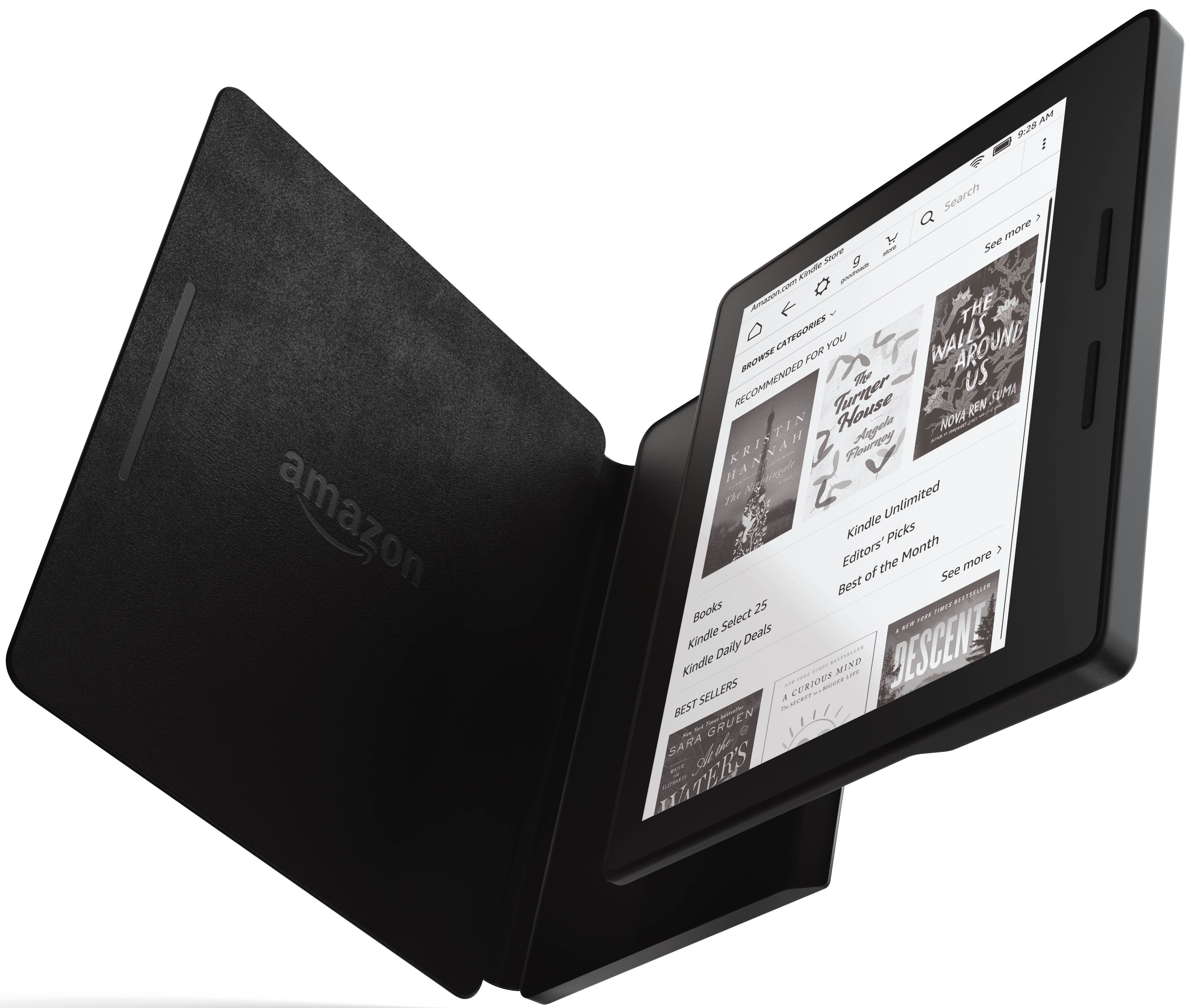 Amazon on Wednesday unveiled a brand new device, the $290 Kindle Oasis, its eighth-generation Kindle e-reader. Billed as its thinnest and lightest e-redear yet, the Oasis weighs in at just 4.6 ounces and measures a remarkable 3.4 millimeters at its thinnest point, which is less than half the thickness of Apple’s iPhone 6s at its smallest point.

Its dual-battery charging system lets you read for months without plugging in if you’re using the Oasis with the official charging case. Without the case, the device’s built-in battery provides up to two weeks of reading based on 30 minutes usage per day.

The Oasis certainly has attractive design and its featherweight polymer frame plated with metal by structural electroplating contributes a lot to its light design. On average, it’s 30 percent thinner and over 20 percent lighter than any other Kindle, as per Amazon.

The device rests in your hand like the spine of a book so it should feel balanced for one-handed reading. Like before, pages of e-books can be turned with either a tap of a touchscreen or a press of a physical button. 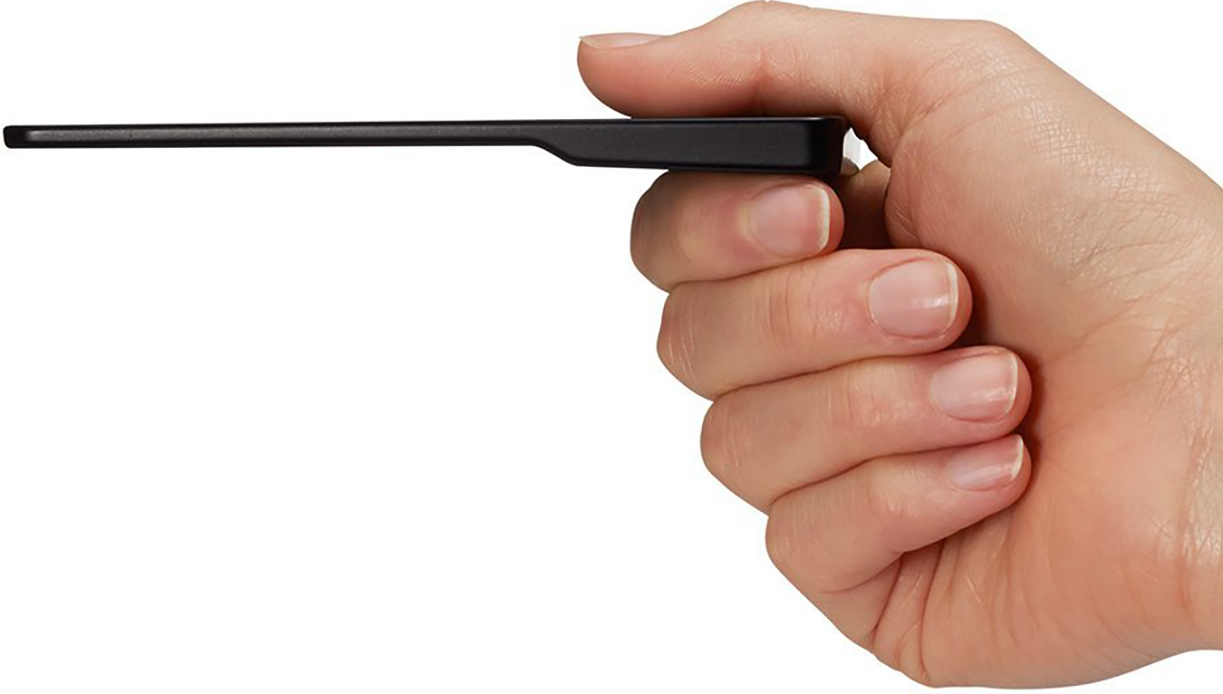 Just like the much cheaper $199 Voyage, the Oasis comes outfitted with a sharp six-inch Paperwhite e-ink black and white display at 300 pixels per inch which offers unmatched visibility at direct sunlight. With 60 percent more LEDs, it’s Amazon’s brightest Kindle display ever.

Like Apple’s Smart Covers, the Oasis’s charging case has built-in magnets for secure attachments and will wake the e-reader when opened and put it to sleep when closed. Moreover, users can charge their device and cover simultaneously while both are snapped together and plugged in.

The original Kindle, by the way, released eight years ago.

Is it worth the money?

So far so good, but the device’s $290 price point, which makes it more expensive than the more capable $269 iPad mini 2 from Apple, may prevent mass adoption. By comparison, the Kindle Voyage is $199.99, the Kindle Paperwhite remains $119.99, and the entry-level Kindle starts out at just $79.99.

Given Amazon’s penchant for deep discounts, it’s fairly safe to speculate that Amazon might discount the device should would-be buyers start bulking at the price. 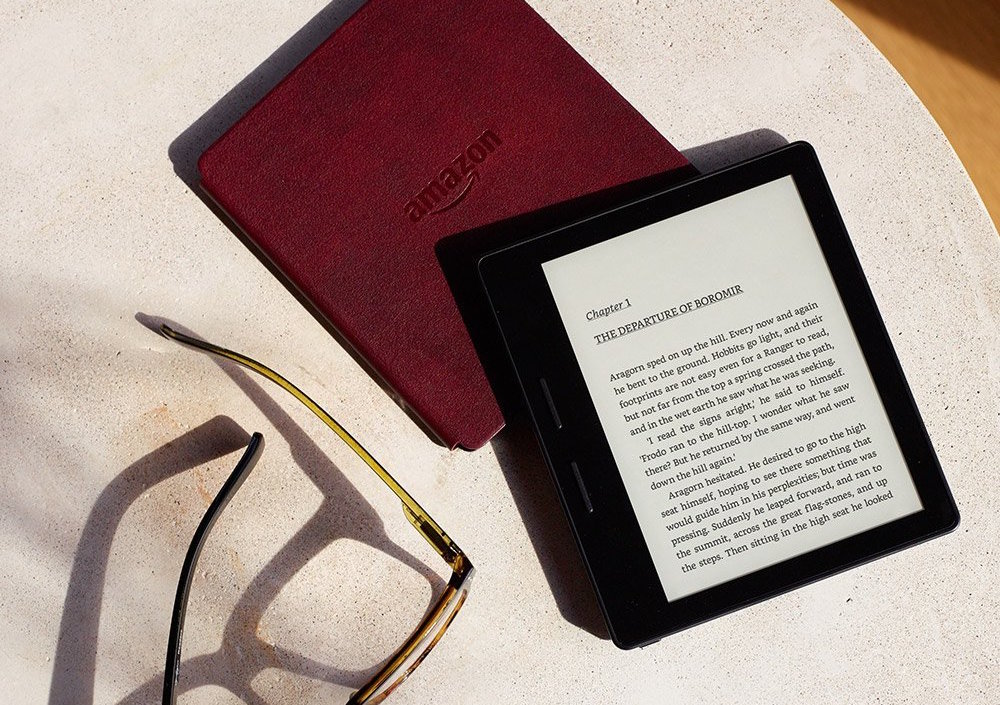 The Oasis costs $290 for the Wi-Fi-only version or $350 for the Wi-Fi and cellular edition. The device is available for pre-order around the world right now and will start shipping in the coming weeks, on April 27, said Amazon.

The leather case is available in Black, Merlot and Walnut.