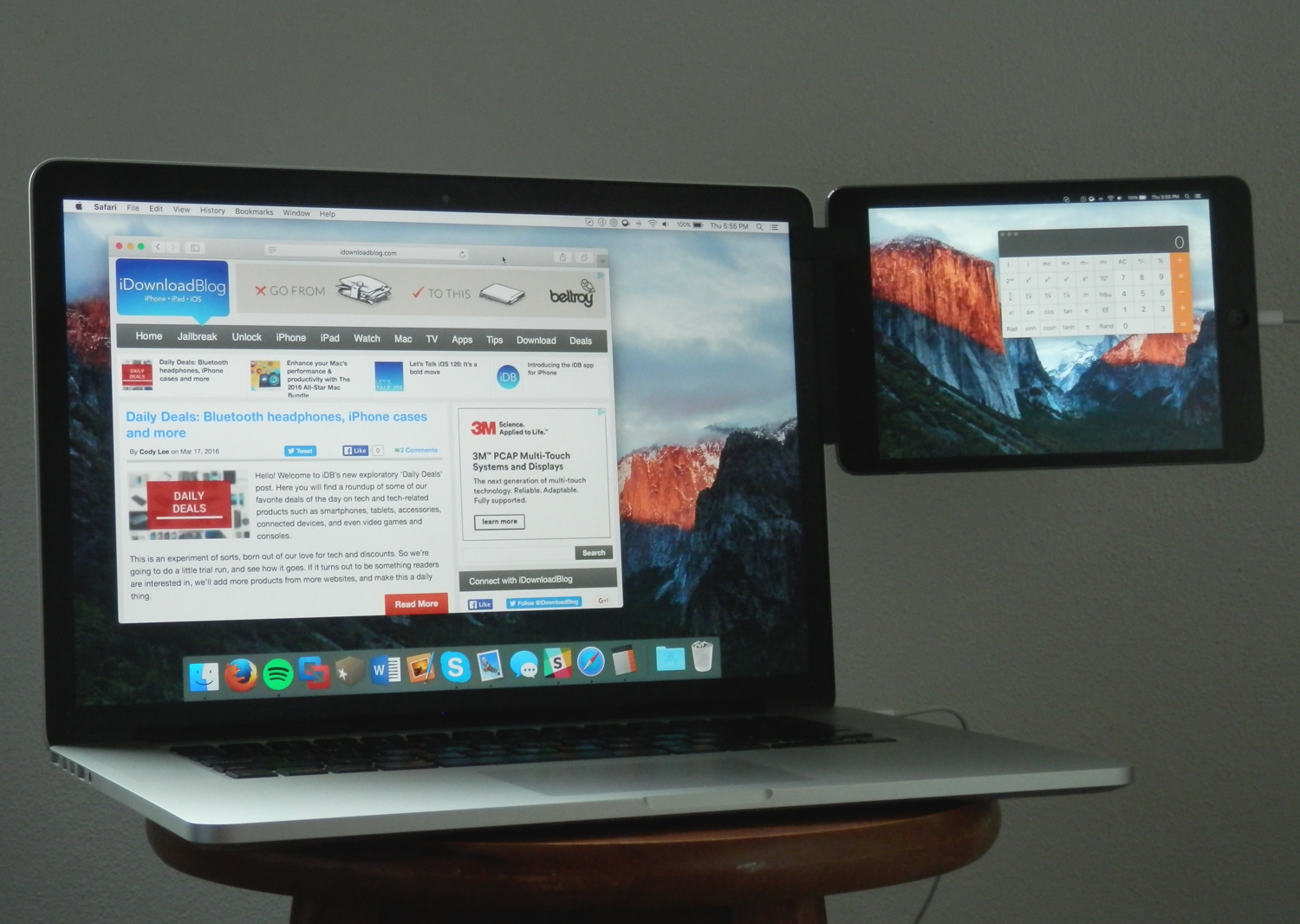 Whether you’re looking to make multitasking easier by having your iPhone, iPod touch, or iPad right next to your computer, or you’re using some kind of screen-extension software like Duet Display, the Mountie by Ten 1 Design is a great way to use your iOS device side-by-side with your Mac or PC.

The Mountie, which can be had in either Blue or Green flavors on Amazon for just under $25, is an affordable way to keep your iOS device right where you want it – in front of your face – without needing to shell out big bucks on fancy desk stands.

In this review, we’ll show you how the Mountie works and give you our general opinion on why you should or shouldn’t consider it for your Apple accessory wish list.

How the Mountie works

Mountie uses a gentle clamping system to attach your iOS device to the side of your MacBook, MacBook Air, MacBook Pro, or other notebook PC. Because of the design, this accessory only works with notebook computers – not desktop computers like the iMac.

The clamping system uses a gentle rubber boot system so that the displays of your MacBook computer and iOS devices are never worn into or scuffed up. The materials used to build the Mountie are intended to keep the iOS device as sturdy as possible in a light-weight design without causing any damage to either device. 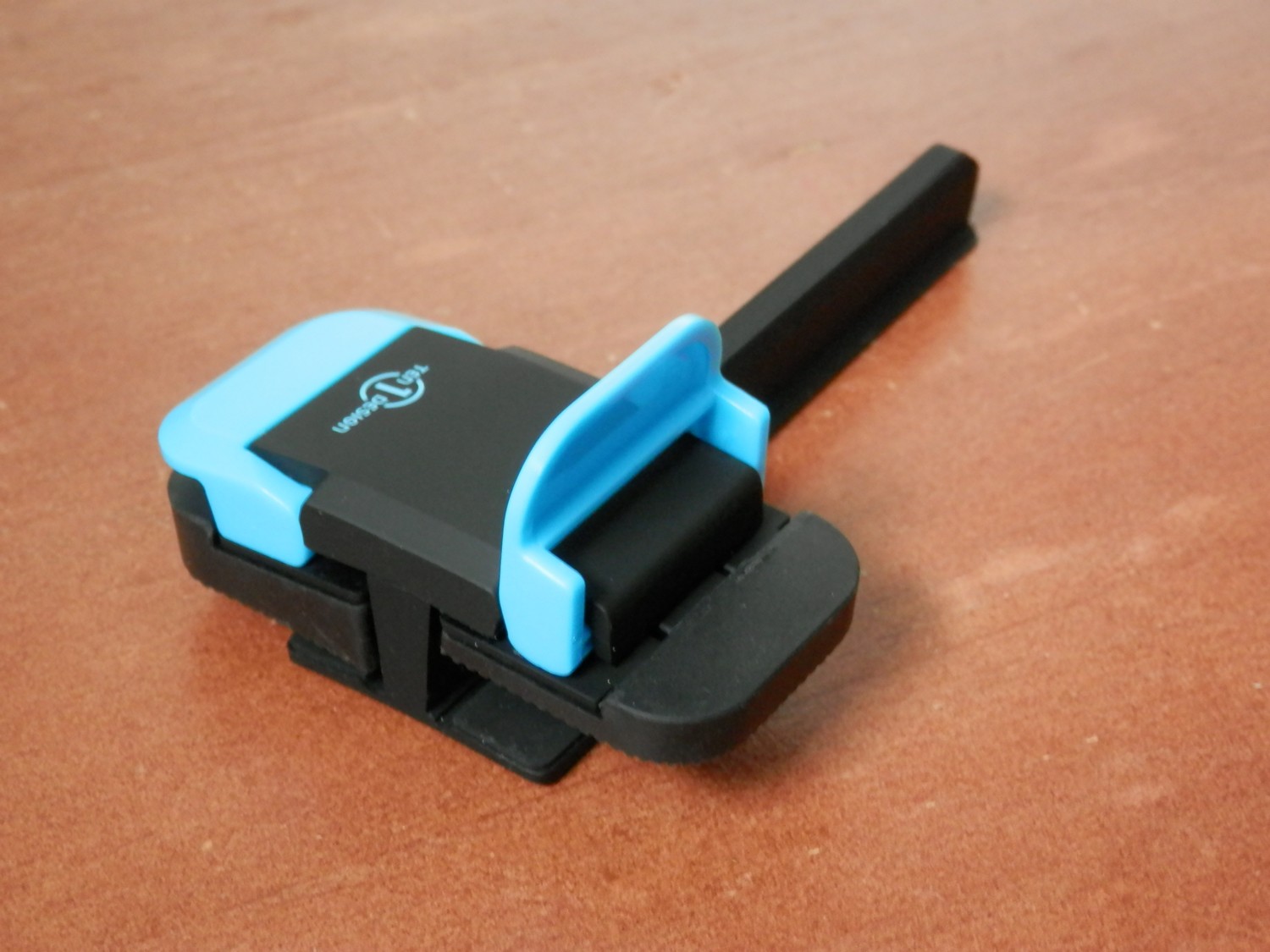 It’s also worth noting that the Mountie is built on a one-size-fits-all platform. It comes with additional rubber boots of all different sizes, so you will always have a rubber boot that fits your computer and iOS device combo, whether you have a case on it or not. The boots are labeled by letter, and the Mountie comes with instructions that outline which letter is best for certain iOS devices. 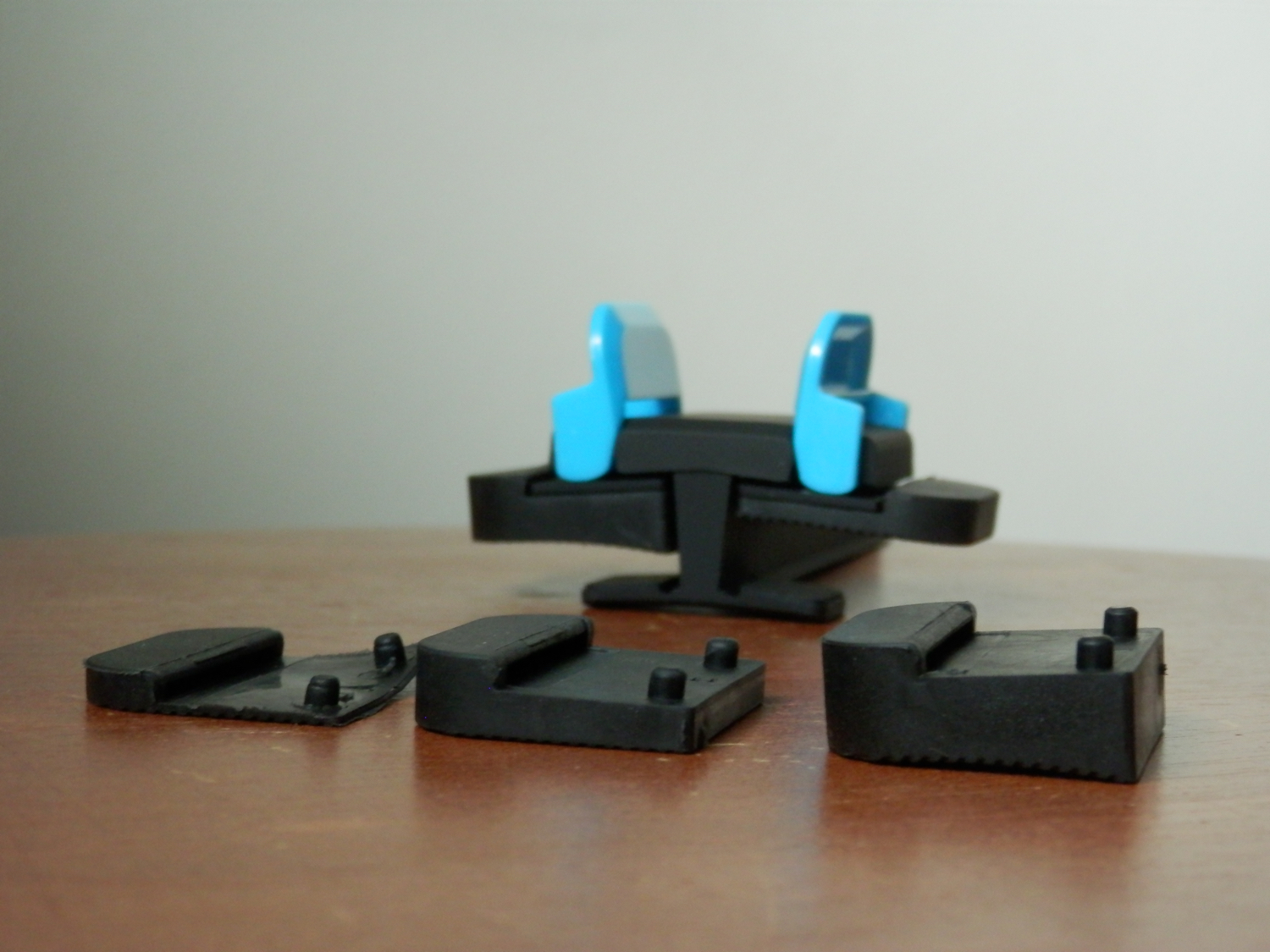 As you can see, each boot has two rubber nipples; these need to be seated into the Mountie so they remain in place. Once you’re satisfied, you can go ahead and mount your iOS device up to your notebook at the desired height and in the desired orientation and then press down on the colored clamps to hold it into place: 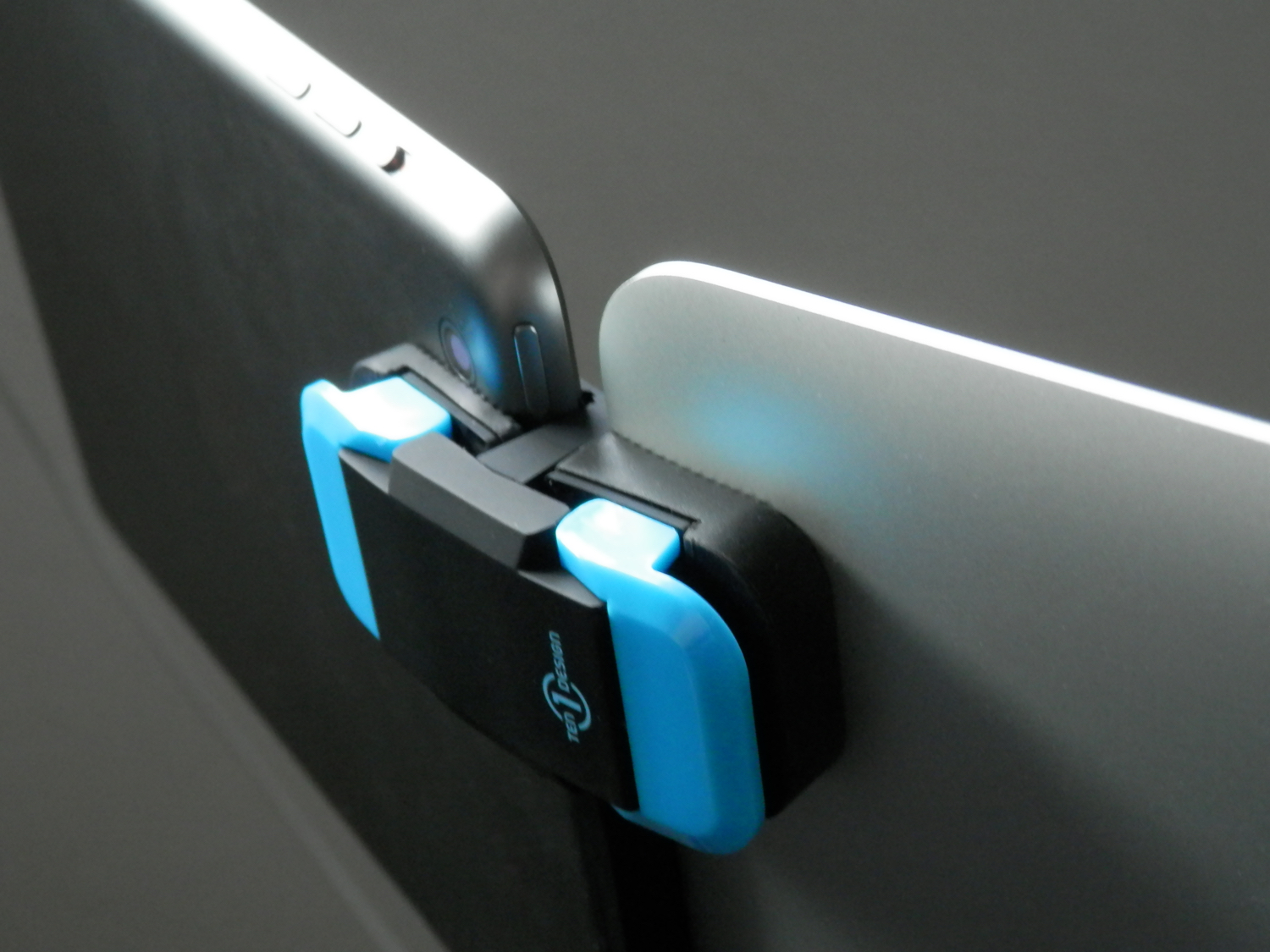 From the front, you will see the isolator, and the leverage “T” peeking out from between the device’s displays: 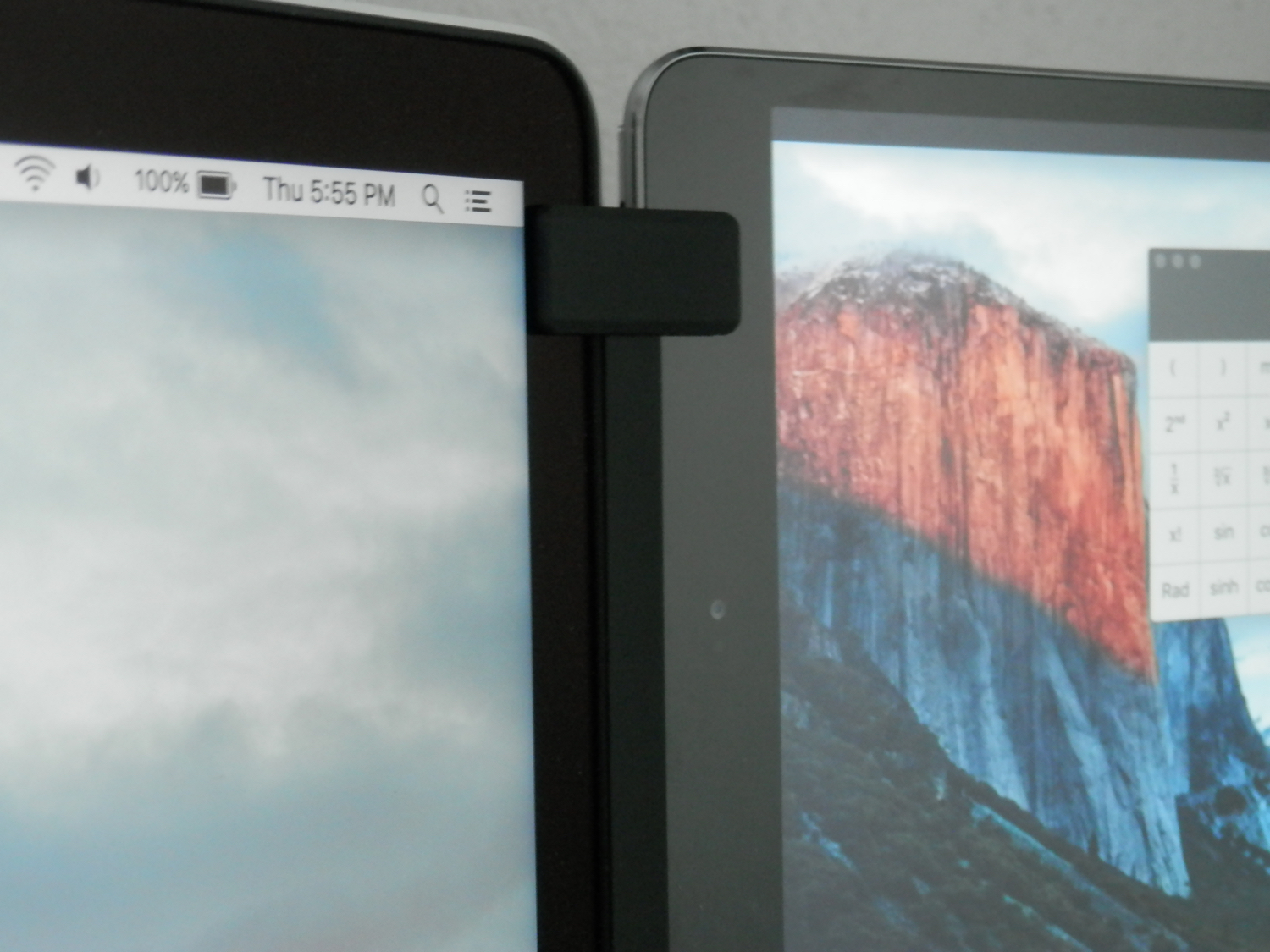 And now, we can run our iPad as a secondary display in a very comfortable viewing position all thanks to a piece of software that we enjoy so much called Duet Display:

Our thoughts on the Mountie

I was immediately impressed with the Mountie; not only when I first learned about it, but also when I received my package in the mail and opened it up for the first time. I could tell it was exactly what I was looking for.

Because I do so much at a single time while I write for iDownloadBlog, the Mountie lets me use my iPad as a secondary display with Duet Display, which is very useful for having another window open for chatting with the team and chatting with other friends and family. It also makes it easier to watch a video and multitask simultaneously, or to read and write at the same time.

The design of Mountie is pretty simple – so simple, in fact, that the creators need not charge a whole lot for it. At just $25, there’s very little negative to say about the Mountie. It’s well-priced and it does a fantastic job keeping your iOS device right next to your notebook’s display.

The one-size-fits-all thing that the Mountie has going on is also alluring. This accessory will work with any brand smartphone, as well as almost any tablet and almost any notebook. In fact, I can’t even think of anything that it won’t work with, right off the bat, except maybe an early fat and bulky Panasonic ToughBook.

Would I recommend the Mountie? I absolutely would! I haven’t been able to stop using it since I took it out of the box. Here is a quick outline of the Mountie’s pros and cons if you were having a TL;DR moment this entire time:

The Mountie is a great solution for anyone looking to run a side-by-side setup between their Mac or PC notebook and their mobile devices. For just $25 on Amazon for either the Blue or Green colors, anyone can afford one of these universally capable mounts.

What are your thoughts on the Mountie? Share in the comments below!