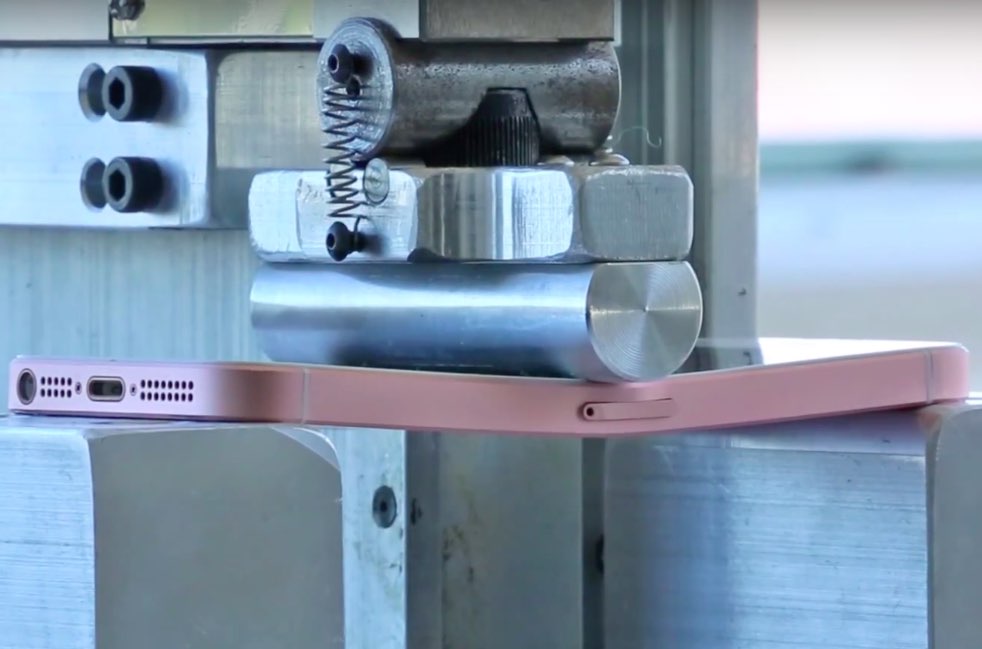 Extended warranty provider SquareTrade has put the new iPhone SE through its paces in terms of durability. After pitting the device against the iPhone 6s and iPhone 6s Plus models in bend, drop and water tests, the firm has found the iPhone SE to be less durable than the iPhone 6s series, made from a strengthened aluminum alloy.

“While it holds its own against the much bigger iPhone 6s Plus, the new iPhone SE still has some growing up to do before it can compete with the durable iPhone 6s,” concluded SquareTrade. A video of the tests shows the four-inch iPhone SE being submerged in water, dropped on its corner and bending under pressure.

All three phones couldn’t survive a facedown drop from six feet high, their screens cracking. This isn’t a scientific test and as such should be taken with a grain of salt. If anything, these kinds of videos prove that the new iPhone SE uses the same material for its chassis as the iPhone 5s.