PCalc, arguably the most powerful App Store calculator for scientists, engineers, students, programmers or anybody looking for a feature rich calculator, has received a fresh new icon and more features as part of today’s update in the App Store.

For starters, the app’s now fully compatible with iOS 9 and watchOS 2. If you own an Apple Watch, you can now quickly access PCalc via a complication.

On the iPad Pro, a new eight-line mode is now available and you now specify certain settings like RPN mode and number of decimal places separately for the app, watch and widget.

The brand new icon for PCalc can be seen top of post.

“I’ve unified the design of all the icons across all the different platforms PCalc runs on,” said Glasgow, Scotland-based PCalc developer James Thomson. “The old icons were getting a bit tired and didn’t fit in as well with the OS, especially on the Mac, and these are modern and easily recognizable.” 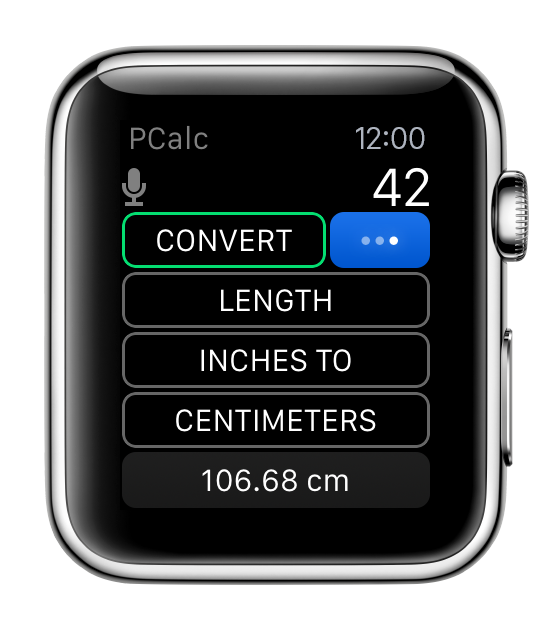 You also get the ability to specify E notation for the main display rather than using superscript numbers and the refreshed app makes the behavior of the delete key more sensible when you are dealing with decimals and exponents.

Those who own an iPhone 6s will be delighted to learn that not only does PCalc support 3D Touch icon shortcuts for quick access to its functionality, but also lets you configure the shortcuts to your liking using the in-app settings interface.

Here’s the full list of fixes, refinements and new features in PCals 3.5.3:

This update is provided at no charge to existing users of the app.

PCalc is English-only and requires an iPhone, iPod touch or iPad with iOS 7.0 or later. The watch edition, which lets you run calculations on your wrist, requires an Apple Watch with watchOS 2 or later.

To use PCalc on your Apple TV, search for ‘PCalc’ in the tvOS App Store.