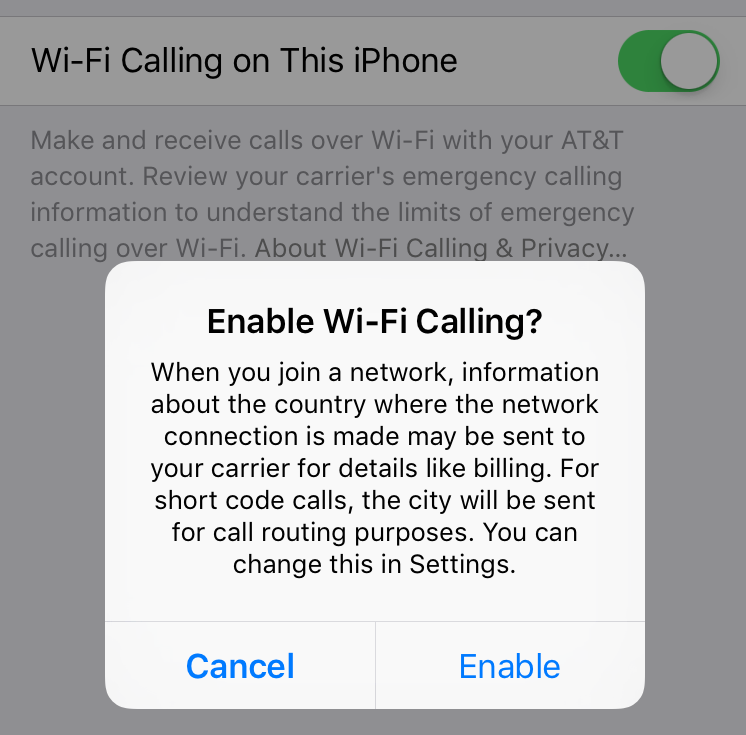 In a text message sent today to its eligible customers, AT&T announced that those who have activated the Wi-Fi Calling feature on their iPhone can now make and receive phone calls from and to the US at no charge when traveling internationally, assuming they have first updated to iOS 9.3 and installed the newly available carrier update.

This marks a small yet important change to how users can benefit from Wi-Fi Calling. Up until now, Wi-Fi calling for AT&T customers restricted them to using the service only from the U.S., Puerto Rico, or U.S. Virgin Islands. But now, it is opened to any country (except for a few exceptions), meaning an AT&T Wi-Fi Calling user can make calls to the US, or receive calls from the US anywhere in the world as long as there is a Wi-Fi connection.

The message I personally received mentioned:

With the latest software update for your phone you can use Wi-Fi Calling when traveling outside the U.S.  This means you can call back to the U.S. or receive incoming calls, with no airtime charges.  When you call international numbers, your rates will be the same as those in your smartphone plan or your international package. For details visit att.com/wificalling

It’s important to highlight that this feature can only work for calls and text messages sent or received from/to the US. Making a Wi-Fi call to an international phone number will still be charged extra.

It is just as important to note that in order to take advantage of this new international feature, users must be using iOS 9.3, and must also download the carrier update that should pop up after updating to the latest version of iOS.