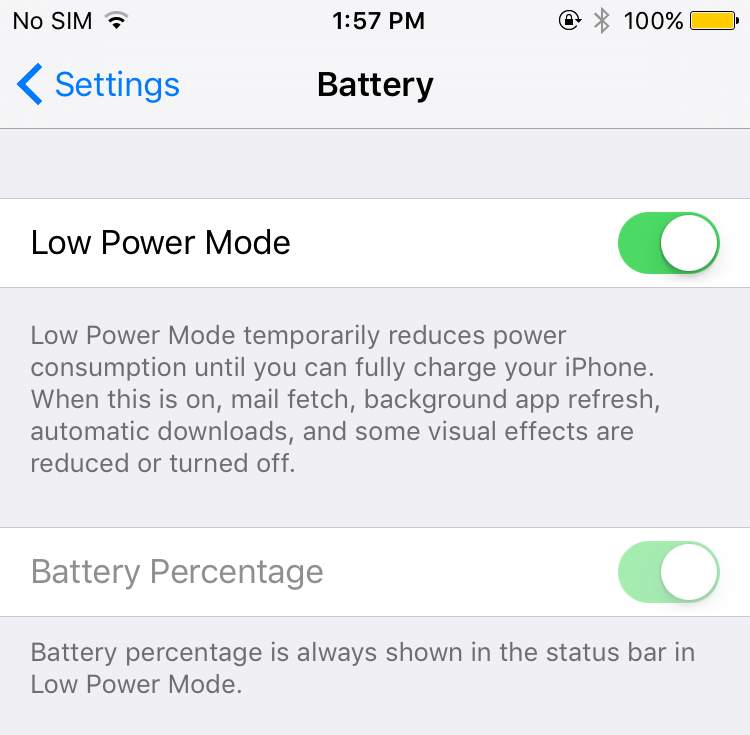 Low Power Mode is a feature Apple built into iOS 9 to help you conserve power when your battery level gets too low. But what if we told you that’s not the only way it could benefit you?

A new jailbreak tweak called Wolfram, which can be had free of cost from Cydia today, aims to use Low Power Mode for an entirely different purpose – making charging your device a little bit quicker.

Wolfram is a jailbreak tweak that toggles Low Power Mode on whenever you plug your iOS device into a power source.

Sounds a little goofy, huh? Actually, it seems pointless, right? After all, why conserve your battery life if you’re connected to a power source? Well, think about this for a moment…

The idea behind the tweak is to reduce your iOS device’s demands on the system’s hardware while it’s charging. This means that your charging source won’t have to displace as much power as it would if the device were operating under normal conditions and using more of its power in the background.

By limiting some of these power-intensive features, which can be quite frequent at times, your device will be doing less in the background while it is charging, and the theory is that your device will charge up faster because it will be using less power while it tries to collect more.

Wolfram adds a preferences pane to the Settings app that lets you enable or disable the tweak on demand, as well as select whether or not Low Power Mode is disabled when your officially reach 100% battery charge level. 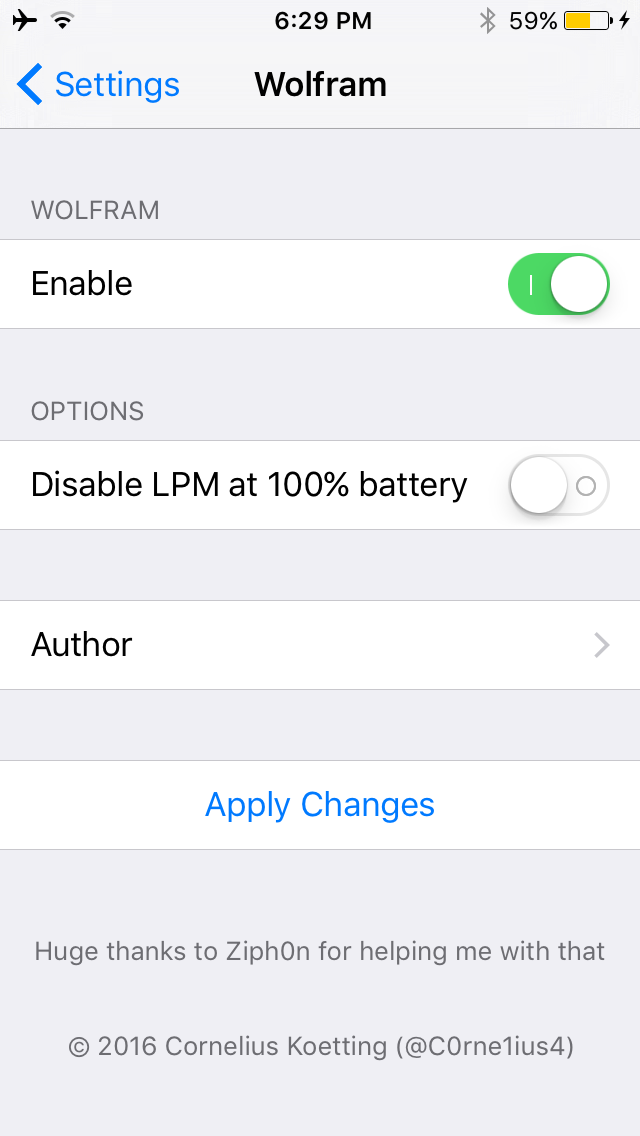 The blue Apply Changes button is included in the preferences pane so you can save your changes every time you make changes to the options. This will respring your device – just a heads up.

Does it really work? – My opinion

On any regular day, during the time that your iOS device tries to charge up from 5%-100%, it might use approximately 1-2% of that power to perform its processes during the hours of charging up.

Looking at how much an iPhone might do in the background, those with more backgounding options enabled on their devices are going to benefit most from this tweak. Those that are already battery freaks and have disabled everything to prevent loss of battery life on a day-to-day basis are going to see very little improvement with this tweak because Low Power Mode is only going to impact the things you’ve already turned off to save power.

Wolfram is a pretty interesting idea, and there is some truth behind what it says, but there are definitely no laboratory tests to show just how much faster charging is going to be with the tweak installed. If you’re interested in giving this jailbreak tweak a try, you can grab it for free from Cydia’s BigBoss repository.

Did Wolfram make a big difference in your iPhone’s charging speed? Share in the comments.