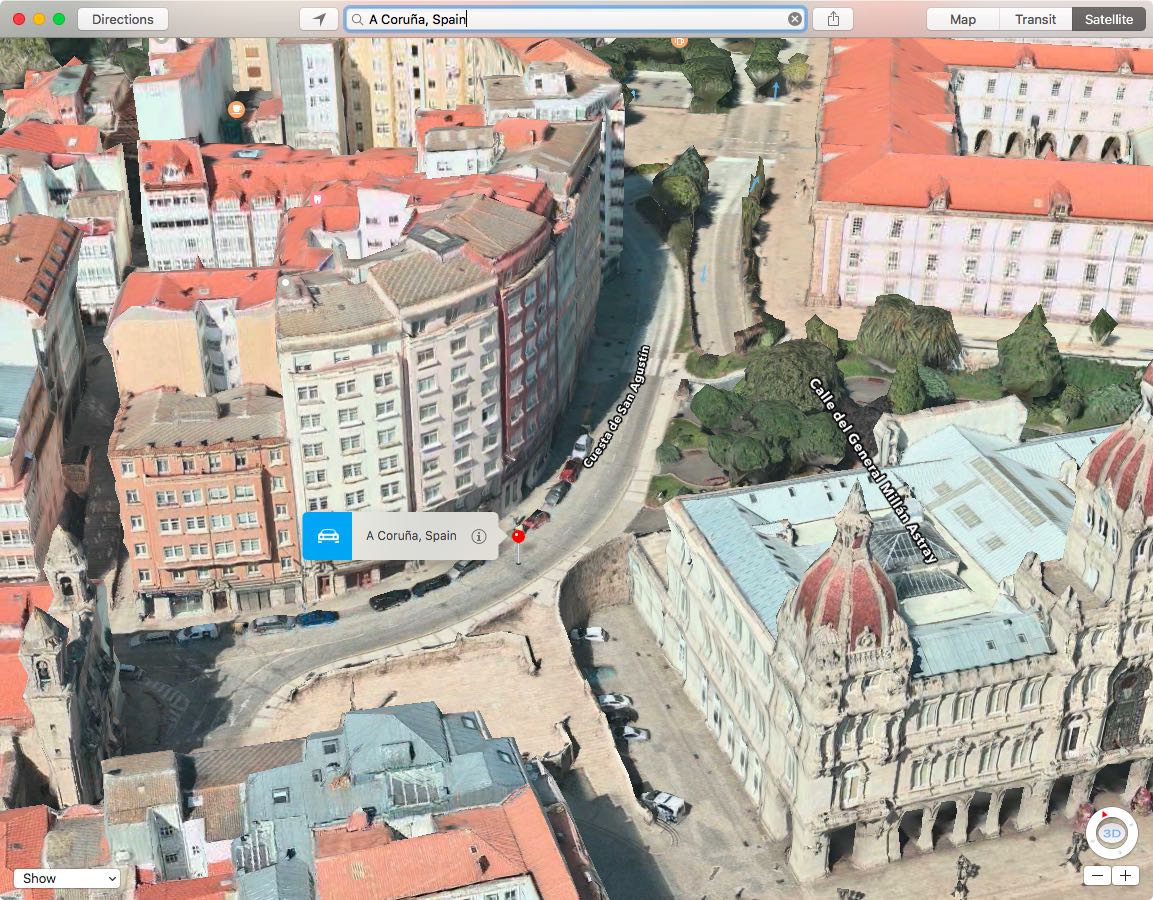 Apple continues to expand availability of the Flyover feature in its mapping service with today’s backend update having enabled a total of 23 new landmark locations all over the world where three-dimensional Flyover view is available.

The full list of 23 new cities where Flyover is available is as follows:

The full list of cities where Apple Maps, Flyover and other iOS features are available can be found on Apple’s iOS Feature Availability webpage.

RELATED: Get where you’re going with fewer steps with 3D Touch in Apple Maps

Apple recently activated live Traffic data for Taiwan and added Finland to the list of countries that support iOS 9’s Nearby feature. In addition, the company is opening a development office in India’s Hyderabad to support Maps development.

Image: A Coruña in Spain, as seen in Apple Maps Flyover view.