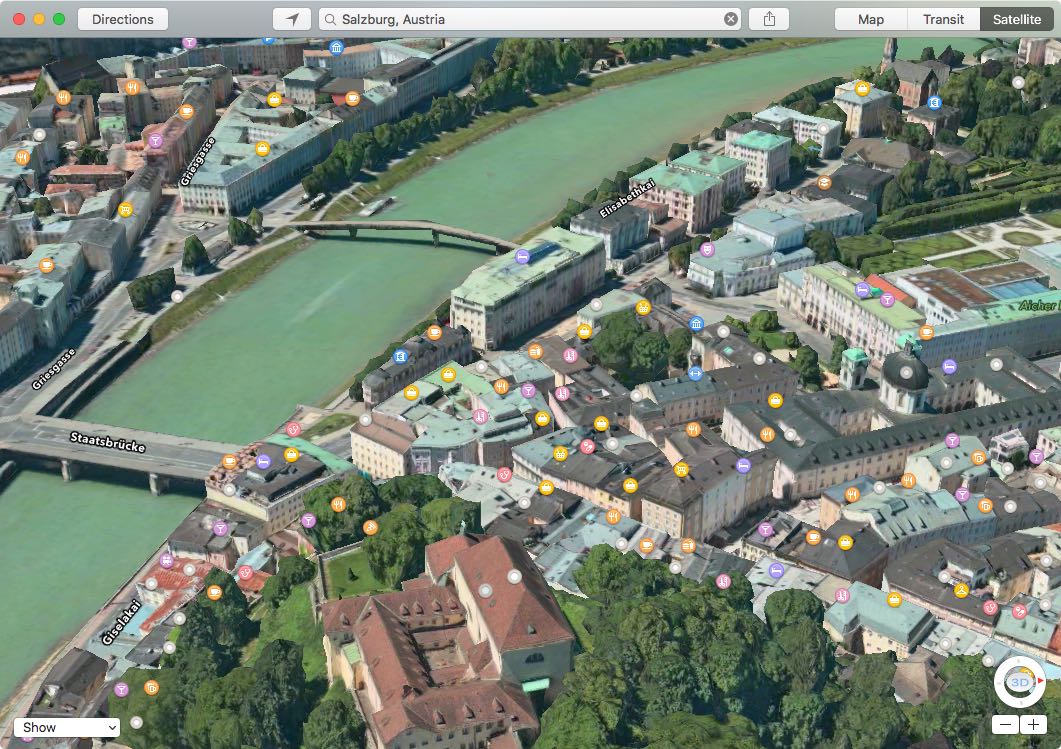 Apple has updated its Maps backend with nearly two-dozen new cities now supporting the Flyover feature. In addition, the company has activated live Traffic data for Taiwan and added Finland to the list of countries that support iOS 9’s Nearby feature. Three-dimensional Flyover data has been added to five new cities in the United States, with additional Flyover views now available in various cities across Europe, Africa and Japan.

The full list of 20 new cities where Flyover is available is as follows:

To explore those locations in high-resolution Flyover mode, switch to Satellite view and type in a location name into Maps’ search filed on your iPhone, iPod touch, iPad or Mac. Zoom all the way in until three-dimensional objects become visible.

If the changes haven’t propagated yet and you don’t see Flyover modes for the newly added cities, try a few hours later. The full list of cities and countries where Apple Maps is supported can be found on Apple’s iOS Feature Availability webpage.

Including today’s additions, Flyover is available in a total of 240 cities.