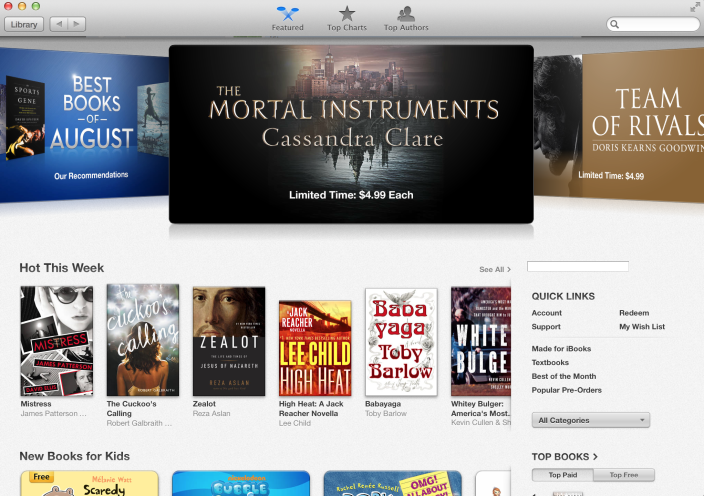 Apple’s legal battle with the United States government over alleged price fixing in an e-book antitrust case has now come to an end after nearly three years.

As the United States Supreme Court has declined to hear Apple’s appeal, the iPhone maker will have to pay a $450 million fine to settle its long-standing federal court case with class action lawyers and state district attorneys.

Bloomberg reported Monday that the justices turned away Apple’s appeal without comment. Apple has been found to have conspired with major book publishers and orchestrated a scheme to raise prices of electronic books on the iBooks Store.

“The rebuff means Apple must comply with a settlement it reached with the states in 2014,” reads the article. “The accord calls for Apple to pay $400 million to e-book consumers, $20 million to the states, and $30 million in legal fees.”

“Apple’s liability for knowingly conspiring with book publishers to raise the prices of e-books is settled once and for all,” said Assistant Attorney General Bill Baer, who runs the department’s antitrust division.

Apple in its appeal argued that “output increased and overall prices decreased” after it entered the electronic book market with the introduction of the iPad and the iBooks Store back in 2010.

“A major new retailer began to compete in a market formerly dominated by a single firm,” Apple wrote, referring to Amazon. However, U.S. District Judge Denise Cote said that a shift to a system under which publishers rather than the retailers set book prices has led to a 40 percent pice hike of best-selling electronic books on Apple’s store.

Affected consumers will get credits toward future e-book purchases.