It’s possible to force your Mac to say anything you want with a simple command line from the Termimal app. Not only does this allow for some good old-fashioned fun, but it can even come in handy depending on the situation.

In this short tutorial, we’ll be showing you how to make your Mac speak whatever you want it to with the Terminal app that comes preinstalled on every installation of macOS.

Making your Mac speak with the Terminal app

This is really just a novelty feature, but we still think it’s a fun one. If you’re a DJ trying to entertain guests at a party, it could be a humorous way to start off the party, or to make announcements during a song.

Moreover, having your Mac say things might be a simple way for you to learn the pronunciation of something, or to simply entertain yourself and your friends.

Whatever the reason, we’ll be showing you in this tutorial how you can make your Mac speak via the Terminal app with a very simple command.

Choosing the voice you want

macOS comes with a number of voices preinstalled in the operating system. By default, all speech comes out with the “Alex” voice. To choose the voice you want to use, you’ll follow these steps:

3) Click on the System Voice drop-down box to reveal all your voice options. 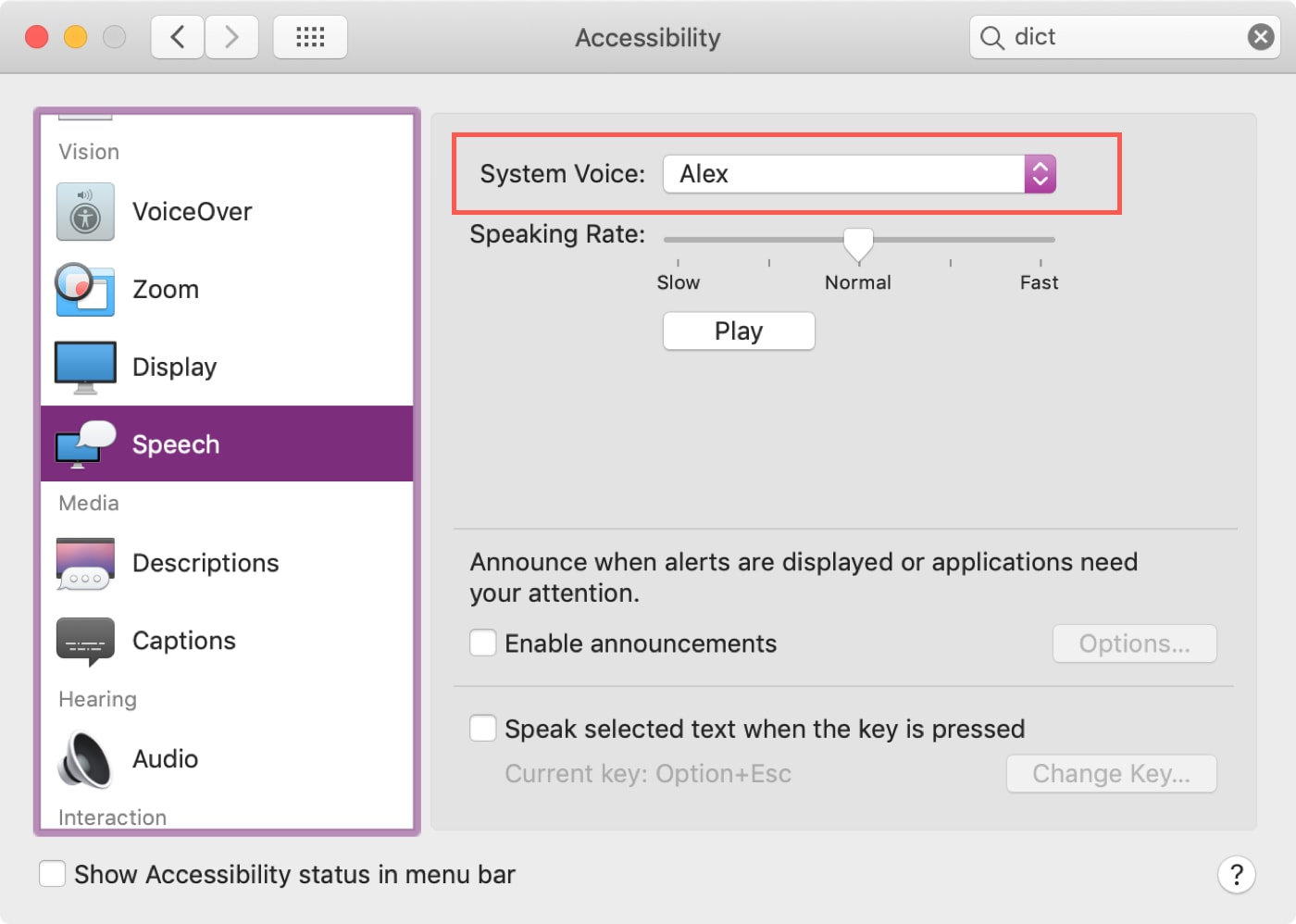 4) Select a voice from the menu that appears. 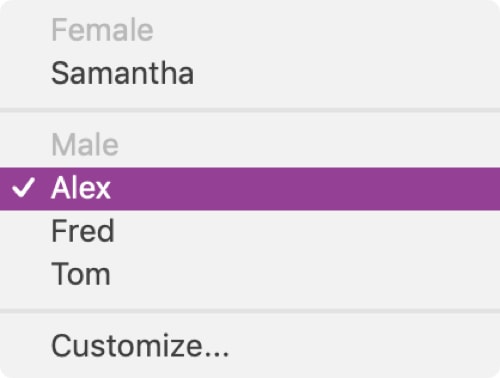 Command your Mac to say something with Terminal

Now that you have picked the voice you want to use for when your Mac says what you command it to say, you can get to performing the command. Go ahead and launch the Terminal app on your Mac and enter the following command and then press the Return key on your keyboard:

say “Anything in these quotation marks will be said by me, your Mac. Go ahead; try it.”

The result should have been your Mac saying: “Anything in these quotation marks will be said by me, your Mac. Go ahead; try it” with the voice that you selected earlier in this tutorial. If you didn’t hear anything, check to make sure your volume is up and that the command was entered correctly.

You can change the text in the quotation marks to anything you want and your Mac will do its best to say everything correctly. For example, the following command will make your Mac say “Hi iDownloadBlog!”

As you should expect, voice software is never perfect and will almost always have some kind of trouble pronouncing some things.

Making your Mac say anything you want can be a humorous way to not only entertain yourself, but also to entertain kids or an audience. No special software is required, and everything is done simply by way of an incredibly easy Terminal command.

Also read: How to stress test your Mac with Terminal

What kinds of funny things will you have your Mac say out loud? Share below or let us know on Twitter!