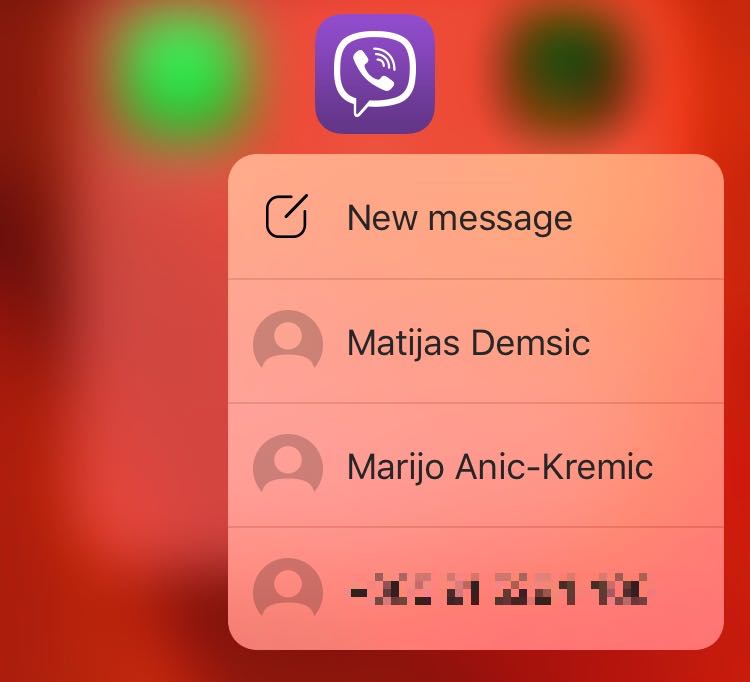 Viber, the popular instant messaging application, has received an update in the App Store. Bumped to version 5.8, the app now works side-by-side with other apps in iOS 9’s new Split View and Slide Over multitasking on the iPad Pro.

On the iPhone 6s and iPhone 6s Plus, your most recent chats are now available right from the app’s 3D Touch shortcut menu on the Home screen.

This edition of Viber also packs in some other improvements related to ‘read’ and ‘liked’ icons in group chats and an all-new media browser for chats.

Get to your chats from the Home screen

Press Viber’s icon on the Home screen on the iPhone 6s or iPhone 6s Plus and up pops a 3D Touch shortcut menu where you can quickly access your three most recent chats, in addition to the New Message shortcut which was available before.

Aside from 3D Touch improvements, you should notice that the built-in search feature has been improved as well. More important than that, Viber now lets you see which contacts have read and liked any message in a group chat, and there’s a new Conversation Gallery feature for browsing all media from a chat in one central place.

Here are all the improvements and refinements in this edition of Viber:

Viber requires an iPhone, iPod touch or iPad with iOS 7.0 or later.

Viber is available for free in the App Store.