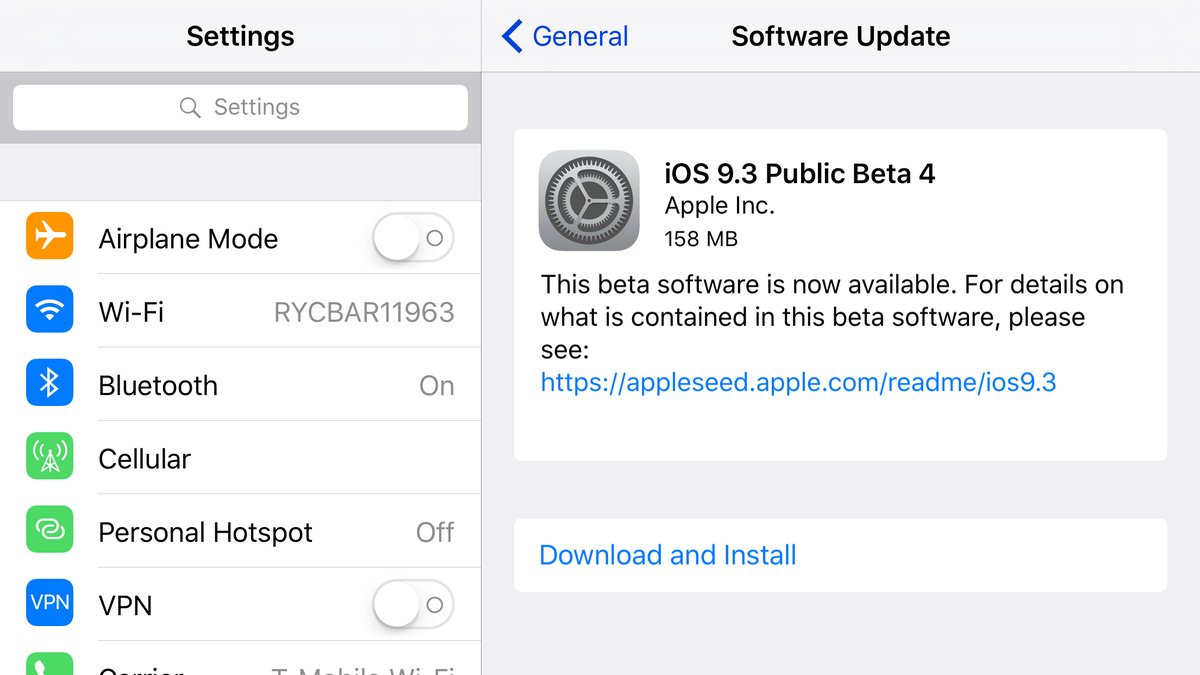 A day after it has released a fourth beta of iOS 9.3 and a fourth beta of OS X 10.11.4 to its registered developers, Apple today has made both software updates available to users who are signed up for the Apple Beta Software Program.

Public beta builds of both iOS 9.3 beta 4 and OS X 10.11.4 beta 4 can be downloaded directly on devices that are enrolled in Apple’s beta program through the Software Update mechanism.

iOS 9.3 is going to be a significant update with several user-facing new features and improvements including Night Shift mode, password-protected Notes, new 3D Touch actions and much more.

As for the latest El Capitan beta, it will bring out a few new features such as support for Verizon Wi-Fi Calling, Live Photos, password-protected Notes and an updated Messages app, among other refinements.

It appears that it’s going to fix the frustrating Twitter link bug in Safari, too.

Apple also released watchOS 2.2 beta 4 and tvOS 9.3 beta 4 yesterday, the former including a much improved Maps app and the ability to pair multiple watches to a single iPhone via the companion app.