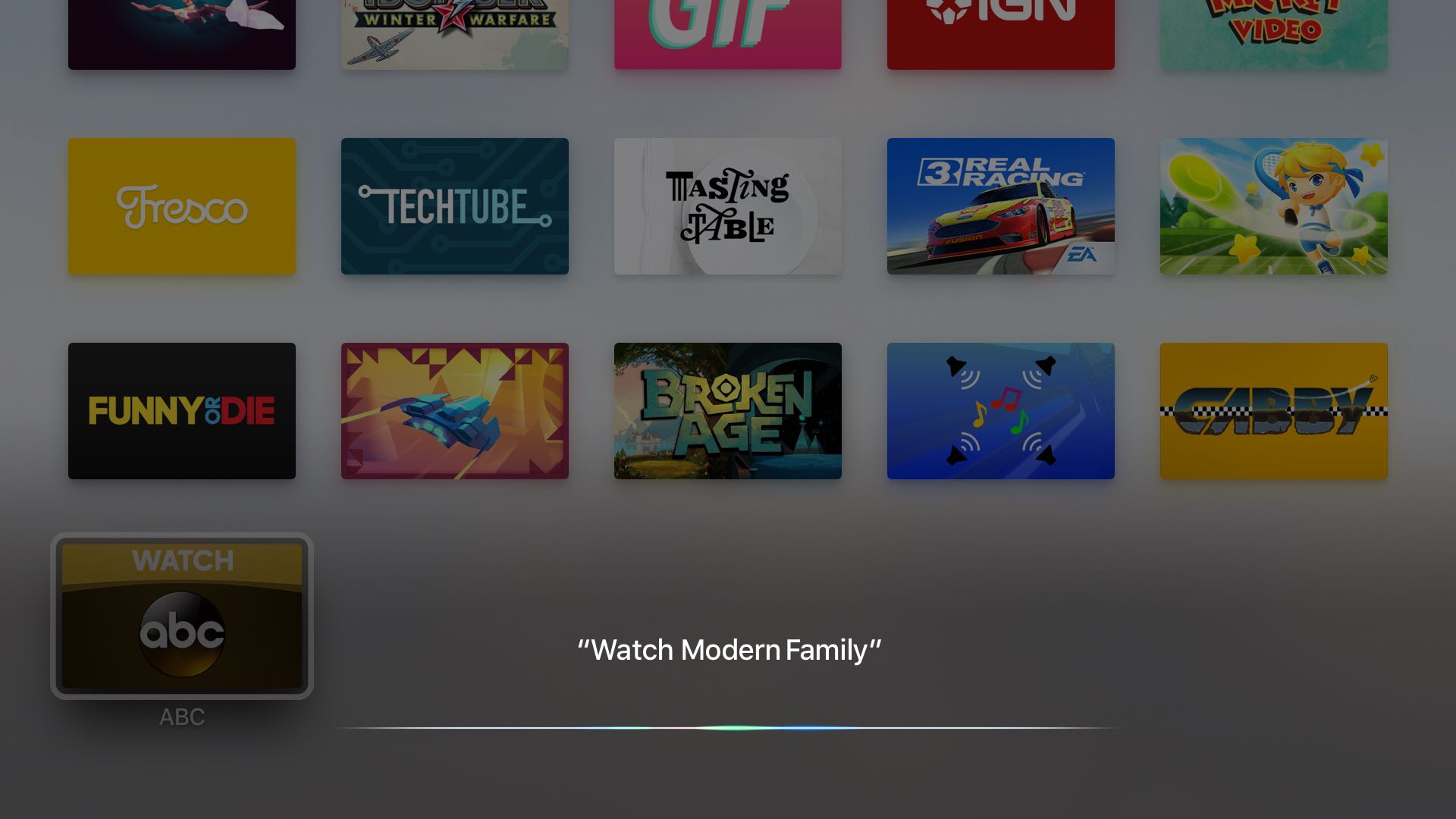 Users who have one of these channel apps installed on their device can now take advantage of Siri and tvOS’s universal search to have shows like “Modern Family” surfaced in their search results.

Although the new Apple TV launched with a limited selection of content sources supported by the universal search feature (iTunes, HBO NOW, Netflix and Hulu), Apple has been steadily expanding the feature’s scope by adding new content sources, with many more to come later this year.

After pressing the Siri button on your Siri Remote, tell your Apple TV that you’d like to watch a show like “Modern Family” and ABC, if installed, will appear as one of the content sources in your search results. To look for content in one app at a time, just open the app and use its own search function. 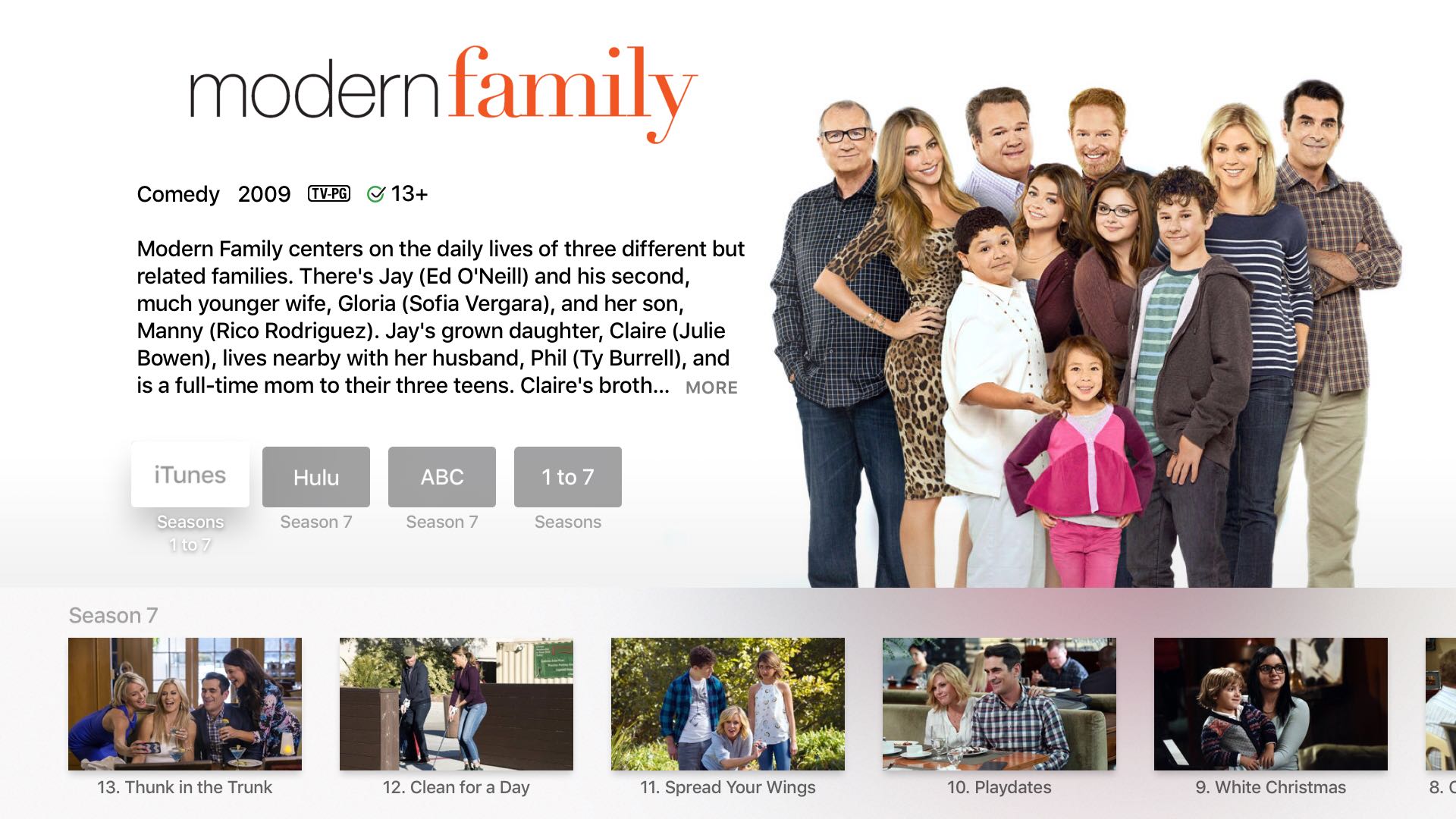 This is just the latest in a series of subtle yet important improvements that have managed to fix some of the annoying omissions following the new Apple TV’s October 2015 debut.

Yesterday evening, the tvOS App Store has gained a new ‘Not on this Apple TV’ listing in the Purchased section, for example, making it easier to spot previously purchased iPhone and iPad apps that have since been updated to support Apple’s new box. 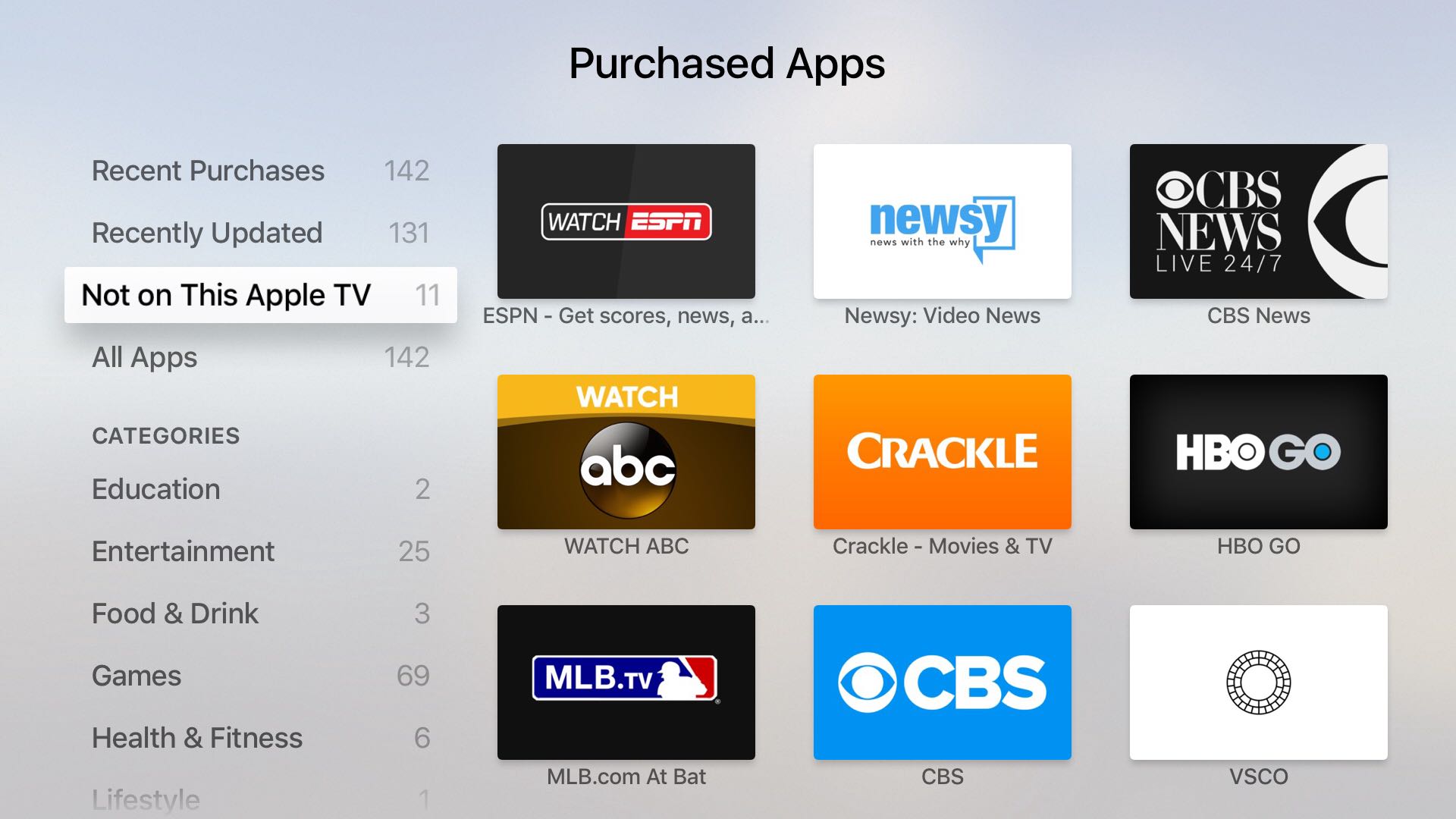 Next, Apple now allows developers to upload video previews alongside screenshots to the tvOS App Store.The forthcoming tvOS 9.2 software update for the Apple TV will enable Siri to search apps on the tvOS App Store. Users will also be able to organize their Home screen with app folders, use dictation to enter text faster in any text field, connect a Bluetooth keyboard to the set-top box and more.

Last but not least, Apple is currently working on a brand new Remote app designed specifically for the new Apple TV, which will support Siri input and simulate the full range of gestures provided by the Touch surface. The company has confirmed that the new app will even work in tilt-based controls in games, leveraging an iOS device’s multi-touch screen and built-in mic, accelerometer and gyroscope sensors.