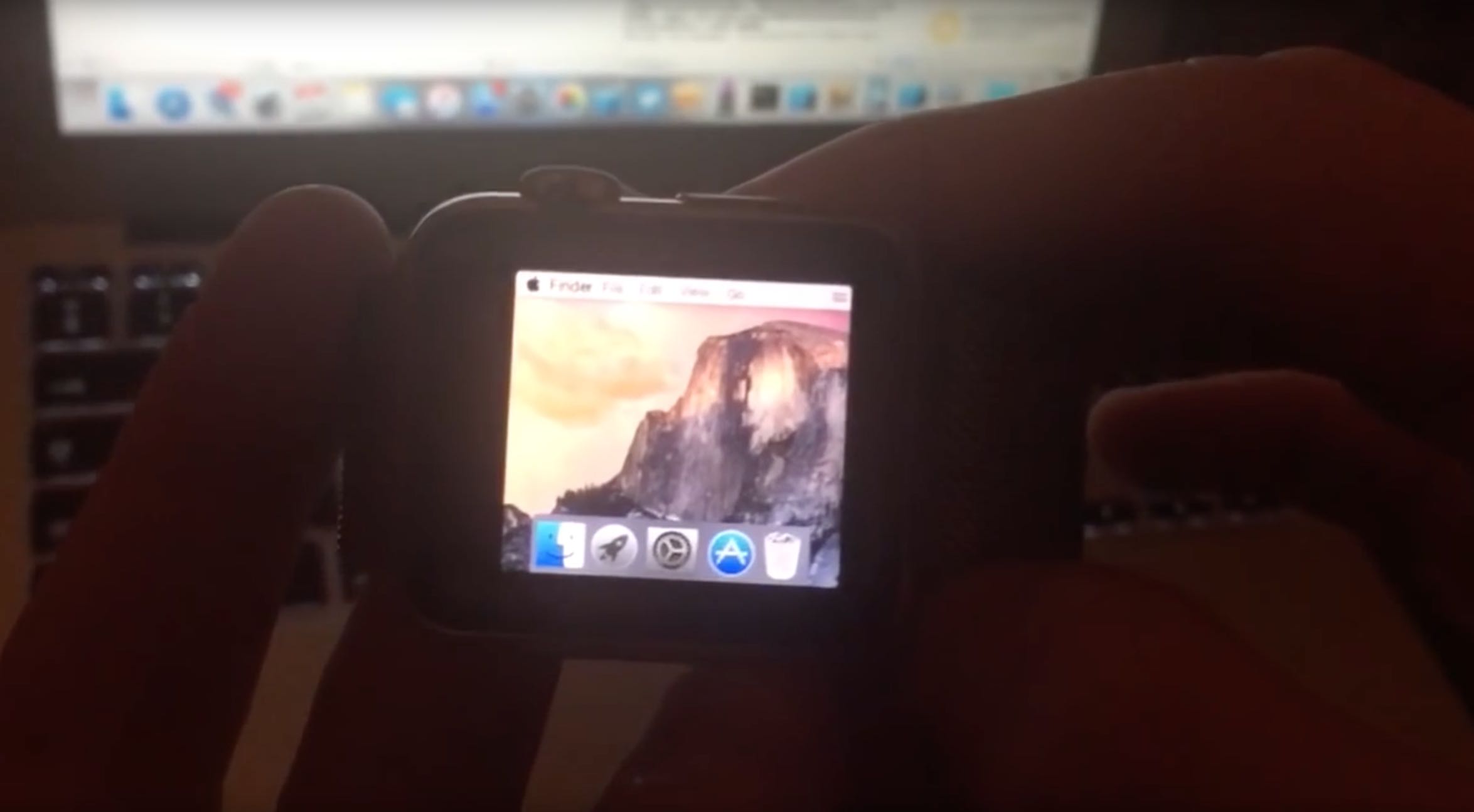 Billy Ellis, a 15-year-old developer, has created a fun Apple Watch app that simulates OS X Yosemite’s Finder on your wrist. The proof-of-concept software serves to demonstrate what can be achieved on the Apple Watch with a little bit of imagination and some superb coding skills. “Haven’t had the time to make everything fully functional just yet,” said Ellis. “Hopefully I’ll add some more to it later this week.”

The Yosemite Simulator for Apple Watch, as Ellis calls it, is an app that runs directly on the Apple Watch. It shows the Mac’s standard desktop on the watch’s tiny screen along with the familiar icons for the Finder, Launchpad, Settings, the App Store and Trash.

Here’s a quick video demonstration of the app.

“The reason why I create these apps is really just to show people how certain things could look/work on such a small device,” Ellis told Cult of Mac.

“So they are really just fun concepts that allow people to see how the Apple Watch could have been if Apple had decided to do things differently. Also, a lot of people seem to just love seeing unique apps and ideas that you wouldn’t find on the App Store.”

Again, these are merely fun projects rather than full-blown apps that will serve any practical applications, but we thought they were worth sharing.

What are your thoughts about Ellis and his apps?