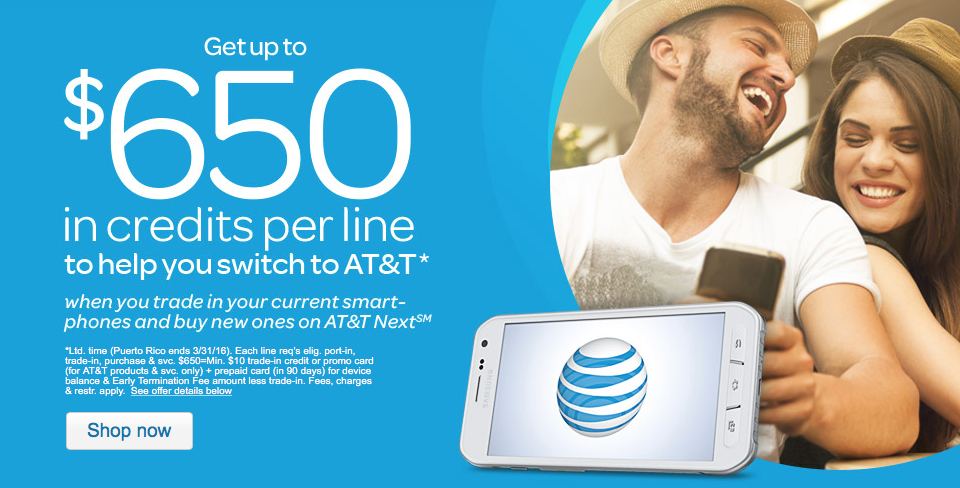 The United States wireless carrier AT&T on Monday launched a new promotion that entices people with up to $650 in credit per line to leave their carrier and switch over to the AT&T service.

You will have to trade in your existing smartphone and port your number over from Verizon, Sprint or T-Mobile in order to be eligible for this promotion.

After sending in the final wireless bill from your old carrier, you will then purchase a new phone from AT&T Next and receive a Visa prepaid card with up to $650.

The Visa card is in the amount of the early termination fee or device balance owed on your final bill minus your trade-in value, up to $650 per line.

To learn more about this offer, visit att.com/switch.

New and existing AT&T customers who have or add for DIRECTV or AT&T U-verse TV service can get the carrier’s new plan that includes unlimited data, talk and text for $100 per month per line, with a $40 per month fee for each additional device. A fourth smartphone can be added for free after bill credits.

Anyone switching to AT&T?