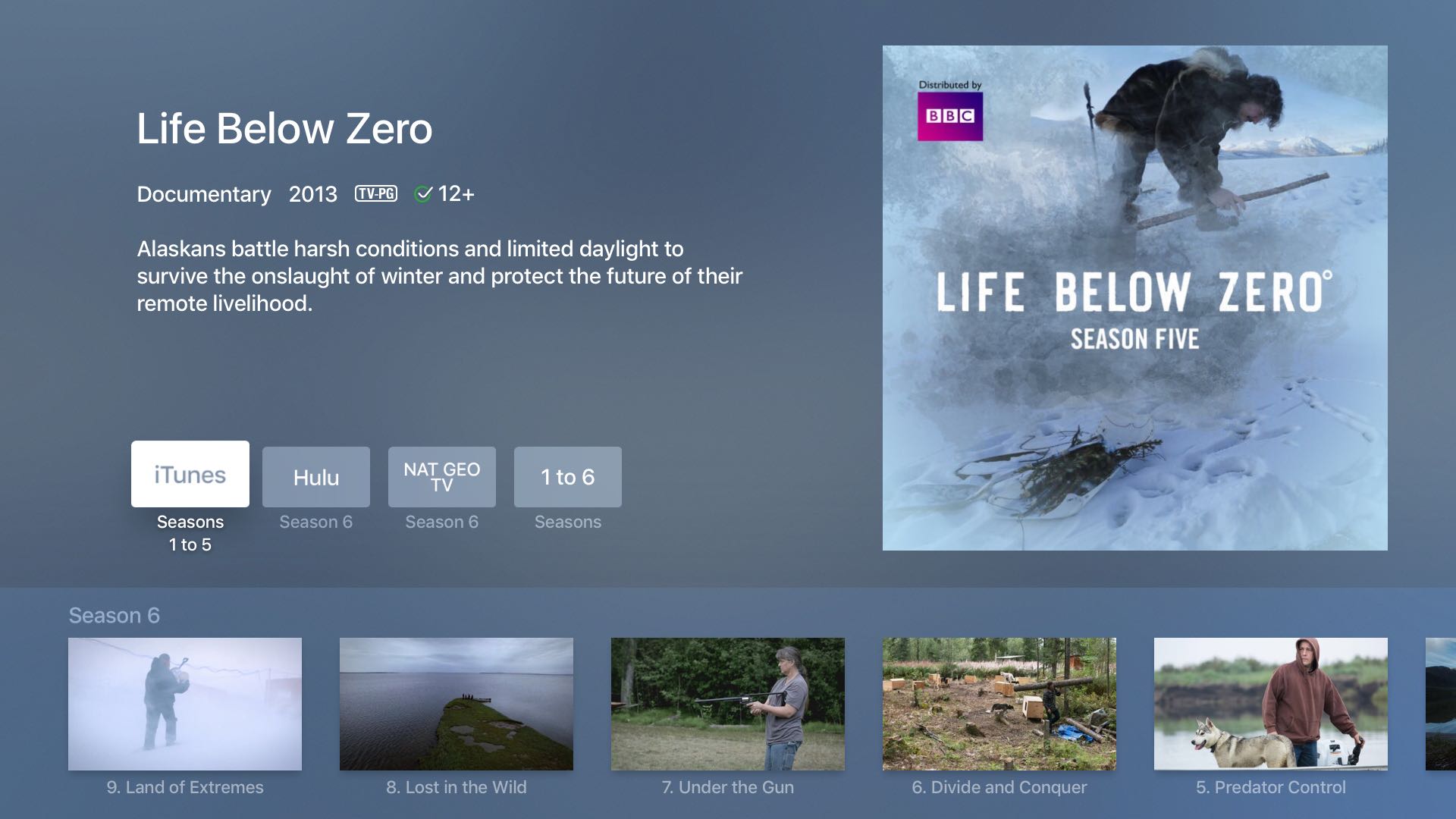 According to an Apple support document which was updated yesterday, the universal search feature on the fourth-generation Apple TV will now surface video content provided by FOX NOW, FXNOW and Nat Geo TV channels.

Users who install these apps on their set-top box can press the Siri Remote’s microphone button and say things such as “Watch Life Below Zero” and land on the page that now includes that show by the National Geographic channel, in addition to other content sources.

Content from the following providers is currently available with Siri or the Search app on the fourth-generation Apple TV:

Apple CEO Tim Cook said his company will open up tvOS’s universal search APIs to third-party developers so more apps will be permitted to make their content discoverable and searchable through the Apple TV’s universal search feature.