If you want to watch live TV on your Apple TV with an HDHomeRun, you can go the free route by using Kodi, but Channels is by far the best live TV watching experience to be had on Apple TV. Not only does Fancy Bits’ Channels app allow you to watch live TV, but you can also pause and rewind local or cable TV directly from your Apple TV when paired together with an HDHomeRun.

If you’re unsure what an HDHomeRun is, or how it can help you, then be sure to check out our post on the device. In a nutshell, the HDHomeRun allows you to stream free (or paid) television over your home network. The Channels app can then acquire the stream made available by the HDHomeRun, and display it on your television.

At $14.99 for a limited time (normally $24.99), Channels isn’t cheap, but it’s a great-looking and overall solid experience for cord cutters. Have a look at our full video walkthrough for more details.

Here’s everything that Channels can do for you: 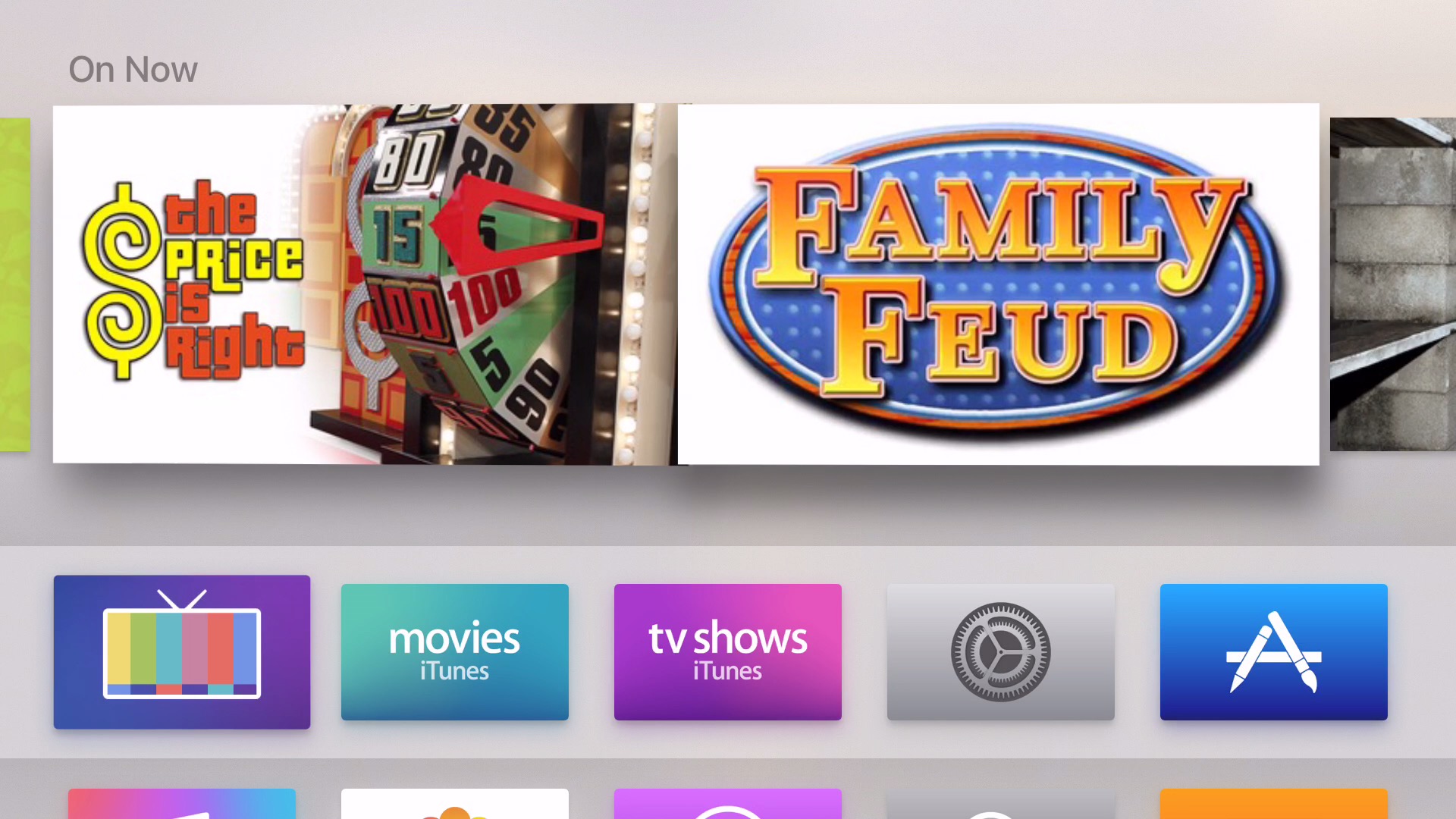 One of the best things about Channels is its ability to pause, rewind, and fast-forward live TV. These features were provided as a part of the recent version 1.4 update, and thanks to the Apple TV’s on board storage, Channels can provide about 30 minutes of buffer time for scrubbing through a live TV show. 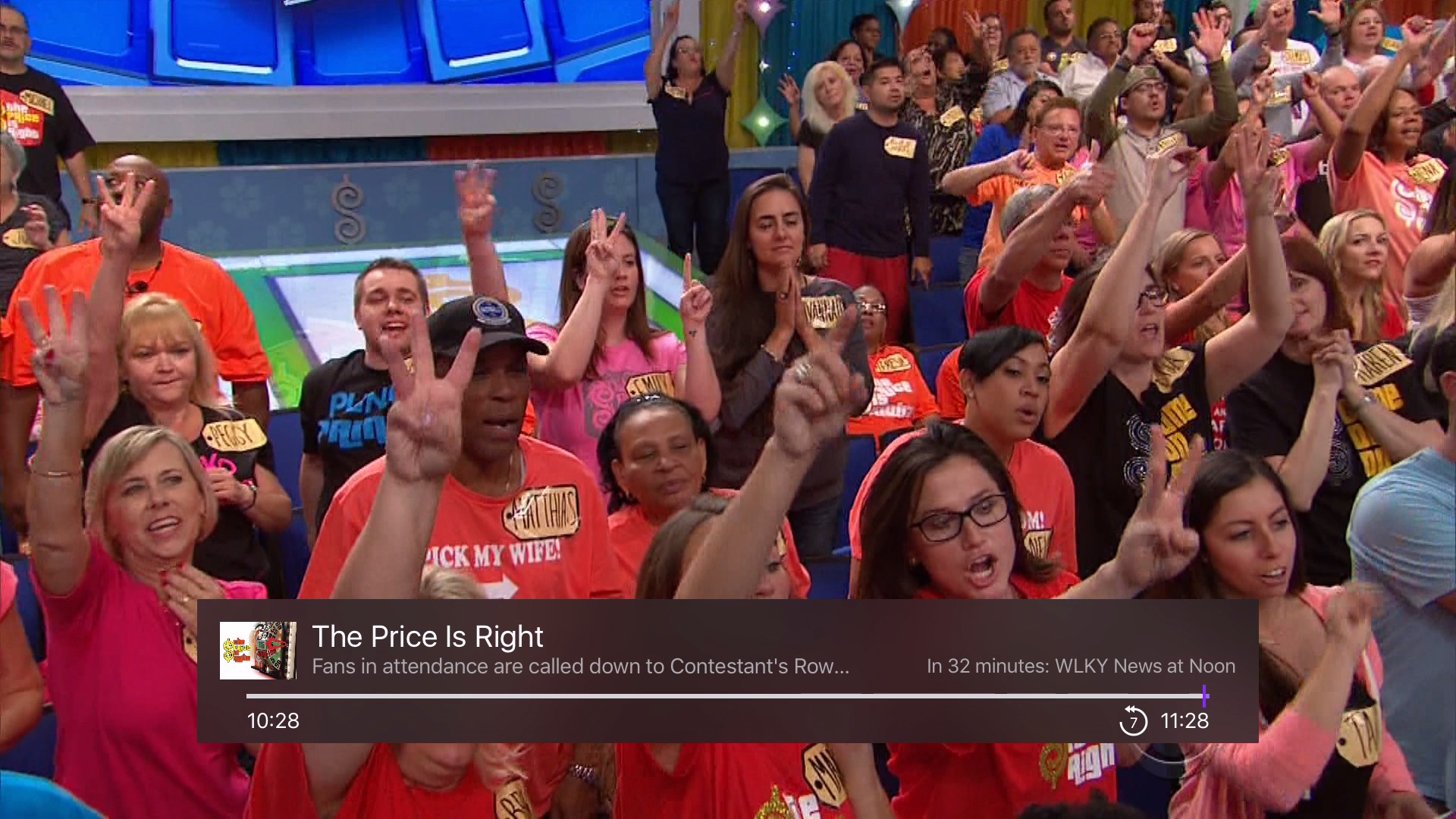 Another feature that makes Channels superior to any other live TV streaming solution is the interface. The interface is beautiful, minimalistic, and laid out in a logical manner. Channels features icons denoting what’s currently on the air, and what’s scheduled to air next. You can also view a programing guide that showcases all of the now-playing content on favorite channels directly from the Apple TV’s top shelf interface.

Channels has a few nifty tricks up its sleeve, such as the ability to quickly switch between two channels, and pull down an interface that displays info for other in-progress content. The EPG, or electronic programing guide, is accurate, and even includes “box art” for in-progress and upcoming shows. There’s no way to view a full list of the day’s scheduled content, but since there’s no DVR functionality built in, I’m not sure how much value having such a feature would add. 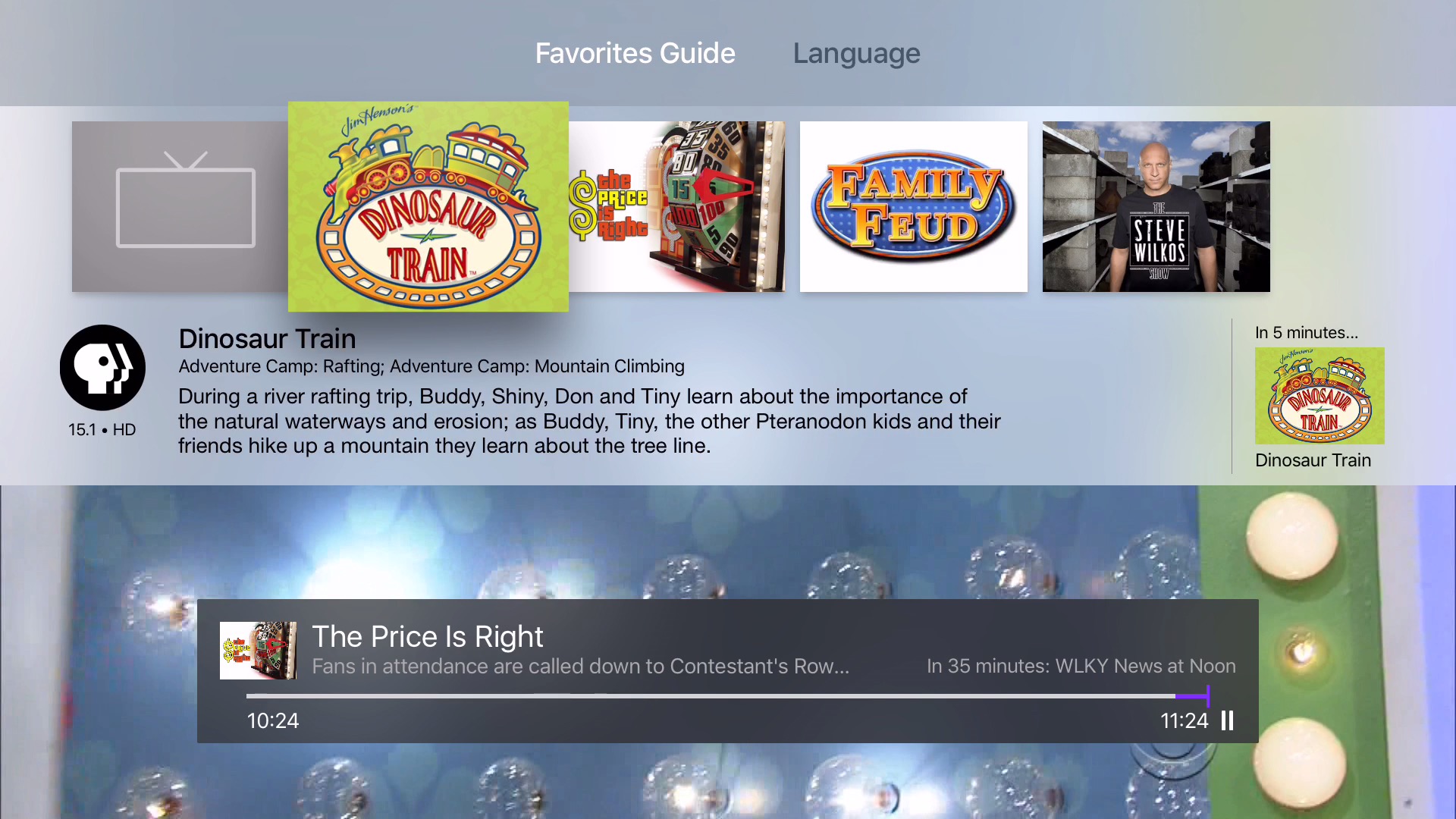 The best thing that Channels has going for it is its easy setup. If you already have an HDHomeRun connected to your home network, it’s literally just a matter of installing the app from the Apple TV App Store to get going.

Sadly, Channels doesn’t feature an iOS app, which means that you can’t take the experience on the go with your iPhone or iPad. Here’s hoping that the folks over at Fancy Bits get enough support to warrant releasing an iOS version of the app with universal support in tow.

$14.99 is certainly higher than most Apple TV apps, but it’s a no brainer for HDHomeRun owners. True, Channels doesn’t feature the ability to save content to your Apple TV in true DVR-like fashion, but you’d be hard-pressed to find a better HDHomeRun streaming solution for Apple’s new set top box.