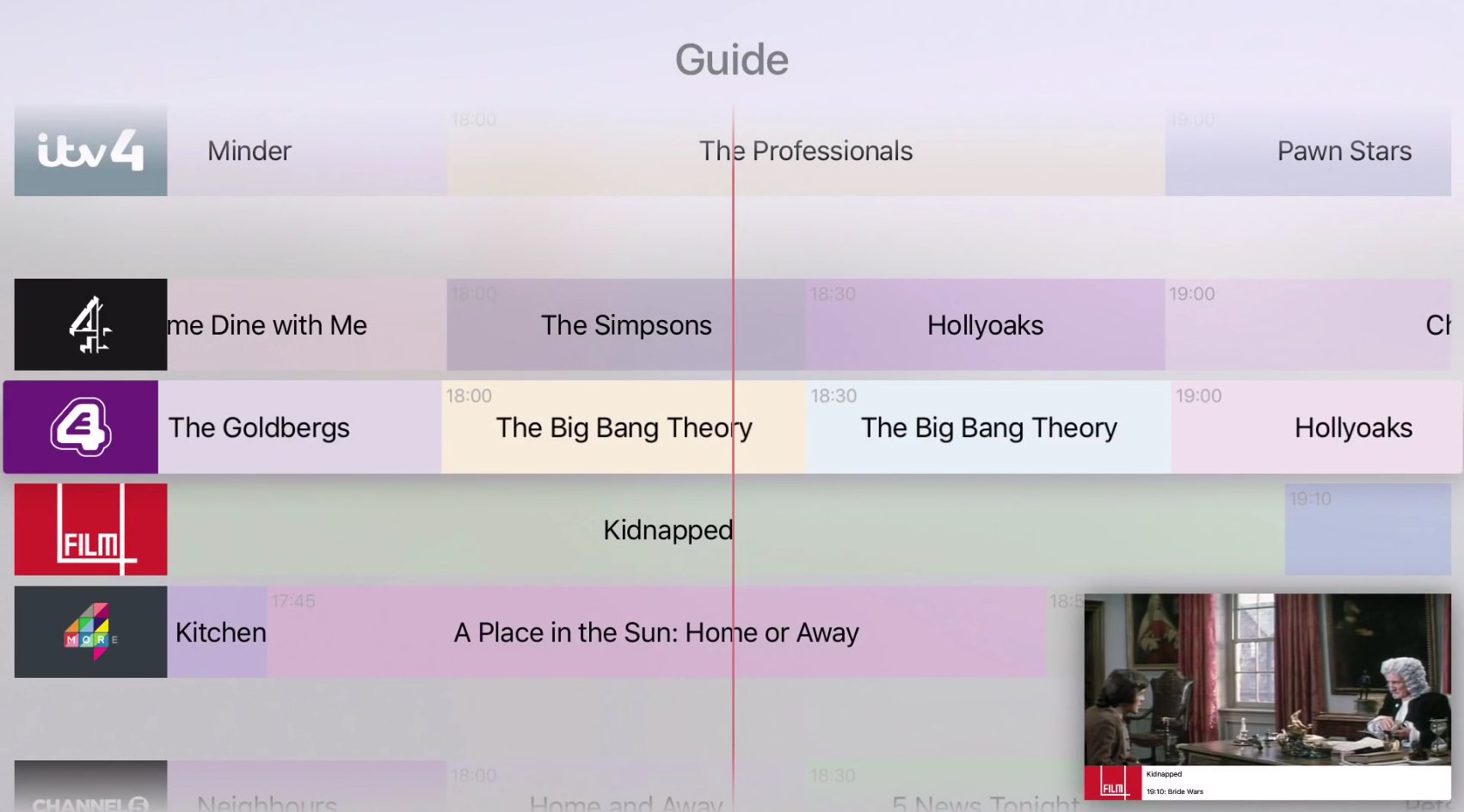 One of the major new features Apple introduced in iOS 9 was the ability to take advantage of Picture in Picture mode on supported iPad models; a multitasking mode perfect for watching videos while tackling other tasks at the same time, such as web browsing, document writing, social networking, and more.

Oddly enough, the Apple TV, which is essentially a media entertainment system in itself, doesn’t come with a similar feature for users wanting to multitask more efficiently on their television sets.

Developer Steve Troughton-Smith has demonstrated Picture in Picture multitasking on the Apple TV 4 via a custom app he made for himself, showing that the hardware inside of the Apple TV on the latest firmware is capable of handing the feature, but it appears Apple has chosen not to include it (yet).

Picture in Picture multitasking would be a great feature to have on the tvOS platform. Giving users the ability to move out of focus of a movie or TV show they’re watching to quickly look at other apps or to see what else is available to play seems like a no-brainer on an entertainment device like the Apple TV 4.

For those unfamiliar with the feature, Picture in Picture mode allows you to continue listening to the videos in the background, and it even lets you watch a preview of the video in a small thumbnail in the bottom-right corner of the screen while you do other things on your device.

Troughton-Smith shared the following video on YouTube you can watch that shows the feature working on an Apple TV 4:

What we can see from the video demonstration is that the A8 chip inside of the Apple TV 4 packs plenty of power to handle the multitasking abilities and that it looks absolutely stunning as a part of tvOS.

As of now, Apple doesn’t support Picture in Picture multitasking out of the box in tvOS. Troughton-Smith demonstrates the feature out of one of his own apps he had to program himself with a little coding wizardry of his own.

Apple may dabble in testing the feature in a future tvOS update for the Apple TV 4, although the desire of this is endeavor isn’t known for sure. It would also be unlikely for this feature ever to make it to an older Apple TV model due to running older firmware that are unlikely ever to receive new features again.

Troughton-Smith believes the feature was not pushed in the current tvOS because the operating system was being rushed into production in time for WWDC 2015 and there simply wasn’t enough time or resources to push it out the first time. On the other hand, he does believe it makes sense for the feature to be implemented in tvOS out of the box and suspects a day will come where it will.

The tvOS operating system is still very young and Apple has a lot of time and wiggle room to improve on it, whether that means waiting until the next major release to launch a feature like this or not.

As for you, would you like to see Picture in Picture come to tvOS? Share your thoughts in the comments below!