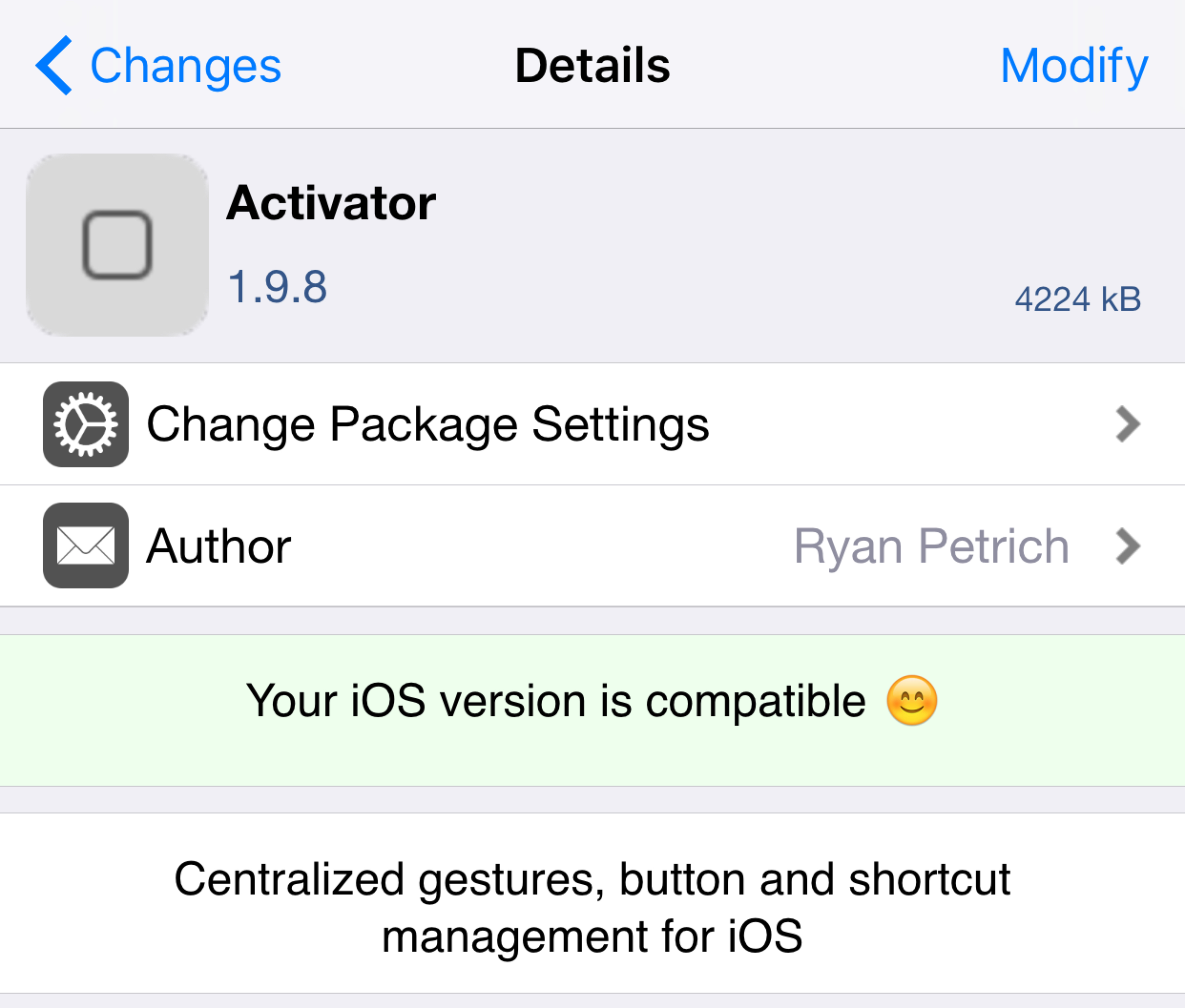 Ryan Petrich has released his massive update to Activator, an update that has been months in the making, to the public. After several beta tests, Activator 1.9.8 is now ready to go, and it brings features like Apple Watch support, event search, pauses between actions, and much more.

If you wish to try out this latest version of Activator, then you can get it free of charge on Cydia’s BigBoss repo. Check out the remainder of this post for the incredibly long changelog.

Although this changelog is nowhere near as large as the changelog was for the latest version of Logic Pro (that was insane), this is definitely one of the biggest sets of release notes that I’ve ever seen for a jailbreak tweak.

Activator was already a deep tweak before this update, but 1.9.8 takes it to another level. I think it’s time to open the Activator Academy, a school dedicated to using this wonderful tweak that so many other tweaks rely on. What do you say?