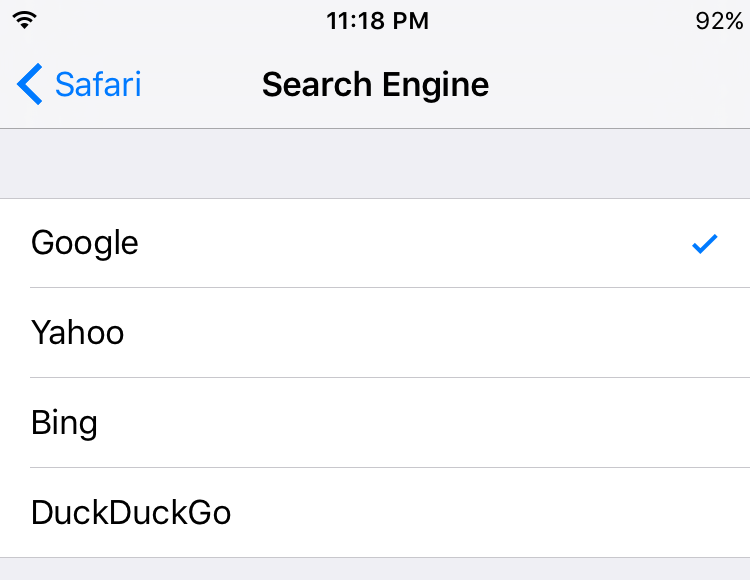 Google paid Apple $1 billion in 2014 to remain the default search engine on iOS, reports Bloomberg. The staggering number comes directly from a transcript of court proceedings in Oracle’s ongoing copyright lawsuit against Google, which stated that the search giant has an agreement with Apple that gives it a percentage of search revenue generated through iPhones and iPads.

The amount Google paid Apple to remain the default iOS search engine has long been speculated about, but the companies have never publicly disclosed it. In fact, when the terms of the agreement popped up in the recent court proceeding, lawyers from both Apple and Google filed requests to seal and redact the transcript, citing potential damages to their respective businesses.

Annette Hurst, the Oracle attorney who disclosed details of the Google-Apple agreement at last week’s court hearing, said a Google witness questioned during pretrial information said that “at one point in time the revenue share was 34 percent.” It wasn’t clear from the transcript whether that percentage is the amount of revenue kept by Google or paid to Apple.

An attorney for Google objected to the information being disclosed and attempted to have the judge strike the mention of 34 percent from the record. “That percentage just stated, that should be sealed,” lawyer Robert Van Nest said, according to the transcript. “We are talking hypotheticals here. That’s not a publicly known number.”

“The specific financial terms of Google’s agreement with Apple are highly sensitive to both Google and Apple,” Google said in its Jan. 20 filing. “Both Apple and Google have always treated this information as extremely confidential.”

Oracle has been in an ongoing legal battle with Google since 2010, over claims that the Mountain View company used its Java programming language to develop Android without paying for it. Oracle is seeking to win damages in upwards of $1 billion.