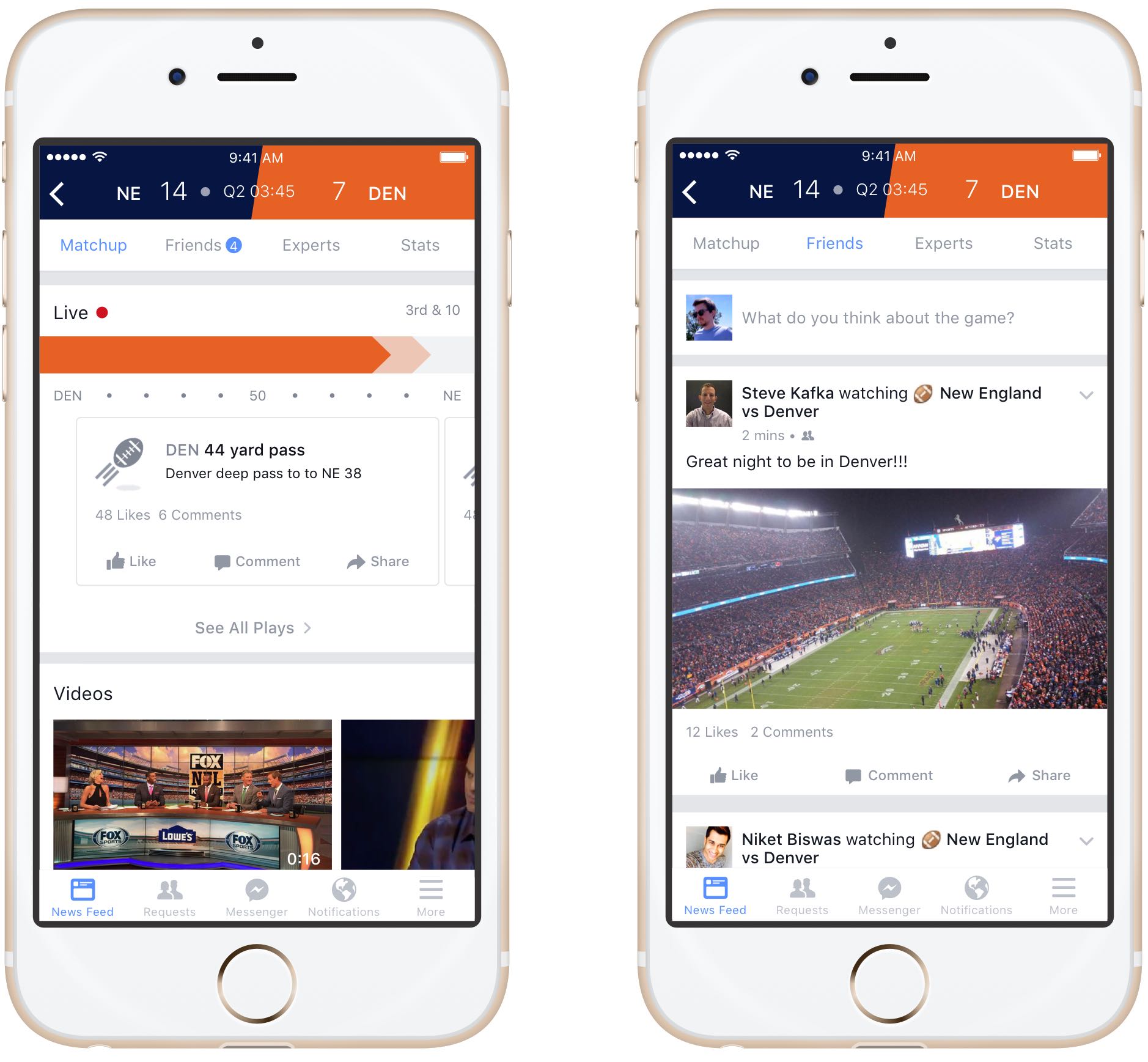 Yesterday, Facebook announced a brand new section on the service dedicated to sports fans and it gets its first big test during this weekend’s NFL playoffs.

The Facebook Sports Stadium, as they’re calling it because Facebook is “the world’s largest stadium,” is basically a dedicated place to experience sports in real-time with your friends and the world.

It brings all your game-related content on Facebook in one place, sorted chronologically and updated in real-time, including posts from your friends and their comments on plays, play-by-play information like where to find the game on TV, curated posts and commentary from experts, such as teams, leagues and journalists, and much more.

To get to the new section, search for the game in Facebook for iPhone. “We’ll surface new ways to get there as the product evolves,” the firm promises. 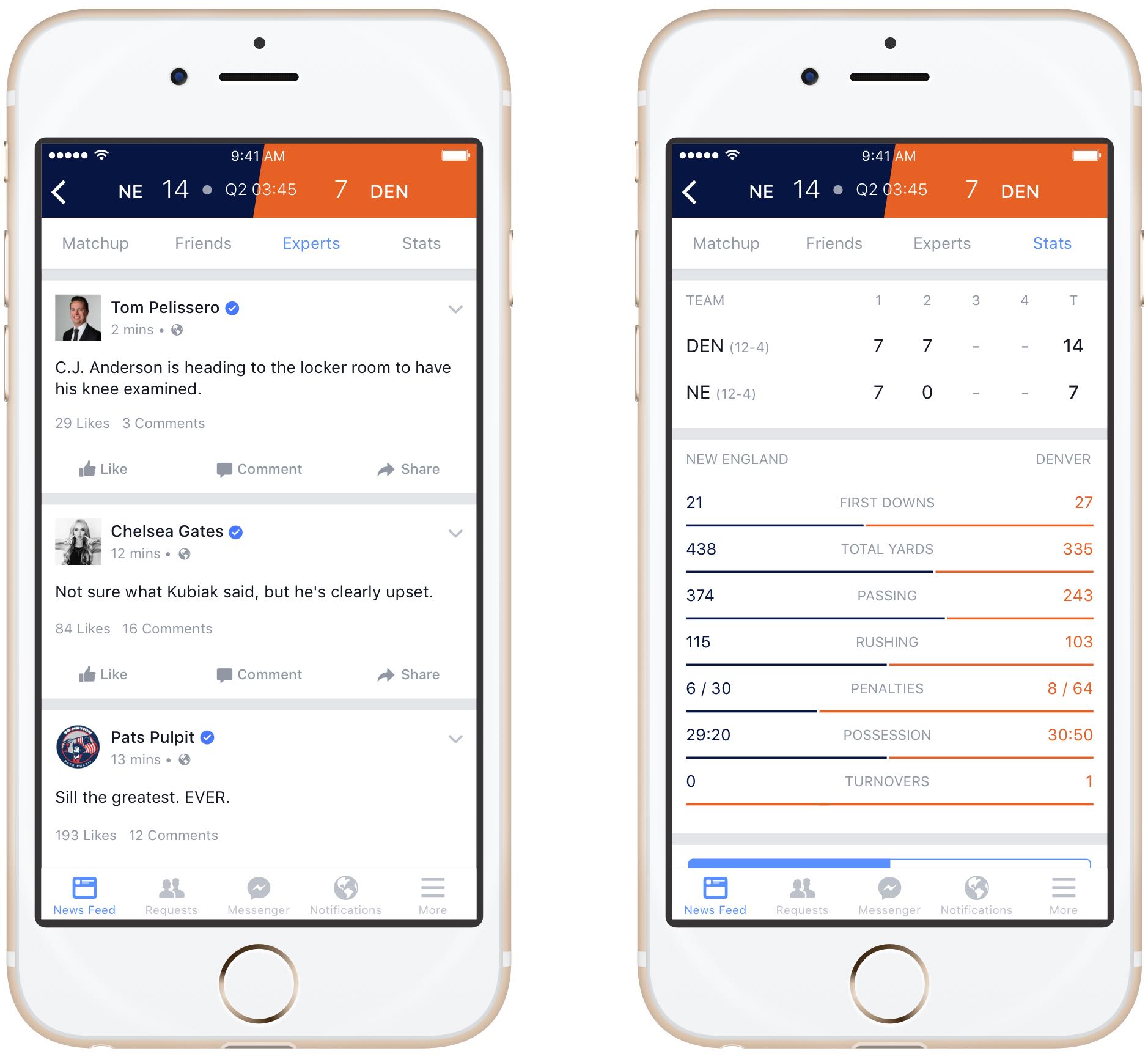 This feature is rolling out today for American football games in Facebook for iPhone in the United States. Other sports from around the world—like basketball, soccer and more—along with support for other platforms is due in the coming weeks.

Judging by the description, Facebook Sports should be a nice second-screen experience that promises to augment your Super Bowl broadcast.