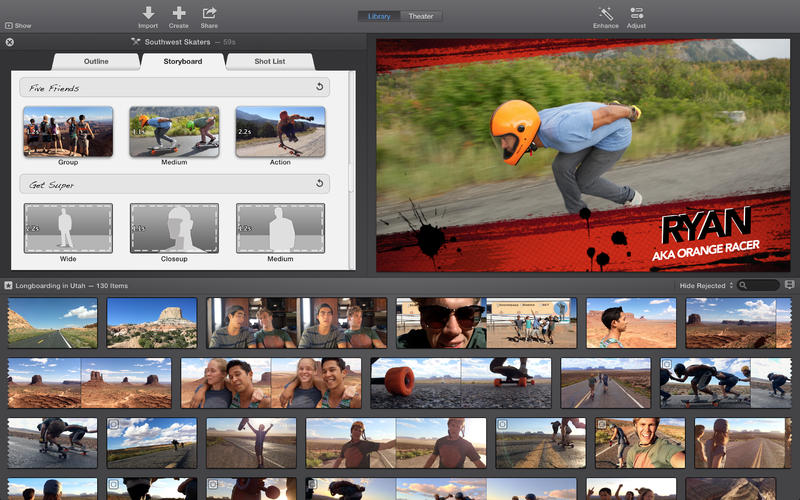 In addition to iOS 9.2.1 and OS X 10.11.3, Apple also seeded an update for iMovie today. The release brings the popular movie editing software to version 10.1.1, and it includes a number of improvements and bug fixes that are sure to appease users.

Among the bugs fixed are a known issue with YouTube sharing that caused problems for users with multiple accounts, a problem that prevented white balance adjustments from being applied to clips, and one that caused incorrect display of still images.

What’s New in Version 10.1.1
– Resolves an issue with YouTube sharing that could prevent sign in for users with multiple accounts
– Fixes a problem that could prevent White Balance adjustments from being applied to clips
– Sony XAVC S clips captured at 100 fps or 120 fps now play correctly
– Resolves an issue that could lead to incorrect display of still images
– Clips are now copied when dragged from the Project Media container to events in the Library list
– Stability improvements

iMovie is $14.99 in the Mac App Store, or free if you’ve recently purchased a Mac or iOS device.