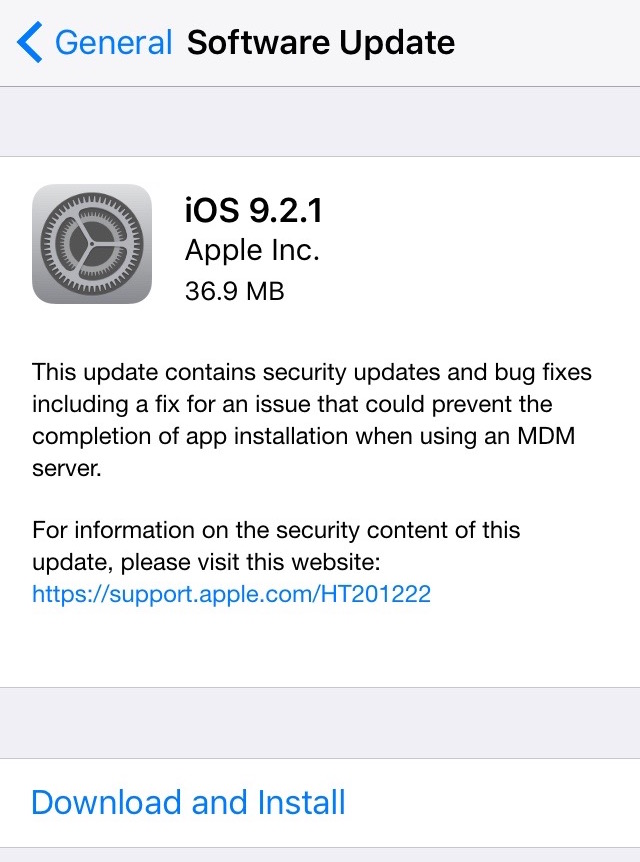 After releasing two betas, Apple has pushed the final version of iOS 9.2.1 to the public. The update is now available to all eligible iPhone, iPad, and iPod touch users. Simply go to Settings → General → Software Update to begin the update.

This update features the following:

Apple has provided a list of the security-oriented changes implemented into iOS 9.2.1, and it can be found via this link. There’s a familiar name credited in the change log, Nikias Bassen, better known around the jailbreak community as pimskeks.

If you’d prefer to download the update directly from Apple, you can do so from our downloads page.

iOS 9.2.1 is a very small update, but due to the security updates and bug fixes, we recommend updating if you’re not jailbroken.